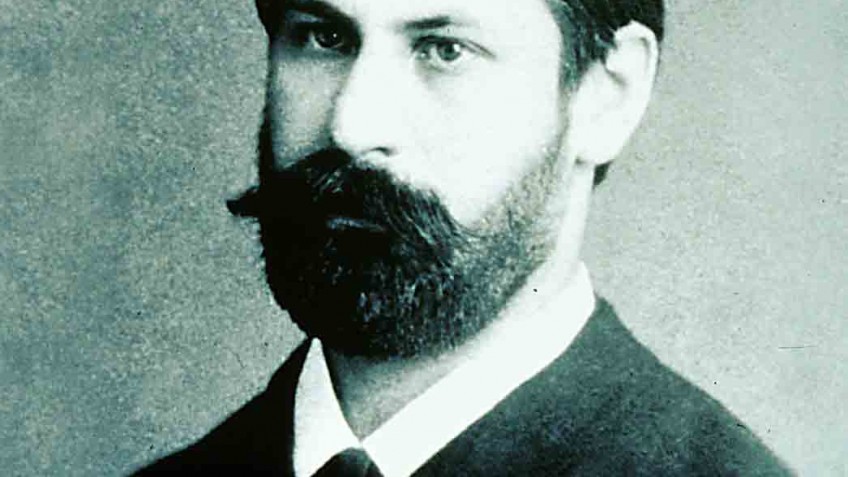 Young Dr. Freud, a documentary by David Grubin (Napoleon, Abraham And Mary Lincoln: A House Divided) about the formative years of Sigmund Freud&#146;s psychoanalytical career, is a gallant effort at holding the viewer&#146;s attention span over a two hour period split into equal parts. Sometimes it resembles one of Dr. Freud&#146;s famous dreams, with vivid photographs of Vienna and Paris interspersed with realistic portrayals of hysteria and nightmares. The natural fascination of the Oedipus complex theory combines with fine visuals and background music that together make a cerebral experience also pleasurable to the senses.

If he could observe from the grave, Freud might be amused at the way the pop-culture has appropriated his terminology, turning it into everyday parlance. Terms like Oedipus complex, the unconscious and the Freudian slip are tossed about in a way he never would have anticipated. Young Dr. Freud, as the title suggests,focuses on the early part of Freud&#146;s professional life, though any delineation of his life into young and old phases is bound to be arbitrary. The documentary begins with Freud&#146;s medical education and ends with the publication of The Interpretation of Dreams in 1900, the first publication of his theories of psychoanalysis.

Freud was born in Freiberg (now part of the Czech Republic); his family moved to Vienna when he was just four years old. He entered medical school in 1873 where he immersed himself in psychological research and specialized in neurology. The Vienna of Freud&#146;s medical student days was at the zenith ofAustro-Hungarian empire glory, a place of grand architecture and wide boulevards, admirably displayed in Young Dr. Freud&#146;s montage of photographs.

Freud was increasingly impatient with his staid existence and longed for the glory of scientific achievement and its concomitant riches. He went to Paris for a year, and worked with the renowned neurologist, Jean Charcot, described as the "Napoleon of Neurosis." Charcot was trying to cure hysteria through hypnosis, and his work was to have a profound influence on Freud&#146;s thinking. Back in Vienna, Freud continued studying the causes of hysteria in collaboration with his colleague Josef Brener. They publishedStudies on Hysteria in 1885. This was a period of great intellectual ferment for Freud. He used the new-fangled technique of free association, letting patients talk without inhibition, gradually uncovering the cause of hysteria or neurosis in some repressed event from the past. The patient stretched out on a couch during such sessions&#151;in time Freud’s reality became the popular stereotype of the shrink experience.

Despite his advances in psychotherapy, Freud was not happy professionally. His father&#146;s death in 1896 was traumatic; immediately after, Freud had a disturbing dream that led him to psychoanalyze himself to find out if his current restlessness (bordering on neurosis) was a result of childhood abuse by his father. During the course of studying this startling aspect of his past (which ultimately turned out to be fruitless), Freud went off course and developed his ideas about infantile sexuality and the Oedipus complex that became the cornerstone of his academic work. The connection between mental disorder arising from paternal abuse and a theory focused on maternal obsession is not clearly spelled out in the documentary, its only discernable weakness in an otherwise flawless presentation.

Young Dr. Freud is full of visual and audio techniques meant to keep Freud fans engrossed and the merely curious interested. In addition to the detailed cityscape photographs there are portrait photographs, including both Charcot and Brenner, powerful images that provide a palpable sense of their intelligence and energy. The dream sequences, especially the dream that immediately followed the death of Freud&#146;s father, are pictured in expressionistic detail and accompanied by music calculated to evoke the mysterious. The biographical narrative is richly supplemented with interpretive comments by featured psychoanalysts including Martin Bergmann, Morris Eagle, Ethel Person, Elisabeth Young-Bruehl.