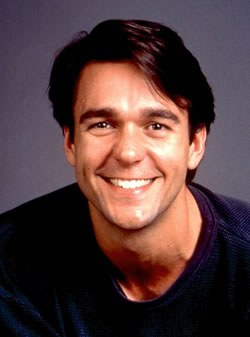 Herman Melville’s novella, Billy Budd, published posthumously in 1924, is an allegory, a tale pitting the goodness of the title character, a young seaman, against evil, represented by the scheming John Claggart, the master-at-arms on board H.M.S. Indomitable, a British war ship in 1797.

The plot is straightforward. Claggart, a rigid disciplinarian and a bully, is provoked by the instant popularity of Budd when the latter is impressed into service on the ship. He schemes against Budd, asserting to Captain Vere that Budd is conspiring to mutiny. Vere brings them together in his quarters and Claggart repeats his accusation. Billy, a stammerer, is infuriated and unable to express himself; he strikes and kills Claggart. Vere, though sympathetic to Budd, feels the law must be upheld. Though he could prevent it, he allows a court martial to sentence Budd to death and Budd is hanged.

The opera, with a libretto by E. M. Forster (with Eric Crozier) and music by Benjamin Britten, is faithful to Melville, but also adds an unmistakable homoerotic subtext–the collaborators were, after all, both gay. (San Francisco Opera’s extensive program notes inexplicably fail to mention the point.) Claggart sings of Billy, "O Beauty, O handsomeness, goodness, would that I never encountered you!" His resentment of Billy is likely compounded by forbidden desire, an element that adds depth to the motivation. It’s not crucial to the work, but its presence is undeniable and certainly consistent with Forster’s own difficulties coping with his homosexuality.

The threat of mutiny is important to the plot and gains credence with the oppressive treatment of the ordinary seamen by the officers. The injustice, especially that against sailors impressed, i.e., forced into duty against their will, is rationalized as required by the needs of war, a theme of powerful contemporary resonance. The action takes place less than a decade after the French Revolution, the French are the enemies of the British in the current war, and Budd’s previous ship was called, "The Rights of Man." Where is the line drawn between individual rights and societal necessity?

A blur’s in my eyes; it is dreaming that I am.

A hatchet to my hawser? all adrift to go?

The drum roll to grog, and Billy never know?

Claggart is sung by Phillip Ens with dramatic conviction and a strong bass voice. He not only brings out the evil in the character, but expresses Claggart’s unhappiness at his current position and suggests his own tortured past. Thus Claggart is humanized in his evil, making the characterization all the more powerful than unexplained, unmotivated cruelties would be.

Most crucial here was the tenor, Kim Begley. Begley not only is possessed of a ringing, beautifully placed tenor instrument, but his layered interpretation of Captain Vere, the tortured adjudicator, is at the moral core of the opera. Riddled with doubt and saddled with responsibility, Vere’s conundrum is at the fulcrum of Billy Budd‘s philosophical concerns. "O for the light of sweet Heaven to separate evil from good," he sings, craving a simple answer to the ambiguities and moral complexities of the real world.

Donald Runnicles’ conducting not only provided firm control, but brought out the subtleties of Britten’s lush orchestrations, especially in the brass and woodwinds. The unit set of the main deck at the prow of the ship, with a crisscrossing of the linearities of the floorboards and the sweep of the rope lines running up to unseen masts, is handsomely designed and appropriately functional, providing background for the drama rather than calling attention to itself. Stage director Sabine Hartmannshenn marshaled the large cast, including a chorus of 66 and 30 supernumeraries, with a strong sense of stage composition and natural movement.

(21825)
$3.99 (as of January 21, 2021 - More infoProduct prices and availability are accurate as of the date/time indicated and are subject to change. Any price and availability information displayed on [relevant Amazon Site(s), as applicable] at the time of purchase will apply to the purchase of this product.)