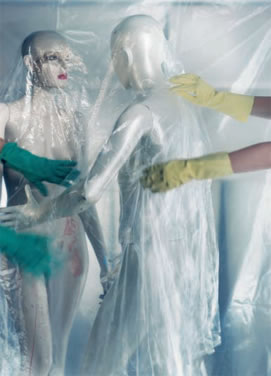 Given its reputation as perhaps the supreme opera, Mozart&#146;s Don Giovanni escapes the lacquer that might otherwise enshrine it because the subject is intrinsically subversive. No one would be more delighted to prick the balloon of sacrosanctity, one feels, than Don Giovanni himself, who sends up every law of man and God and is magnificent even in his ultimately tragic isolation from the rest of humanity.

The Don claims to adore women, but this is difficult to believe: he is never seen taking a woman seriously, or attempting to reach her except to appease his lust. Is it lust for pleasure or lust for conquest that motivates him, or simply the determination to satisfy whatever impulse he feels at any given moment? We cannot be sure, and because of that we cannot be sure how we ourselves feel about him. For that reason, as well as for the gorgeous music he gets to sing, we succumb to his insidious charm. Yet, aside from his ultimate defiance of the Statue that bids him repent, a cry of "No!" that defies the divine order itself, does anything that he sings express the soul of the man? Is not all of it pretense, a set of masks designed to hoodwink others? We assume he has the self-consciousness of the great dramatic characters because Mozart and da Ponte have made him too intelligent not to possess it, but what sort of self does he believe in? And does he take anything outside that self seriously?

For the Metropolitan Opera House to use Don Giovanni to open its season piles another irony on top of the rest. Such occasions are not expected to unsettle but to entertain. The Met brought the gamble off by bringing back Franco Zeffirelli&#146;s outsize and splendid production and giving it an A-list cast, including many singers new to their roles at the Met.

Zeffirelli&#146;s staging has been much revised by Stephen Lawless. The greatest improvement comes in the climactic appearance of the Stone Guest, an event the original staging did not manage with even elementary craft. So enamoured was Zeffirelli of his image of the grand seigneur alone at the dinner table that he could not bear to put the tableau anyplace but stage center; it was difficult to find the Statue&#146;s entrance terrifying when the maitre d&#146; and his posse of waiters removing the table took him no more seriously than any other inconvenient Party of One. In the revision, the entire baroque funerary monument from the scene of the invitation rises out of the earth, the Don defies heaven while standing in mid table, and the whole ensemble sinks together into the infernal regions. This clears the stage for the final sextet, which seems to come from some other production. The characters wander aimlessly about the stage in a fashion that recalls Magritte, and not merely because Donna Elvira wields an umbrella with the devotion most Elviras feel towards a crucifix.

The word most suited to this staging would be "busy," and not just because Don Giovanni is already an opera crammed with incident. None of the singers are permitted to "stand and deliver" in even the most contemplative of their arias, but are directed into constant movement. Hei-Kyung Hong, who sang Zerlina lusciously, deserves credit for doing both her arias in postures out of the Kama Sutra, her phrasing the more a marvel because most of the time she has her legs in the air being stroked by John Relyea&#146;s Masetto. (This may also account for the unevenness of her fioritura.) Too, like Jonathan Miller&#146;s Le Nozze di Figaro two years ago, this Don Giovanni subscribes to the notion that in formal 17th-century Spain, gentlemen of fashion seldom addressed the fair sex without sticking their hands into the ladies&#146; underclothing. This may be proper behavior nowadays &#150; all over the Met one can see polite society engaging in just such flirtatious gentilities, although forwardness is no longer restricted to one gender &#150; but it looks out of place, absurd and tasteless in stagings of classic works set in earlier eras.

Bryn Terfel sang his first Don Giovanni with the company, and not since Cesare Siepi has the Met boasted a Don who seemed so involved in the part. He has made the conscious choice not to be charming, as Siepi was: a gentleman with an ethical blind spot, but a gentleman still. Rather, in accordance with current gender politics perhaps, Terfel portrays a cold, even brutal egoist, incapable of treating anyone, even his faithful servant, Leporello, with anything but contempt and, not far behind it, violence. So thin is the mask on his cruelty that it&#146;s hard to believe he could fascinate Donna Elvira and Zerlina in the brief time it takes him to get any female (and her lingerie) under his thumb. He adds to the Satanic aspects of the character by guessing people&#146;s identities while ostentatiously facing in other directions &#150; a neat if perverse use of da Ponte&#146;s recitatives. His ultimate defiance of heaven&#146;s wrath seems to be inspired by neither despair nor the fearlessness that is part of a Spanish nobleman&#146;s code, but by contempt for God and every other order of being not contained in his own will.

Musically, the Don was a great improvement on Terfel&#146;s Figaro. Eager to show his prowess as an actor, perhaps, and assuming that we all understood he could sing the role like nobody&#146;s business, Terfel spent most of those performances panting, grunting, groaning and emoting the music in a way that swiftly became tiresome. His Don Giovanni disdains to sue for our favor, but delivers phrase after phrase of mellifluous Mozart. The Champagne Aria was swift but not garbled, and the inability of the mandolin to keep pace with him did not deter him from a gorgeously phrased serenade.

Ferruccio Furlanetto, the Leporello, sang with unwonted depth and richness and acted both the comic and the cynic with bitter glee. Paul Groves had a little trouble with the long, long phrases of "Il mio tesoro", but was by and large as convincing and liquid-voiced a Don Ottavio as the Met has fielded in years. Sergei Koptchak, as the Commendatore and the Stone Guest, made up for a lack of physical stature with exciting, dark-hued sounds. John Relyea looked far too splendid as Masetto to make his constant humiliation at the hands of his social betters quite credible, and his singing, if beautiful, was less physically impressive than that of the rest of the cast.

Renee Fleming, America&#146;s sweetheart, sang Donna Anna, and the emotional confusions of this neurotic lady seemed to suit her vocal second guessing, the way she sometimes withholds herself from the notes while committing herself to the gestures. The voice was always lovely, the style unusually free from her tendency to croon, the acting determined and involved. It&#146;s too bad this production (like too many nowadays) has her being seduced by the Don during the opening trio &#150; in both text and music she is howling for his blood, and he is spitting contempt &#150; but she sang a warm "Non mi dir," while playing with Ottavio&#146;s hair, and it is a rare pleasure to hear "Or sai chi l&#146;onore" without worrying whether or not the soprano has the florid technique to handle the ornamental bits while still sounding angry.

If Hei-Kyung Hong lacks any quality, as her career goes from triumph to triumph, it is a sense of humor or, rather, of mischief. She does get laughs as Zerlina, while obviously being too tough a nut for any man to trifle with, but this is not a cute little Zerlina, a Dresden china shepherdess who surprises us with her resilience. Faced with a Don as sinister as Terfel&#146;s, that might be a wise choice. Vocally, she has this one down cold, or at any rate very cool, and, technically, I doubt either Anna or Elvira would be difficult for her &#150; for one thing, her voice, in addition to its beauty, expressiveness and agility, was the largest on stage after Mr. Koptchak&#146;s.

Norwegian soprano Solveig Kringelborn made her New York debut as Donna Elvira. She is a handsome woman and a good actress &#150; Elvira&#146;s contortions are not easy to make believable as the behavior of one woman. It was a nice touch to have her treat Leporello&#146;s Catalogue as a joke &#150; until, halfway through, reality sinks in. The voice is attractive but not ideally agile &#150; some of the phrases of "Mi tradi" were more hysterical than the music requires.

Seldom can any Don have had three quite so attractive women to ill-treat as in this cast. But it was the Maskers&#146; trio, from Mmes. Kringelborn and Fleming and Mr. Groves, that awed the audience to a breathless hush. James Levine conducted, and the Met orchestra played, suavely and with the greatest excitement and love.