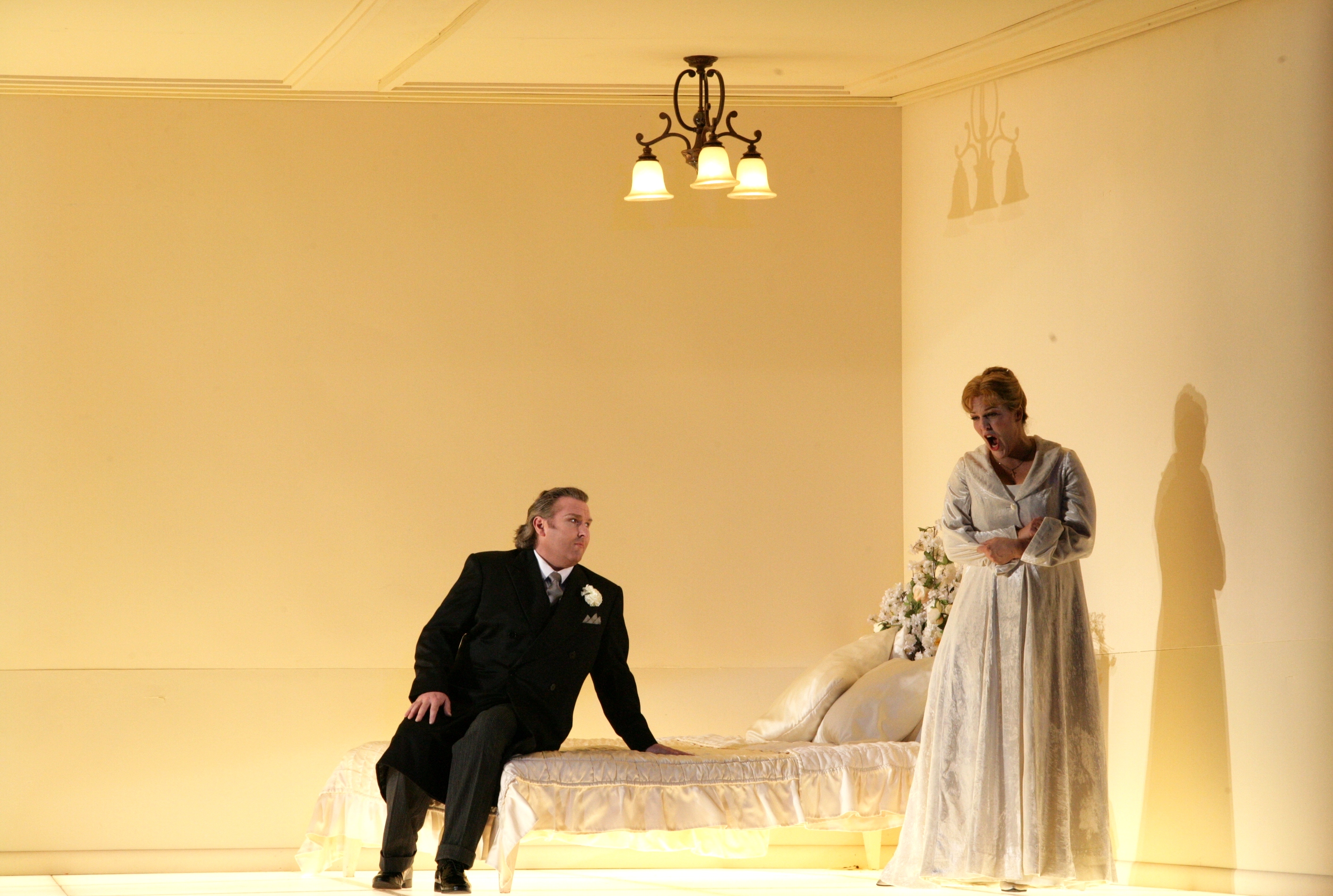 What is it about do-gooders who want to remain anonymous? Whether it’s the Lone Ranger, Spiderman, or Lohengrin, the greatest rescuer in all of the operatic canon, they wish to blow into town, fix things, fall in love with the damsel, and remain nameless. After a long break, Houston Grand Opera marks a return to German opera with their dazzling production of Richard Wagner’s Lohengrin, a co-production with Grand Théâtre de Genève.

Wagner’s tale of redemption involves a wrongly accused Elsa of Brabant, who is rescued by a messenger from the Holy Grail, who agrees to marry her providing she never ask his name and country of origin. Elsa crumbles during her marriage night, asks the question which Lohengrin must respond to, sending him back to his father Parsifal and Holy Grail duty. Somewhere in the middle, the jealous Ortrud and her husband Friedrich of Telramund cause a whole lot of trouble for the otherwise happy couple.

New Zealand tenor Simon O’Neill makes an impressive HGO debut in this role. He’s full of the right amount of stranger swagger, and has full command Wagner’s nuances. American Soprano Adrianne Pieczonka, also making her HGO debut, is a portrait of innocence and purity as Elsa of Brabant. Her bright sound and convincing acting combine to create a seamless performance. Soprano Christine Goerke endows the wicked Ortrud with a devilish glee. She galvanizes our attention with her powerful sound and presence. Gunther Groissbock bestows King Heinrich with a noble grace, while HGO Studio alumnus Richard Paul Fink delivers a lively performance as the scheming  Friedrich of Telramund.

Downplaying the religious dichotomy between Christianity and paganism, director Daniel Slater sets his opera during the 1950s, in an unnamed Eastern European country undergoing considerable political strife. Set and costume designer Robert Innes Hopkins places the opera inside a rather utilitarian library, where ransacked shelves are half empty. Is this a fascist state where all the books are banned? Sure, it’s a little odd to have this medieval story unfolding while the women are dressed like Jackie O, but it’s also intriguing in a strange way. Why not re-imagine Wagner? Who needs to see that white swan anyway, it’s in the music and libretto.

Despite the somewhat controversial setting, it’s the music that reached sublime heights. Conductor Patrick Summers stirs an ocean of sound in a triumphant performance by the expanded HGO Orchestra, marking their first-ever Wagner. The on-stage trumpeters also deserve special recognition. Equally impressive are the members of the HGO chorus, under the direction of Richard Bado. HGO proved, without a doubt, that they are on solid ground to launch their much-awaited return to German opera.