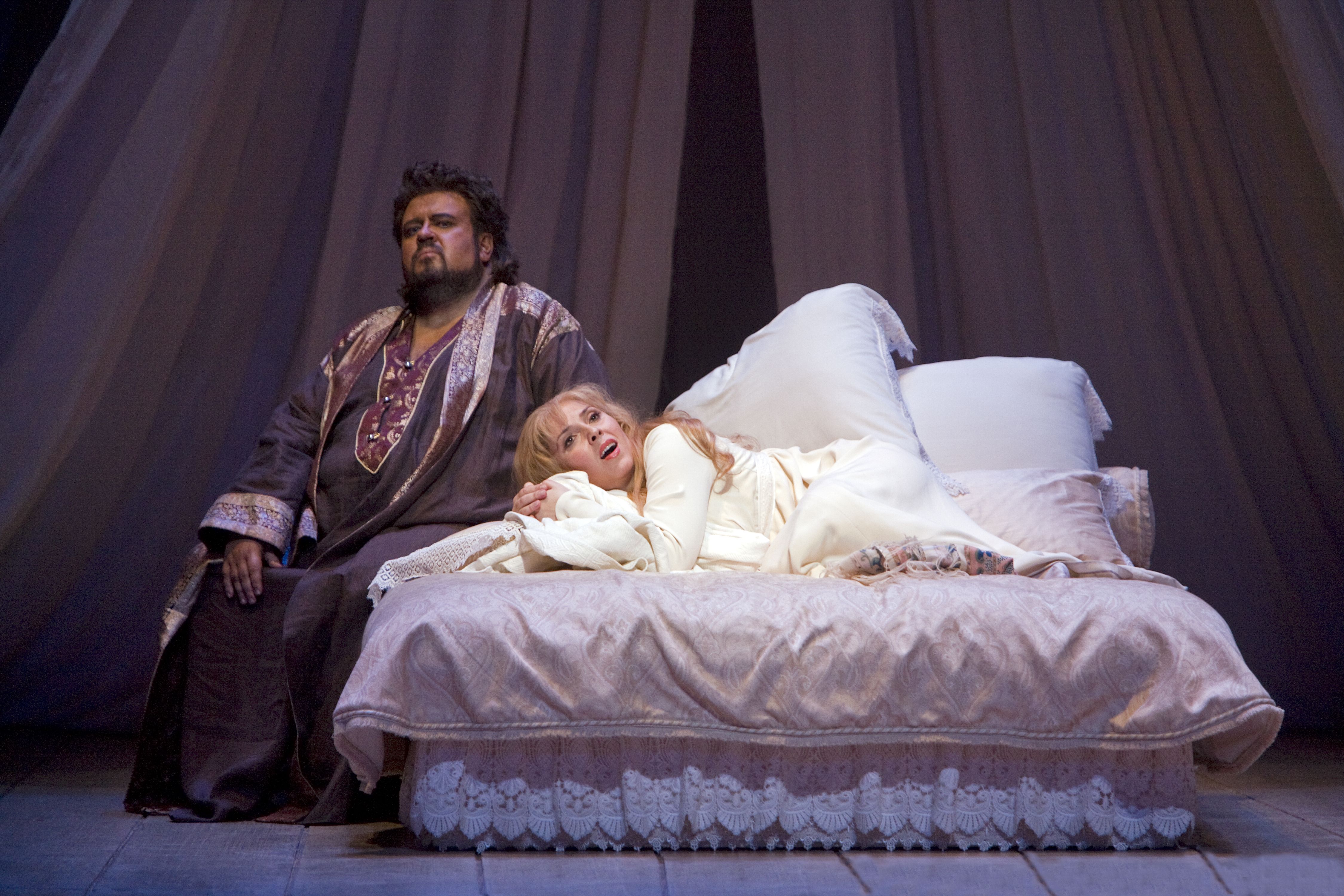 When the great Italian composer Giuseppe Verdi decided to turn the great British poet William Shakespeare’s “Othello” into an opera, he wanted to call it “Iago” after the villain of the piece. His librettist, Arrigo Boito (himself the composer of the opera “Mephistofele”) convinced him to leave the original name, dropping only the ‘h’. After seeing the production mounted as the fall season finale at San Francisco Opera, I would definitely vote for calling it “Desdemona.” Whenever the lovely Bulgarian soprano Zvetelina Vassileva was onstage, the work came to luminous life. But, alas, aside from a few moments at the end of Act One and some wonderful work from Ian Robertson’s chorus and music director Nicola Luisotti’s orchestra, the rest of it was as inert as the unfortunate heroine at the end.

It wasn’t supposed to be that way. South African tenor Johan Botha had the title role and he is touted as the reigning Otello of our time. But Botha was not in top form at the opening performance, strained in the upper register. As an actor, he gets about a C-. A large man, he takes two positions, either he sits or he stands (except for the famous epileptic bit when he actually manages to fall down). In spite of the passionate words and soaring music of the “three kisses” love duet in Act One, there was little heat between him and Vassileva. His jealous rages as Iago’s poisonous plot begins to take hold were more the petulant rants of a little boy than the fury of a mature man betrayed and, worst of all, when he stabbed himself at the end of the opera, desolate at Desdemona’s murder and his own betrayal, he appeared to do so in the thigh. A pretty quick demise followed, all from a wound in the thigh.

Marco Vratogna, the only genuine Italian in the cast, was an arresting Iago, his shaved head adding to the sense of menace he projected. His duet of vengeance with Botha at the end of Act One was a vivid moment, as was his statement of evil purpose “Credo un Dio crudele” (I believe in a cruel God) a little earlier. But the Brindisi, the drinking song he leads to entrap the innocent Captain Cassio (Beau Gibson) in his plot, was less than rousing. No, it was the soprano who saved the day. Vallileva’s long scena near the end, the “Willow Song” and “Ave Maria” that followed it, was nuanced and heartbreaking, almost as if she was anticipating her own death.

Director Stephen Barlow, who restaged Peter Hall’s original done for Lyric Opera of Chicago, set the action in some vague Napoleonic period evidenced by the costumes. But, even so, Otello himself appeared in a succession of richly-decorated robes, looking more like a Turkish pasha than Venetian general. Even worse was the set, not credited to anyone, perhaps for good reason. The multi-leveled affair with balconies and doors looked a little like the New Orleans French Quarter on a bad day. One was glad when it finally disappeared, giving way to a vast curtained bed for the final scene. San Francisco Opera has had a splendid fall season, with one beautifully staged and sung work following upon another. The glory of “Il Trittico,” the whimsy of “Daughter of the Regiment” and the seductiveness of “Salome” all are feathers in the cap of General Director David Gockley. One wishes the season had ended on a higher note.