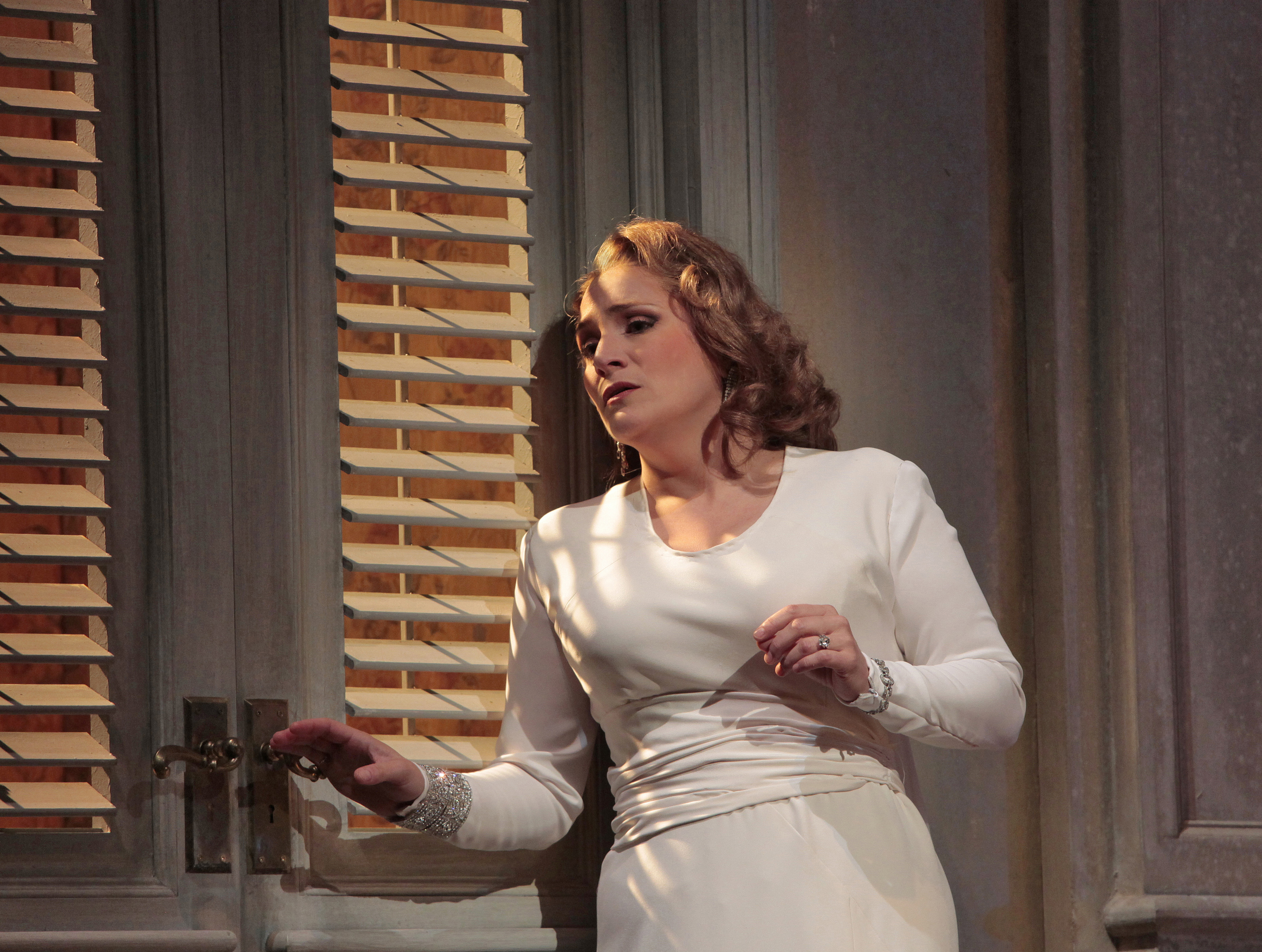 The Letter, a world premiere

There’s nothing new about operas based on works of literature. The Letter,  however, a new opera by Pulitzer-prize-winning composer Paul Moravec and librettest Terry Teachout, (theatre critic for the Wall Street Journal and leading arts-blogger) is an opera based on a play, adapted from a short story that was based on a real murder that took place in Southeast Asia a century ago. Not only that, the play was also turned into a movie, twice. The first version, in 1929, starred Jeanne Eagels, and the second, more famously,  was a vehicle for Bette Davis. This film, nominated for Best Picture, Best Director and Best Actress in 1940, was directed by William Wyler, who went on to direct Davis in Jezebel and The Little Foxes.  “Fascinating. Tantalizing. And Dangerous!” announced The Letter movie poster. What a  perfect set-up for an “opera noir”.

Moravec and Teachout make a good team. They know opera, use cinematic story-telling techniques, and manage to get through the whole work in the same amount of time as a movie—90 minutes. This is in-and-out opera, perfect for an urban, weeknight,  in-a-hurry crowd, (unless the goal is socializing over champagne at intermission–because there is no intermission). They offer  sex and violence,  English lyrics,  and simplified characters and settings (especially compared to the second movie). Where The Letter work seems to falter,  is in its operatic qualities.

Opera is about vocal expression. In  Patricia Racette, they have cast a powerful diva,  a Bette Davis who can blast, beautifully. She creates a villainess/heroine who certainly offers no shortage of will.  Racette is a dramatic soprano who knows her way around a fortissimo. But even if she has the lungs to pull off lyrics like, “what’s that bitch doing in your house?” and actually mean it, the music itself, the arias she is given, never seem to rise to the kind of musical fever-pitch that Racette the actress wants to throw herself into.  In the quest to create a quick and easy opera for movie buffs, the composer has limited his own opportunity to create a multi-faceted vocal character—a woman who feels, “alone in the jungle”, not just an adulteress driven to murder the man she cannot have.

Around Racette are a bevy of men– baritone Anthony Michaels-Moore, as the faithful husband, tenor Roger Honeywell, as the murder victim (who doesn’t  get to sing before being shot, six times, until a flashback, when he gets shot six times again), as well as tenor Rodell Rosel as an Asian clerk, and another tenor, Keith Jameson, as a Colonial Official. Unfortunately, with the exception of Michaels-Moore, who is given a powerful aria at the very end of the opera,  and the corruptible, world-weary attorney, well-sung by baritone James Maddalena, the men are somewhat indistinct, dramatically and musically. Some of the best writing is choral–for the male chorus playing jurors.

This is Moravec’s first major opera. He won the Pulitzer prize for a chamber piece inspired by Shakespeare’s, The Tempest;  and has also written instrumental pieces about the northern lights, Charles Lindbergh, and Antarctic expeditions. He has been called a “neo-romantic”, his music lauded for its accessibility.  All this would seem to suggest an affinity to the operatic medium, and there are moments in the piece with genuine power and thrill. On first hearing, however, it seems the composer has emphasized a score with more musical riches coming from the pit than those being offered by the voices on stage. The cinematic “noir”  overshadows any outstanding lyrical vocal drama. The ultimate challenge must be for an orchestral composer to write one, unforgettable song-line.

A  brief, dramatic and musical highlight comes in the scene in which the “Chinese whore” whom Racette’s former lover has rejected her for, arrives with the incriminating “letter” in person.  Musically, the aria, for mezzo Mika Shigematsu, is stunning. But Teachout, for some reason, ends the scene with a highly unbelieveable vow of “I forgive you.” What this opera needs is  more Bette Davis, and  less forgiveness.