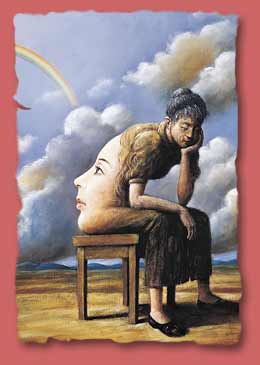 The Legend of Baby Doe: The Life and Times of the Silver Queen of the West

The Ballad of Baby Doe, which had its premiere in 1956, was commissioned by the Koussevitsky Foundation of the Library of Congress to commemorate the bicentennial of Columbia University. (Composer Douglas Moore was on the Columbia faculty.) It is one of the most popular American operas, one of very few to establish itself firmly in the contemporary repertoire, though only now getting its first production at San Francisco Opera.

Based on historical characters in the American west in the late nineteenth century, both the themes of the opera and Moore’s music are unmistakably American. Horace Tabor was a Colorado silver mining tycoon, his success due, at least in part, to his marriage to Augusta, "the boss’ daughter." But Augusta clings to social convention and middle class values, while Horace, from humbler beginnings, is less constrained, and as a frontier man and an entrepreneur, less judgmental. "Dollars from the saloon, dollars from the mines – makes no difference," he says.

Elizabeth "Baby"Doe arrives in town, having divorced her miner husband. She and Horace fall in love. Some months later Augusta learns of the affair and vows to break it up, but she fails – Horace divorces her and marries Baby Doe. Augusta is deeply bitter, and Horace and Baby Doe, despite the huge financial success of the silver mines, are snubbed socially. Tabor’s fortune is lost when the silver market collapses, but Baby Doe remains loyal to him.

The opera’s setting is quintessentially American: the westward migration, a mining town at the frontier, populist politics, upward economic mobility, and the openness of democratic opportunity side-by-side with social climbing pretentiousness and class distinction.

The first act is largely expository, establishing characters and situation, but the second act changes gears in an unanticipated way. The plot line – the loss of fortune and the survival of true love – fades in importance, supplanted by an an exploration of the characters of Augusta and Horace in unexpected psychological depth. The conflict that makes Baby Doe work with powerful theatrical effectiveness is not the conflict in the romantic triangle, but the individual internal conflicts of Augusta and Horace as they reflect on their lives and behaviors, face their mortality, and try to find an elusive emotional and spiritual peace.

Baby Doe herself is far less complicated; she embodies down-to-earth values and an open and loving heart, loyal to her man even in reduced circumstances. But the character doesn’t offer the introspective reflection that the others do, nor does she change with time and circumstances as the others do. Moore gives his soprano ravishingly beautiful arias, as shimmery as the silver itself, performed superbly in this production by Ruth Ann Swenson.

It was veteran mezzo Judith Forst’s Augusta who became the more interesting, more sympathetic character in a performance acted and sung with profound conviction. After she refuses a request by Baby Doe’s mother for help for the family when their money is gone, Augusta sings an aria that movingly explores her experience of rejection, her genuine yearning to overcome her bitterness, and her understanding that her history with Horace is a part of her always. The aria ends with moving irony when Augusta is unable to make the leap to forgiveness, and in understanding that failing, defines both her humanity and her own tragedy.

Horace, too, gets a major aria of reflection in the final scene, at the darkened opera house of Leadville, his memories fleshed out with flashbacks running through his failing mind as he confronts both his past and his mortality. In the end, as snow starts to fall, it is only the constancy of Baby Doe’s love that gives meaning to his life and hers. James Morris’ performance captured both Horace’s bravado and his underlying vulnerability.

Moore’s music draws on folk themes, hymns, old waltzes. It is melodic and accessible, but also succeeds in maintaining a sufficiently dry edge to avoid the sort of cloying sentimentality that these sources might engender.

In this, the third production of the current season, SFO finally got all the pieces together – fine singing and acting in an appropriate production of an American opera that is thoughtful, sophisticated, and genuinely moving.