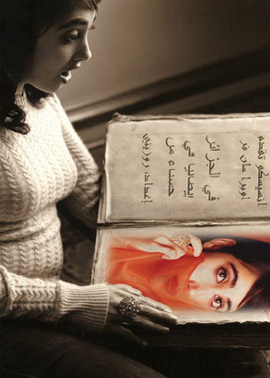 In the nineteen years from 1810 to 1829, Rossini composed an astounding thirty-eight operas. The Italian Girl in Algiers, which was written in twenty-seven days, premiered in Venice in 1813, when Rossini was all of twenty-one years old, and helped establish his reputation in Europe as a composer gifted with a facility for endlessly inventive melody, original harmonies, and shimmering orchestrations.

Rossini was the wellspring of the bel canto style, utilizing florid melodic lines and demanding heavily ornamented coloratura of his singers; there were talented singers in his day up to the challenge.

In later years, though, singers capable of this daunting style became fewer and, while never absent from the repertory, far fewer Rossini performances were mounted. Mezzo-soprano Marilyn Horne is credited with reviving interest in the composer; her virtuoso instrument soared to the Rossini vocal challenge and her Italian Girl is the benchmark performance of recent generations.

The story of the opera is slight. Mustafa, the Bey of Algiers (by today’s standards a male chauvinist of the first order), is discontent with his wife, Elvira, planning to dump her on an Italian slave, Lindoro. Mustafa fantasizes about an Italian wife and, conveniently, Isabella is shipwrecked and taken captive. In one of those preposterous coincidences that occur in the realm of opera buffa, Isabella is searching for her lost lover, the same Lindoro now betrothed to Elvira. Isabella uses her wiles to plot her escape with Lindoro and Mustafa repents, reconciling with Elvira.

San Francisco Opera, using a production originated by Santa Fe Opera, moves the time forward to the early 20th century, allowing Isabella to arrive, not in a shipwreck, but in a crashing airplane, dressed like Amelia Earhart. It’s a shift that makes perfect sense, emphasizing the liberated nature of the character of Isabella. The unit set (Robert Innes Hopkins) is a clever platform that opens up like a children’s pop-up book to provide a simple background of tiled Moorish archways. A few palm trees finish the look.

Stage director Chris Alexander takes every opportunity to add visual humor in the movement of chorus and singers, only occasionally slipping from wit to silliness. The overall comical fluffiness of the work is well sustained.

Olga Borodina’s Isabella was performed with charm, sensuality, and intelligence, and what she sang was delivered with her accustomed finesse, particularly in the more lyrical arias such as the second act Per lui, che adoro. But the embellishments were kept to a minimum and the thrill of virtuoso coloratura was disappointingly absent. Tenor William Burden made an attractive Lindoro, but he, too, lacked the sparkle of exuberant bel canto. Ildar Abdrazakov (Borodina’s husband) made a welcome San Francisco debut, displaying a rich basso and a talent for classic opera comedy. Donald Runnicles’ conducting brought out all the glimmer of the Rossini score and sustained well-balanced ensemble singing.

In all, though, this is a competent Italian Girl that mildly entertains, but never delivers the vocal fireworks that make the opera special.