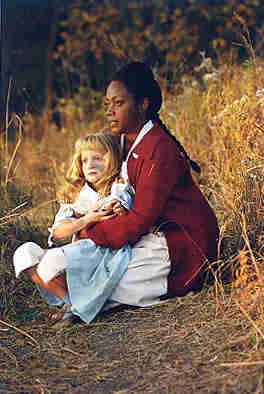 Langston Hughes brought his renowned art as a poet to the writing of prose as well, writing that is sometimes deceptively plain on the surface, but is highly focused and densely packed with image and irony.

Cora Unashamedis a masterful Hughes short story, the moving tale of Cora Jenkins, a housemaid from the only black familyin a rural Iowa town in the early 20th century. With extraordinary economy, directness, and clarity, Hughes depicts the survival of the spirit in a life of grinding poverty and servitude and in a time when racism was a standard and acceptable social attitude. Cora has a daughter, the child of a brief love affair with a white boy passing through. When the child dies, Cora’s affection focuses on Jessie, the unloved daughter of her employers, the Studevants. The years pass and when Jessie is in high school she finds a love of her own, with attendant complications. When a great wrong is done–a wrong rooted in narrow-minded bigotry–only Cora speaks out for truth.

Masterpiece Theatre is launching a new American Collection series with a two hour teleplay based on Cora Unashamed. The essential plot line has been retained, expanded from the original story with incidents and dialogue added. Cora’s father has been excised, but the role of the Studevant family has been enlarged significantly. Mrs. Studevant (Cherry Jones) is given substantial screen time; her husband (Michael Gaston), only mentioned in the story, and their relationship are both added elements.

In the title role, Regina Taylor is ideally cast; she is an actor of both passion and subtlety, and she brings to the role of Cora, as written here, all that might be asked. Cherry Jones, one of the finest performers in the American theater, finds all the pinched meanness in her portrait of a selfish and self-centered woman. Through no fault of the acting, though, the fleshed-out role of Mrs. Studevant remains one dimensional and adds nothing to the clearly etched and concise character in the story. Molly Graham, as sad little Jessie, is utterly disarming as she catches the vulnerability and the neediness of a not-so-bright child. The usual high production values of Masterpiece Theatre are fully in evidence.

And yet, while Hughes’ story is deeply affecting and leaves the reader thinking about it long afterwards, this script for Cora Unashamed remains dramatically inert and emotionally flat. It romanticizes Cora’s circumstances, glancing over her place as the eldest child among eight and underplaying the poverty that forces her to work as a near-slave for a thankless mistress. It’s all prettified and lacking grit. Hughes makes sure the word "nigger," as applied to Cora, gets introduced in his second paragraph and not for a moment in the story is the gap between the races forgotten. Ann Peacock’s adaptation sanitizes the language and, in shifting the balance of attention toward the Studevants and the two love affairs in the story, misses its point.

Hughes’ Cora Unashamedis an internal story, from Cora’s point of view. Peacock’s expansion dilutes and digresses; it becomes a different story, one in which the payoff in the final scene–which should be devastating–falls flat, strangely unaffecting.

At one point, when Cora is consoling the mistreated Jessie, Peacock has her say, "Rise up like a cloud and drift away. Leave the words behind where they can’t ever hurt you." But that’s not what Cora does and she wouldn’t likely advise Jessie that way, either. The whole point of the story is that Cora takes the insults and the harsh difficulties that come her way and she internalizes them; she would never pretend they hadn’t happened and escape blithely into a dream world. The beauty of this character is that she doesn’t let bitter experience turn her bitter, that adversity doesn’t conquer her spirit or dry up her love. She is a loving woman and her love transcends the ugliness of her experience; she is true to herself and unashamed of her loving, regardless of the unfounded disapproval of others. Only when horribly deprived of those she loves does she cry out against a seemingly cruel God and against a cruelly unloving mother.

Do read the story (it’s easily available online and a quick printout) and savor it.