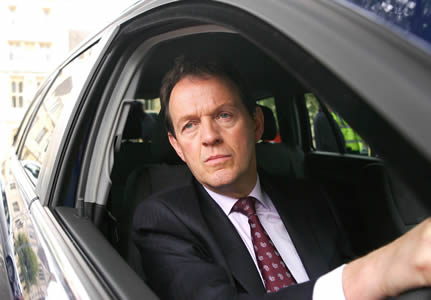 Let’s face it; Morse is a hard act to follow. In fact, it is difficult to review the new Inspector Lewis series without a brief homage to Endeavor (yes, that is his first name) Morse. Colin Dexter (now seventy-eight years old) author of the twenty crime novels and many short stories on which the thirty-three TV episodes were based, created a remarkably well drawn and intriguing character in Morse—English upper-middle-class, intellectually brilliant, arrogant, socially awkward and lonely, burdened with ennui and melancholy.

In the final TV episode, based on the final novel, The Remorseful Day (2000), Morse collapses on an Oxford college quad and dies later in a hospital bed. John Thaw died two years later, leaving his worldwide fans bereft.

As the new Inspector Lewis begins, five years have passed and the now Detective Inspector Robbie Lewis is back in Oxford, trying to rebuild his life following the death of his wife in an unsolved hit-and-run two years earlier. No longer the optimistic faithful subordinate, Lewis is a mature, world-weary Detective Inspector with a younger sidekick of his own, the young, cool, cerebral Cambridge graduate, Detective Superintendent James Hathaway (Laurence Fox).

The answer to the question of whether the character, Robbie Lewis and the actor, Kevin Whately can carry the show without Morse and John Thaw is a resounding yes. Inspector Lewis has excellent writing, acting and direction, not to mention the picturesque location shots of Oxford. The introduction of D.S. James Hathaway and the growing respect and fondness these very different inspectors have for each other adds depth and interest to the series.

In the first episode, entitled Whom the Gods Would Destroy, the death of a middle-aged Oxford graduate near to his run-down houseboat, sends Lewis and Hathaway down a winding trail with literary allusions and unexpected associations.

In the second in the series, Old School Ties, Lewis and Hathaway are assigned to chaperone a celebrity criminal, the so-called first of the rock-and-roll hackers. After two deaths, Lewis and Hathaway have their hands full with imperious students and a prestigious professor, each of whom has a personal agenda and a potential motive for the killings.

The final episode, The Expiation, is about an Oxford soccer mom found hanged in her home following a visit from a mysterious stranger. Lewis and Hathaway uncover a web of intrigue that convinces them that the initial suicide verdict may not tell the whole story.

Part of the appeal of Inspector Lewis was described by Kevin Whately in a recent interview, “I like to be bemused by things that have more to them than meets the eye. We’ve always, on Morse and now Lewis, thought of our storylines less as whodunits and more as ways of looking at the human condition.”