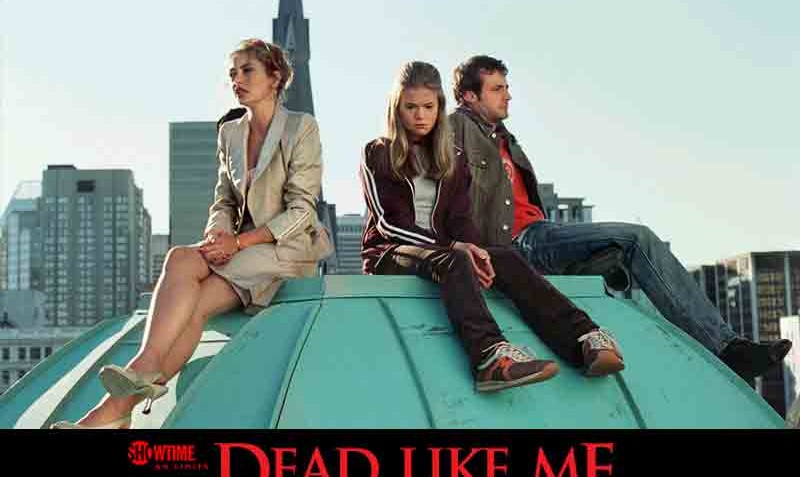 There&#146;s an old saying that goes "the dead can&#146;t hurt you," but in the case of the new Showtime series Dead Like Me they certainly have the power to bore you to death. After the runaway hit Queer as Folk, the cable network started to go head to head with HBO&#146;s boffo original programming. With movies like the searing drama Soldier&#145;s Girl and provocative subject matter in such series as Out of Order, an update on couples swapping, they are trying to carve a sharper edge. Responding to HBO&#146;s sublimely dark Six Feet Under, Showtime concocted this single-note comedy about death and dying with little organic steam of its own.

Dead Like Me centers on hapless Georgia &#145;George&#145; Lass, an aimless 18 year-old, played with bored, furrowed-brow naivete by Ellen Muth.Like many disaffected youth, she is completely alienated from her parents and has no thought of moving her life forward. Her mother makes her get a temp job as a file-clerk and when she goes out for lunch she gets struck by a toilet-seat plummeting to earth from a disintegrating MIR space station.The first person Georgia meets in the afterlife is Mandy Patinkin as Rube, a grim-reaper, who utters lines like "We&#146;re bail bondsman for the disembodied," telling Georgia to "join the ranks of the undead."Not a promising start.

Rube pawns Georgia off to Mason (Callum Blue), a likeable sidekick who earns his undead money by stealing parking meters.Stone faced Jasmine Guy plays Roxie, an uber-rigid meter maid who runs him over with her parking cart.The reapers might be earthbound, but they heal quickly.The group guide George&#146;s apprenticeship and dub her &#145;toilet seat girl.&#146;Eventually, George stops whining and accepts her lot, aided by undead gal-pal Betty (Rebecca Gayheart) who likes being a reaper and even robs her own grave, ripping the rings off of her own skeleton.

The reapers are not only expected to reach their quotas of souls for commission, they have to find places to live and get jobs, since they are still visible in an aged form to the outside world.Visits to gangland slayings. train wrecks, falling waffle signs, bear maulings, and armed bank robberies are secondary to the constant dialogue by the reapers about death and dying.The ghoulish musings are endless and, when the gallows humor starts to fly, tasteless as well.There is winning off-handed drollness, as when Mason delivers the souls of two drugged-out deadbeats who won&#145;t stop arguing, "Look, you two just killed each other, so shut up."

Surprisingly Patinkin, a consummate scene chewer onscreen in such series as Chicago Hope, underplays here and works the carping premise broadly, lightening the mood. Later, after George learns a few of the ropes, Rube, giving out the reaper&#146;s appointment, says to her "So peanut, feel up to taking a soul today?" So George finally gets her first real job, taking the soul of a little girl who was destined to die in a train wreck.

The sullen George wants to quit delivering souls, so Rube takes her to the morgue and explains that if she doesn&#146;t keep her appointments and deliver a soul out of a body, they are trapped in their dead mortal coil, forever conscious of their own putrifaction and other unspeakable fates.Meanwhile, George tries to return home to talk to her mother and sister, Reggie, but because her form is altered she comes off as a stalker.Her stoic mother Joy (Cynthia Stevenson) is just coming to grips with her death and Reggie has been acting out by stealing toilet seats.

Director Scott Winant and writer Bryan Fuller, are veterans of many successful series, so Dead Like Me might settle into something unique.Now, as each death scene is set-up for comedy and drama, it wants to be too many things.Take the overloaded coup de grace of a young man trying to cash his paycheck.A woman who suspects her bank manager husband is cheating on her interrupts an armed bank robbery.With baby in arms, she wields a gun and forces the teller to tell on her husband.She fires her gun in the air that ricochets and hits a boiler causing the ceiling to fall, but no one is killed. The young man gets his check cashed all right- he slips on a banana peel, slides into a revolving door and gets his head crushed. Ouch! Now that&#146;s overkill.