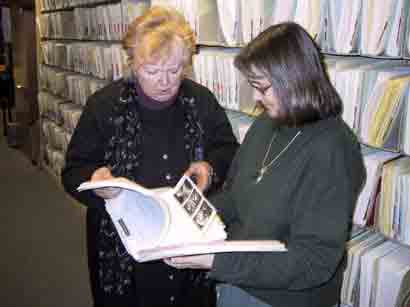 An Introduction to Child Maltreatment in the United States: History, Public Policy and Research (3rd Edition)

Frontline&#146;s Failure to Protect: The Caseworker Files looks at the child welfare system, a subject that sporadically makes headlines with a tragic event, usually the death of a child at the hands of abusive parents. Failure to Protect is a less sensational journey into the system in Maine, a look into the burdens and responsibilities of caseworkers in the Department of Human Services (DHS) in Bangor and the trials of the families and children they encounter.

The breaking up of families, substance abuse, mental illness, sexual abuse and plain old poverty are just a few of the issues DHS caseworkers are faced with when making decisions that could seal a child and a family&#146;s fate. How do they judge whether a child has been abused or neglected? When should children be removed from their families and when should the parents be given another chance? And how is a suitable adoption placement assured for a child with a difficult history? Rather than discussing these issues through the eyes of policy makers and academics, Failure to Protect takes the viewer to the nitty-gritty&#151;the work and lives of DHS case workers and the dilemmas that are a part of their job descriptions. At the end of day, it is often up to the overworked caseworker to make the difficult decisions and take the blame when things go wrong.

The documentary traces DHS&#146;s involvement in three cases of child abuse and neglect. One is ten-year-old Mathew, who was removed from his home when DHS received reports that his father was physically abusing him.Ironically, Mathew is shown crying inconsolably in the hospital and begging to go back to his father. David Greeley, Mathew&#146;s caseworker at DHS, comments rather matter-of-factly, &#147;But you can&#146;t leave a kid in a traumatic situation with his family that&#146;s been going on for years just because taking him into custody would be traumatic for him.&#148;Another case involves Mark, a two-year-old boy who lives in a run down farmhouse with a number of adults, one of whom pled guilty to assaulting a teenage girl.The DHS caseworker, Shaleigh Anthony, is on her first case and appears particularly concerned about the &#147;deplorable&#148; condition of their house.And finally there is Shirley, a single mother with four children.Shirley&#146;s fourteen-year-old daughter was taken into DHS custody when she accused Shirley&#146;s boyfriend, Dan, of molesting her.Now DHS was threatening to take Shirley&#146;s three sons away too unless she would acknowledge that Dan had in fact molested her daughter.

These stories are made particularly compelling by the shades of gray involved. The viewer can sense the frustration of the caseworkers who bear the brunt of angry parents, ever growing caseloads&#151;about 200,000 children in the United States are removed from their homes each year&#151;and the lingering uncertainty of whether they have done the &#147;right&#148; thing. But Failure to Protect also offers the perspectives of the families and their trials once DHS enters their lives. The parents in the documentary are not portrayed as inherently &#147;evil,&#148; but as ordinary people who lead difficult lives. When Shaleigh complains about the dangerous living conditions, Mark&#146;s grandmother gets exasperated: &#147;I mean, I&#146;ve explained time and again: we don&#146;t have the money.&#148; Such exchanges reveal the moral ambiguities in child abuse and neglect cases. The term neglect is itself ambiguous and can cover a range of situations. Can living below the poverty line, for example, be associated with neglect?

Failure to Protect also looks into the problems of the child welfare system itself. There are hints of the somewhat inadequate training that caseworkers receive and high turn-over rates that result in a severe shortage of experienced caseworkers. For the most part, the narrator seldom interrupts the DHS staff with questions and the documentary consists of a series of snippets from their conversations and activities. This appears to be a deliberate strategy designed to give the viewer a flavor of the general chaos of the operations of DHS. The only missing piece in Failure to Protect is any mention of the woefully inadequate funding available to child welfare agencies, given the importance of their mission. While this could be implied from other issues discussed in the documentary, it is a strange oversight.

The work of most child welfare systems in the country is shrouded in a veil of secrecy, a custom that the state of Maine broke in 2001 when it gave Frontline&#146;s cameras unrestricted access to its Bangor DHS office. Yet, rather than damaging the reputation of the child welfare system, a documentary like Failure to Protect is likely to make the public sympathetic to the moral dilemmas and difficult judgments that child welfare agencies and caseworkers confront every day. Failure to Protect examines the complexities and tensions involved in child welfare cases and the difficulties in resolving them.