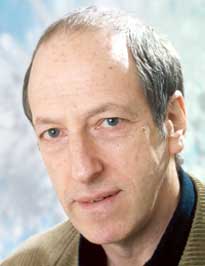 Seeking to demonstrate the truth of the hypothesis that many serial killers never venture far from home, Canter appears in numerous clips from (apparently actual) university seminar lectures, hamming it up in front of the camera with deliveries, alternating between (cheesy tabloid press) &#147;breathless&#148; and anal-nearly-to-the-point of &#147;affectless,&#148; plodding through the scripted gimmickiness.

In the first lecture, or rather broadcast episode, Canter introduces the truly unremarkable notion that serial killers are creatures of habit, who follow the same logic and live in the same mundane world of limits as normal, average people. It is unclear whether Canter is unable to resist the urge or whether the BBC executives are unable to stifle their snake-oil salesman spirit and induce Canter to ham it up, dumb it down, and roll around in the tabloid muck. Canter spends most of the first program rehearsing yet another &#150; his own &#150; theory of who Jack the Ripper was. Rather than give the good doctor&#146;s secret away, the viewer just might eventually surmise that &#147;Dragnet&#148; uncovers one single, geographically proximate suspect. And Canter repeats ad nauseum how his theory, his system, (and the, alas, too late arrival of computer technology) would have outsmarted Scotland Yard in a jiffy.

Jumping a hundred years ahead through the magic of television technology, Canter spends the second lecture re-examining the infamous Yorkshire Ripper case of the 1970s. By now the viewer knows that every criminal profile will be &#147;infamous,&#148; &#147;sick,&#148; and &#147;diseased&#148; &#150; in the first episode, Canter elaborated how he came to his theory of geographical profiling by drawing parallels to the public-health model of mapping epidemics, and then goes on to emphasize homicidal psychopathology is not merely like an epidemic disease, but rather that such criminals are literally diseased, their murder sprees are virulent epidemics of criminal behavior, and the viewing public is repeatedly exhorted to condemn murderers as both physically ill and morally depraved.

One of the few truly moving moments in this hapless &#147;documentary&#148; is achieved (and it seems to be the effect the film producers have repeatedly pursued but otherwise fail to achieve in the first two episodes) occurs in the midst of the Yorkshire Ripper patter. Canter has recounted the facts of the murders, geographically located a likely home base for the suspected killer along a stretch of highway along coastal north Wales, and is speculating on who would likely know the territory and regularly travel the route. He proposes a traveling salesman, perhaps even the owner of a string of local movie cinemas. Canter is now standing in front of one of the cinemas once owned by Peter Sutcliffe, and cuts to footage of Sutcliffe as a prosperous local businessman at work in the projection room of this very cinema. In the epiphany of this moment the viewer can sense the ubiquity and banality of the &#147;evil&#148; of sociopathology.

The concept for Mapping Murder may have started out somewhat high-minded, or perhaps as a way to capitalize on one academic&#146;s wager to win fame and glory for his work, or even to make Open University entertaining. The straightforward sequences of Canter lecturing probably were not intended to have the effect they do &#150; of a latter-day Dr. Frankenstein showing off his creation to a backdrop of flashy, whirring gizmos and machines that go &#147;ping.&#148;

Much of the content of this series is strictly Homicide 101 for Non-Majors. Murder mystery buffs and abnormal psychology buffs alike will find little of interest. The heavy-handed tabloid-press tenor and vocabulary, mixed with the classroom teacherly repetition of the same &#147;important fact&#148; five times within a two-minute delivery, are exacerbating. This show is truly summer fare at its worst &#150; recommended only for the utterly brainless or the utterly bored shut-in.