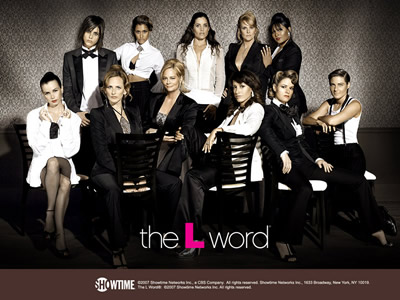 In the beginning of the season premiere, Shane (Katherine Moennig) is self-destructing on a two-day bender of coke and alcohol with Sherry, her former lover. This is, after all, The L Word, a show synonymous with drama and excess. Sherry is living as no one but TV bad girls live, with cocaine, chardonnay, and obscenely good skin (Rosanna Arquette, reprising her role from last season). The premiere picks up the storyline on the same day that last season ended, when Shane left her girlfriend, Carmen, at the altar. Shane, fueled by drugs and over-the-top grief, crashes Sherry’s car down a hill, walking away from the scene of the accident. If the car had blown up, this could have been a scene from any Hollywood blockbuster. Later that same day, Shane’s stepmother leaves Shane’s half-brother on her doorstep; this is Shane’s comeuppance for leaving Carmen at the altar. The responsibility will ostensibly force Shane to grow up, and it works remarkably well.

Because this is TV land, and time is an illusion, Jenny (Mia Kirshner) has a book, just accepted by a publisher at the end of last season, that has been miraculously edited, published and distributed. Her book, a memoir of abuse and self-destruction, is panned by a reviewer for Curve (guest star Heather Matarazzo) as self-indulgent and narcissistic, a critique that could be applied to Jenny’s character. Jenny embarks on a vengeful sabotage mission, all the while proving her reviewer right. Jenny is whiney and pretentious, and more than a little annoying. Thankfully, other character arcs have more meat to them.

In “La Vida Loca,” Alice is summoned to a Latino club in East LA, the “foreign exotic” in L World-land, by Papi (Janina Gavankar), a mysterious Lotharia who appears suddenly on Our Chart, Alice’s website that tracks the web of relationships among the LA lesbian community. This episode sets the stage for the best tie-in of the season, a newly launched partner website for The L Word. OurChart.com, the eponymously named site, tracks episodes of The L Word, shows insider extras from the show, and has several already highly-trafficked message boards. OurChart.com fulfills the dual goals of the TV show, providing a place for the lesbian community to represent themselves and making money. The ad placements rake in cash for Showtime, and the site offers a plethora of L Word merchandise to supplement it.

Lesbians who live outside the trendy, upscale West Hollywood aren’t the only one new community to find itself portrayed on the small screen this season. Tasha, a new character, is an Iraq veteran, played stoically by Rose Rollins. Bringing Iraq into the picture is a logical step for this series; lesbians in the military is a crucial topic for a show that aims to represent people important to the lesbian community. The huge fan base that The L Word maintains in the armed forces deserves to have itself represented.

Cybill Sheperd, the most anticipated new cast member, plays a woman who has lived a straight life, complete with a husband and children, until she finds herself middle-aged and dissatisfied. Phyllis Kroll (Shepard) connects with Bette, inserting herself into Bette’s circle of friends in hopes of finding her new lesbian self. Phyllis is a great character, brilliantly played by Shepard as an eager new convert who makes the women around her as uncomfortable as she is.

High-profile guest stars are certainly the norm this season. Marlee Matlin comes on the show in an unremarkable role as an artist-in-residence at Bette’s college. Jessica Capshaw is a needy graduate student, and Karina Lombard comes back for a cameo as Marina Ferrer. The cameo is unnecessary, but it will have the packed audiences at local gay bars screaming for their favorite character.

In another storyline, Max struggles with coming out at work as a transgender. Arguably the most controversial issue affecting the GLBT community today, the issue gets plenty of coverage on the show, in both political and personal contexts. Max, along with the prejudice he experiences by the straight world, must contend with his lost relationship with Jenny. For Jenny, having Max as a partner is a logical impossibility, since she identifies as a lesbian and he identifies as a man. Eventually, Max will come out in a way that reaffirms his ties to the lesbian community (even if he isn’t one).

Helena is newly broke, trying to learn how to live without access to the family coffers after he mother cuts her off. This storyline is played exclusively for laughs, which is disturbingly dismissive at times. This season does not suffer from the hand-wringing seriousness of Season 3, and the obvious comic relief is not necessary. Bette and Tina get serious about the custody battle for Angelica, giving the audience the opportunity to hear the sticky legal issues that surround the children of gay parents and the rights of the “other mother.”