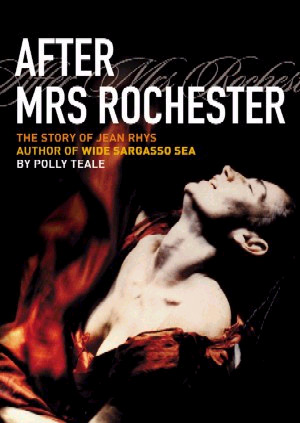 After Mrs. Rochester is an exploration of the life of Jean Rhys, author of Wide Sargasso Sea (1957), a novel which invents the childhood and early life of Mrs. Rochester, the insane and violent wife of Rochester in Charlotte Bronte&#146;s Jane Eyre. Locked away in a lonely wing of Thorncliffe Hall, Mrs. Rochester threatens the proposed marriage and indeed the very lives of Jane and Mr. Rochester. Jean Rhys&#146; novel attempts to explain how she married Mr. Rochester and how she lost her sanity.

From the play, it appears that Jean Rhys was obsessed with both the novel and the character of Mrs. Rochester from an early age &#150; especially as both Jean and the fictional character were brought up in the West Indies and ended up in obscure parts of England.

It is also clear from the play, that Jean imbued Mrs. Rochester with her own rebellious childhood spirit and her own violent anger at the men who used and abused her throughout her own life. Furthermore, Mrs. Rochester takes on a life of her own, haunting Jean and giving her no peace until she writes down her life story, acting as a cathartic mirror for the author&#146;s own emotional pain. In this way, Polly Teale&#146;s play is a potent testimony to the power of literature &#150; how fictional characters can take over our consciousness and in some way cleanse it. It is also a witness to the compulsion of writing and how this can transform the most broken of emotional lives (and override human relationships such as that between mother and daughter).

In a locked room in a remote cottage in the countryside, Jean Rhys is attempting to write the novel. As Jean, Diana Quick staggers around the room, clutching her gin bottle and delivering blistering embittered comments on her life and loves. She presents a commanding figure &#150; defiant against a world which has forever wounded her. At every moment we are aware of the heartache underneath the bitterness and Diana Quick convincingly conveys a woman who is a survivor &#150; who has lived through the shattering experiences which the play depicts and yet who retains a lively sense of humor. It is at once a moving and endearing performance.

Prowling around like a lame lioness, Mrs. Rochester follows her, cradles and soothes her, killing her self pity with yet another command to write some snippet of her story. Meanwhile, Jean&#146;s daughter (played with piercing emotional restraint by Amy Marston) has tracked her mother down and pleads with her to let her in.

Within this framework, Jean&#146;s life story unfolds in the locked room and is relived and commented upon by the ever-present older Jean and Mrs. Rochester. They warn, advise, comfort, criticize, cradle and cajole the younger Jean (in a performance of considerable emotional energy by Madeleine Potter). At times they echo each other&#146;s lines and most hauntingly feel each other&#146;s pain anew. The three actresses match each other&#146;s emotional intensity at every moment, becoming a sisterhood of suffering at the hands of the men who have abused them.

Sarah Bell, as Mrs. Rochester, gives an outstanding and truly haunting performance &#150; the emotionally charged movement as she wanders around the stage and the sense of danger which she creates are remarkable as are her wild stares into the audience, as in sympathy her face also takes the emotional blows which Jean receives.

With this permanent trio on stage, Polly Teale has created a highly effective theatrical device which underlines perfectly the emotions in the play and it is a significant development of the style of the Shared Experience company who have gained a reputation for the imaginative and fluent presentation of major novels, including Eliot&#146;s The Mill on the Floss, Tolstoy&#146;sAnna Karenina andWar and Peace and Jane Eyre itself. This style is evident in After Mrs. Rochester with imaginative use of props and the other five actors playing the many roles which figured in Jean&#146;s life.

It is here that the production becomes slightly flawed as some roles are not differentiated sufficiently (which is essential with so few actors playing such a variety of parts) and some are only adequately played. In particular the scenes from Jane Eyre in the first act lack the power and passion of the original (and Yorkshire accents) and almost undermine the play&#146;s initial premise: the power of the novel over Jean&#146;s imagination. Similarly, the episodic nature of the play does not allow for the male roles to be developed and the feeling of watching a television period drama series begins to fade in the second act.

That said, this remains a haunting and emotional theatre experience and must be seen for the outstanding trio of central performances. This sisterhood of suffering add another dimension to the company&#146;s name: Shared Experience.