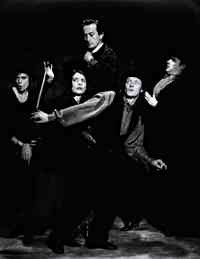 Alice’s Adventures in Wonderland is a now classic book written for children that is sufficiently laden with wit, intelligence, and brilliant imagination to command the attention of adult readers as well. The repute of its author, Lewis Carroll, appears to have survived speculative revisionist histories which suggested that his relationships with the young girls for whom he created Alice were of less than totally honorable intent. Whatever conclusions history might ultimately draw about his personal life will doubtlessly have no effect whatever on the ongoing popularity of both Alice and its sequel, Through the Looking Glass; these works transcend both author and generations. The content and the characters have earned the status of myths of contemporary Western civilization, embedded in the cultural consciousness. One would be hard pressed to find someone of even minimal education who doesn’t know of the Mad Hatter and the Cheshire Cat.

Given such a richness of material, it is not surprising that adaptations of Alice to stage and screen will be ventured from time to time. Disney, of course, has done it; more important for the adult viewer, however, isDreamchild, a 1986 film by Gavin Millar (with a script by Dennis Potter) that brought extraordinary creativity in filmic terms to the Carroll/Alice characters – a memorable work in its own right that, while not an adaptation of the book, fully respected its spirit.

The National Theatre of Ireland, best known for its mainstage, the Abbey Theatre, has initiated a program they call Peacock Partners, in which the sophisticated production expertise of the Abbey team will be utilized in collaboration with smaller, independent Irish theatre companies. The first presentation under the program is in conjunction with the Blue Raincoat Theatre Company, a ten year old group known for its use of mime and dance movement.

This Alice’s Adventures in Wonderland is performed with no scenery, utilizing two outsized ladderback chairs, a couple of ladders, a hat, a cane, and little else in the way of props. It frames what is an abbreviated version of the book with material directly from Lewis Carroll, himself played with dignity on stage by David Heap. There are six actors (four of whom have studied mime) playing more than a dozen roles. Director Niall Henry trained with Marcel Marceau, but this is not a mime production – the characters have extensive spoken parts. Mimetic technique and choreographed movement is used throughout with great skill, but the techniques as executed here feel more conservative than avant-garde. These visual aspects of the production are attractive and appealing, but they don’t add much of significance to the words or the characterizations.

The show comes alive sporadically when the wit of Carroll emerges – when the Queen of Hearts (nicely played by Elizabeth Bracken) plays with the rules, for example, or with Carroll’s outrageously delicious puns: "We call him tortoise because he taught us." The Cheshire Cat (John Carty) and the White Rabbit (Ciar�n McCauley) also provide amusing and appropriate segments. On the other hand the focal Alice of Fiona McGeown is often shrill and over-intense; more contrast in the performance might make it both more effective and more sympathetic.

The adaptation by Jocelyn Clarke flows smoothly enough and one cannot fault the choices of inclusion. There is in the Carroll material plenty to bring to mind the lessons for children that are simultaneously very adult themes: the role of those aforementioned rules in the social fabric, how one must cope with the consequences of one’s behavior, even issues of aging and immortality. Overall, unfortunately, the production doesn’t rise to the brilliance of its materials; it never draws the audience into its spell; it never attains leaps of theatrical inventiveness to match the literary imagination of its source.