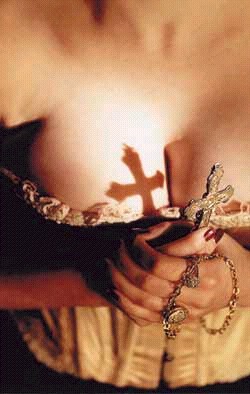 Valle-Incl�n began his career as a journalist and short-story writer. His assault upon Spanish political, moral, and

aesthetic traditions in what became known as the Barbaric Comedies began with the publication of "Eagle Rampant" in 1907, the story of the decay of a Spanish family of noble descent. The father is a self-confessed boor and adulterer, and his all-male children are wild rapists, gamblers, and thieves. Their mother flatly refuses to acknowledge their venality, and in a series of confrontations with her estranged husband reveals the depths of her own inner pain.

The sequel, "The Romance of the Wolves," followed in 1908, continuing the saga to its end following the death of

the mother and the father&#146;s path to would-be redemption through the ranks of his own vicious brood. It would be 1922 before Valle-Incl�n completed the trilogy with "Silver Face," a prequel to "Eagle Rampant" detailing the father&#146;s protracted battle with the church and his embrace of sin observed by his equally eager sons.

As a whole this saga was long misunderstood even in its home country. Its long passages of rich, poetical dialogue and its paradoxically modernistic, rapid changes of pace and tone from wild farce to expressionist nightmare to lurid pornography made it difficult to perform, let alone appreciate. For a long time the plays were considered as works of prose though Valle-Incl�n had written other plays and was in fact married to a theatre actress. It has taken the combined will and financial support of Spanish director Calixto Bieito, The Abbey Theatre, The Edinburgh Theatre Festival, and The Eircom Dublin Theatre Festival to bring this epic production to the Irish stage and it is certainly a

You would be hard pushed to name one other production ever held at the National Theatre in which a crucifix is suspended upside down from a massive iron grille representing the gates of Heaven, where a man urinates on his servant, a priest exposes himself to young women while claiming he is Satan himself, another priest masturbates while watching his brother ravage a local whore in a seedy bedroom where the brothers are stewing a corpse they have stolen from a graveyard, two explicit rapes, the desecration of a host, and where Eamon Morrissey portrays

both a servant and a pack of dogs (compressing their function into a single character) who bows, scrapes, and slavers at the will of his master. Whether you want to see this or not is entirely up to you. It might be worth your while though if you can appreciate why it&#146;s all happening.

There is a strong sense of moral and political outrage running through Valle-Incl�n&#146;s original text. Irish playwright Frank McGuinness has translated it into Hiberno-English with due attention to the vocal rhythms of various characters which add slight (if not especially pronounced) levels of particular applicability to this modernist vision of the apocalypse. Its various threads of paganism, Catholicism, and ethnicity translate well with Irish and Northern Irish voices, even though the original setting is retained. Though it is difficult for any work of modernism to maintain its shattering effects in the age of postmodernism, Barbaric Comedies manages to give a sense of being as much about the here and now as it was about early twentieth century Spain. Its images of damnation, depravity, and willful evil come thick and fast; creating and sustaining a sense of immeasurable loss and confusion which is apt for the postmodern era. It is a play about a world gone mad, and it is as much an evocation of that madness as it is a discourse upon it.

Valle-Incl�n coined a term to describe his approach: &#145;esperpento&#146;. According to David Johnston of the School of Modern Languages, Queen&#146;s University, Belfast (who contributes an essay to the program), this is &#147;life held up not to the looking glass of realism, but to the concave mirror of the fairground which systematically distorts everything found

within it.&#148; It may seem obvious, but this accurately describes Valle-Incl�n&#146;s aesthetic response to the sense of moral and political rage which motivated his portrayal of then contemporary Spanish life. His despair found expression in a modernist fragmentation of theatrical norms, but the multi-referential, stylistically eclectic, and even sometimes filmic aesthetic he used works just as well today even if the &#145;scandalous&#146; action itself is now sadly all too familiar even in popular culture.

Though the production gives the impression of being extremely elaborate, the stage is effectively bare most of the time, dominated by the massive gate slung from the ceiling. The lighting tends to enhance the ugliness of the world portrayed, and, indeed, when one enters the theatre it is already shrouded in a pall of smoke. It is a tremendously physical play despite the intricacy of the dialogue. The characters may make long, involved speeches run through with poetry and symbolism, but they are very often required to do so under conditions of physical duress. From Mal Whyte, who finds himself strapped to a wooden yoke for much of the time, to Garrett Keogh, who strikes painful-looking poses as the demented exhibitionist priest, to Morrissey who spends a lot of time crawling on his knees, there is a lot of corporeal discipline to this impression of moral chaos. Most of the acting is of the shouting and screaming variety, with characters howling their torments at full volume which tends to leave little room for subtlety in the performances. Characters also frequently burst from dialogue into murderous altercation, as if Valle-Incl�n is eager to strip away the veneer of civilization which learned speech gives essentially barbaric men and women who have lost their sense of humility, love, and hope. This works as a polemic and it communicates its points quite clearly, but the experience is frequently overwhelming and the two intervals are most welcome. Nonetheless Mark Lambert holds the center well as the doomed landlord and Joan O&#146;Hara makes for a sobering contrast as his troubled wife.

Barbaric Comedies is worth seeing. It is perhaps a work which needs to be seen more than once or read in text form before it delivers its full potential, but the opportunity to see it should probably not be missed. It provokes thought as well as more visceral reactions, and though it goes to some lengths to do so, it at least succeeds. Running to about four hours all in, it is not recommended to all audiences (obviously), but those with the stomach and the inclination to appreciate it should find enough of interest to make the experience worthwhile.