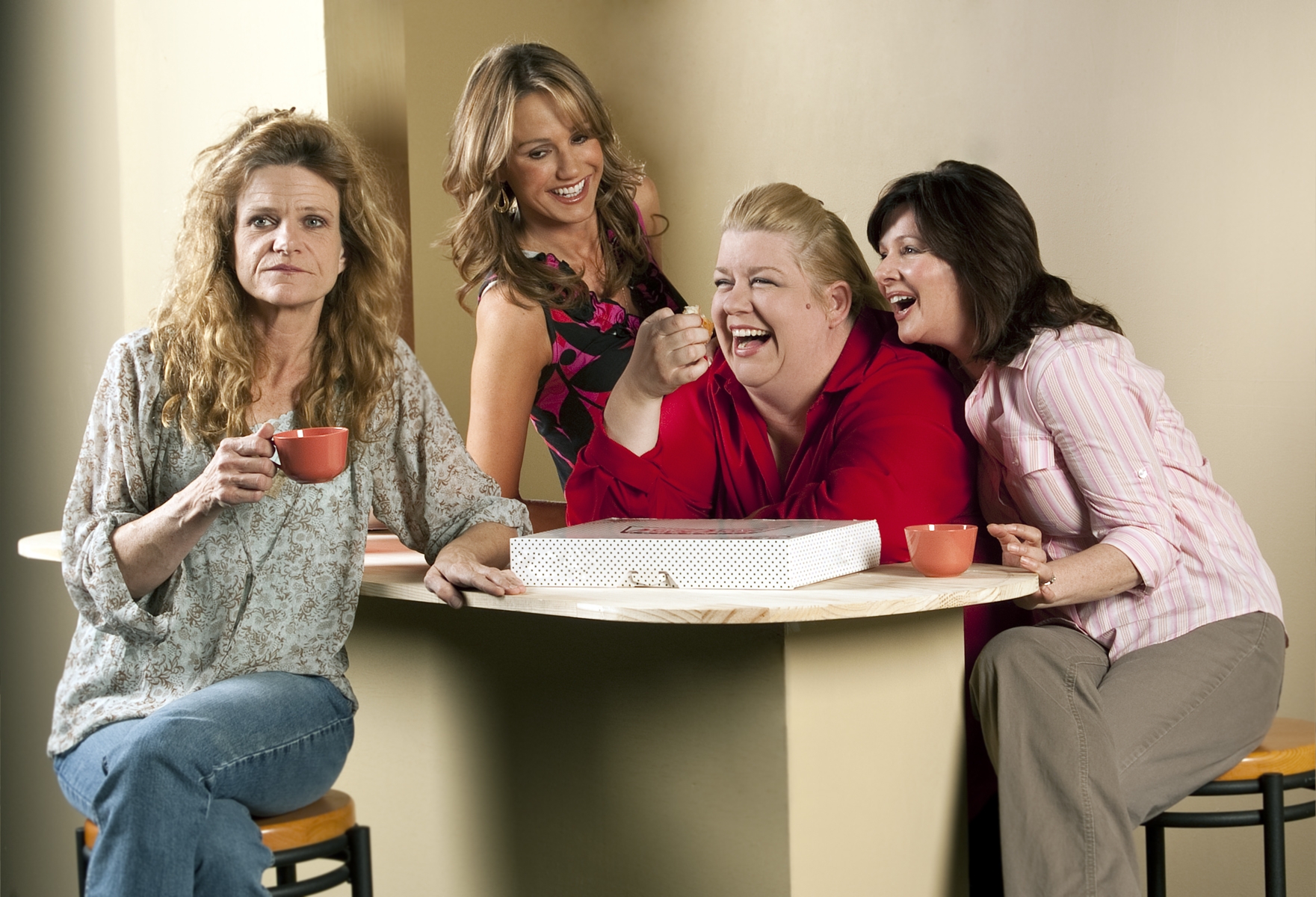 A little while ago Christopher Isherwood, writing in the New York Times, talked about the discomfort of sitting in an audience that is laughing and reacting to what is on stage, feeling unmoved.  It is particularly uncomfortable if you are then in a position where you must write a critique.  Reading his column I practically shouted “Amen.”  When put in that position, my first thought is, ‘is there something wrong with me?’  That quickly morphs into something along the line of, ‘is everyone else nuts?’  This tends to happen to an extreme on opening nights which are generally host to a large number of friends and family.  What parent would not thrill to see their child on stage?  What aspiring actor would be caught dead being critical when the director might be a direct line to the next part?

Although the publicity for “Cannibals” fairly included the sub-title – “In Hollywood no one can hear you scream” – I was intrigued by author Colleary’s statement “… how difficult it must be when your biggest source of support is also your professional competition.”  In my opinion, that statement can be applied to almost any creative or professional group.  It is not unique to Hollywood.  Thus I swept aside my trepidations that  a) I am not a part of the Hollywood scene, so might not find the subject particularly involving, and  b) the PR materials included the fact that “Cannibals” had 13 rewrites before hitting the Zephyr stage.

Alas, in Hollywood no one may hear you scream, but Hollywood screams louder than anyone else to the public at large.  I am reminded of the McCarthy era in the 1950s when you could hardly pick up a newspaper without hearing about blacklisting in Hollywood, yet there were thousands of teachers, scientists and who knows who else who, without fanfare, lost their livelihoods for holding the same political beliefs and activities and generally forgotten.

Having shown my hand, let me give you the bare outline of “Cannibals.” Four actresses in their 40’s –  a legendary disaster for any female in Hollywood – have gathered in a living room as a peer support group.  Linda (Caryn Richman), their leader, was a child TV star trying to be seen as a serious adult actress.  She sugar coats and tries to make nice between rivals with a tiresome melody of psychobabble heavily punctuated by “so what you are saying is … ”  Amy K. Murray plays Mo, who, outwardly and cheerfully describes herself as “fat” and says the fatter she gets the more she works.  In contrast, Elizabeth (Jackie Debatin) looks like the yoga instructor, exercise fanatic she is, and not  half an hour past her 40th birthday; always perky she keeps telling every one she is “just this close” to making it while waiting tables.  Mo and Elizabeth, both perpetually smiling, loath each other and cannot sit on the same couch at the same time.

Most interesting of the group is newcomer Carole, played by the marvelous Dale Dickey who was sensational a few years ago on the Zephyr stage in “Trials and Tribulations of a Trailer Park Housewife.”  Those trials and tribulations were a lot more interesting to an outsider than these four self absorbed women.  Unfortunately, even Dickey’s unselfconscious portrayal of a washed up, depressed agoraphobic cannot move “Cannibals” into anything approaching suspension of disbelief.

The big story is that Walter (Ray Abruzzo), a director who has not directed much lately, is picked up in a coffee house by Elizabeth.  She sees him reading a script and zeros in.  Turns out the script just happened to have been lying there – so it is not technically his script,  He is without work too.   Hearing about the 40+ group and Walter decides they would make a great subject for a documentary … a very low budget documentary.  When he arrives he has in tow Donna (Robin Riker), washed up, still sexy, star who was called Prima Donna when she worked on a set.  She just happens to be his domineering wife.  The others wither with the realization that they are about to be shoved into unimportance.  The only thing worse would be a fresh young sexy thing.  Enter a juicy, dewy-eyed tidbit named Kimmi (Jackie Debatin).  Walter thinks she might just help sell his film.  The others, Donna included, feel blind sided, with good reason.  The documentary will no longer be about them.

There are many snappy lines.  Writer R.J. Colleary has a bio replete with credits on many sitcoms.  But it felt like the laugh track in the case of “Cannibals” was supplied by the knowing members of the audience who had been there, done that.  Donna was a caricature brought to life by Robin Riker.  Functioning partially as a commentator she struck just the right note of nasty wisdom.  But, in my book, she and Dickey were not enough to pull “Cannibals” from sitcom status to a two and a half hour play.

Isherwood, of course, came to the conclusion that as a critic he should write his opinion as he saw it.  He also opined that at times it is appropriate to reveal his prejudices and the differing reactions of the audience.  I share with him his view that the standing ovation has become as meaningless as saying “I love ya, baby” to everyone you speak to.  Perhaps it was meaningful that despite the many laughs and hearty applause, the audience stuck resolutely to their seats until it was time to leave.