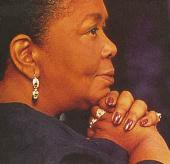 Sooner or later it had to happen. Cesaria Evora put on shoes. Granted they were old-man slip-on bedroom slippers but shoes all the same.

The grandmotherly diva of world music, famed for shuffling onstage in her bare feet in honor of the women of her native Cape Verde islands who cannot afford shoes, has a new look. A couple of years ago, she performed at the Masonic Theater in San Francisco looking for all the world like a bag lady who had wandered in from the Tenderloin. Wednesday in Berkeley there was a glint of gold around her fingers, wrists and neck. She wore a nice dress and her hair has been coifed in a shorter, more stylish do. She seems to have lost a little weight. And then there were the shoes.

Evora&#146;s appearance is not the only change in the past few years. The number of her backup musicians has increased, along with her devoted following. Most of them are Cuban and they make a fine and mighty sound (think Buena Vista Social Club on Broadway). The best of them is a hunky clarinet/saxophone player who frequently sidled up to the singer for a solo of his own. Four guitarists, two on percussion, a couple of violinists and a fellow who played what was either a skinny bass or cello, plus one additional guy who occasionally ambled in to pick up another sax. Put them all together and they nearly drowned out the singer.

Far better were a few numbers reduced to piano and guitar accompaniment, like in the early days.

Some things change but, thank goodness, some things stay the same. Principally the voice that Evora&#146;s fans flock to hear. It remains velvety, whiskey-smooth, pouring effortlessly from her throat for song after song. Her habits evidently haven&#146;t changed much either. Half-way through her 90 minute set, she smiled apologetically to the audience and lit up a cigarette, which she ended up sharing with her piano player. Now anybody else might be lynched for doing that in an enclosed space in Berkeley. But, so beloved is this performer, it earned her an extra round of applause.

Evora earned her success the hard way. Her personal story might make her eligible for a cover story in &#147;Modern Maturity,&#148; the AARP magazine, except for the fact that she doesn&#146;t speak a word of English. The drought-stricken isolated Cape Verde islands where she spent most of her life are noted mostly for poverty and the high rate of emigration to more hospitable shores. No wonder the songs of this region, known as morna — which is a little like Portugese fado, a little like French chanson and a lot like the saudade of Brazil &#150; are so sad. For most of her life, Evora wandered from bar to bar singing them for pennies. She was discovered at the age of 48, convinced to move to Paris 15 years ago and began cutting records, finally hitting it big with Miss Perfumado in 1992. Now 60, her most recent release is Sao Vincente, named after the island of her birth where, at the age of ten, she was sent to an orphanage by a mother who could no longer afford to feed her.

You can hear the sadness in her songs, although the Cape Verde patois, a mixture of Portugese and West African, is incomprehensible to American ears. The only problem with an Evora performance &#150; as with her CDs &#150; is that, after an hour or so, they all sound somewhat the same. But that doesn&#146;t seem to bother the audience, which in Berkeley, as elsewhere, clapped, cheered and danced in their seats. The performer, however, is relatively deadpan, rarely smiling, simply standing there and singing her songs. Apparently it is enough. It is the songs they have come to hear.