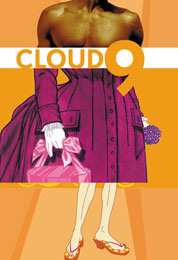 Deftly directed at Berkeley Rep by artistic director Tony Taccone, the revival, a co-production with Trinity Repertory Company of Providence, RI, is, in Act One, as frothy as a Feydeau farce. Act Two turns a little more serious as it fast-forwards 100 years into Margaret Thatcher&#146;s England &#150; using the same characters who, somewhat miraculously, have aged only a quarter of a century in the process. (Was it Shakespeare who asked audiences for a willing suspension of disbelief?)

That&#146;s not the only twist. The actors double and sometimes triple in roles. The dutiful wife of Act One (Danny Scheie in glorious drag) comes back as a savvy gay guy after intermission. His Act Two lover (Matthew Boston) was the cheeky African servant of the first part. The uptight, upright patriarch of the beginning (Timothy Crowe) returns as a bratty five-year-old girl and the cowering governess of Act One is an outspoken lesbian in the second half.

And so it goes. A daughter turns into her own mother (Cynthia Strickland in both roles) and a somewhat smarmy pedophile (Fred Sullivan, Jr.) returns as a young British husband and father whose life is turned upside down by sexual liberation and Women&#146;s Lib. Churchill doesn&#146;t just bend the genders. She plays with race as well. Boston&#146;s African servant is all the more intriguing since the actor is white. The tacit conclusion can be drawn that, after all the fuss and bother, the distinctions really don&#146;t matter at all.

The dialogue is quite wonderful. &#147;We are not in this country to enjoy ourselves,&#148; intones the Act One father as his helpmate bemoans the heat, loneliness and general inconvenience of colonial life. Later, as the governess quails at a forced marriage, the wife echoes the sentiment: &#147;You don&#146;t get married to enjoy yourself,&#148; she says. But self-sacrifice and duty to the Crown go only so far and, when nobody is looking, the terribly proper husband is having sex with the widow from down the road and his wife is consumed with lust for a visiting explorer. The latter, unbeknownst to his hosts, is having relations with their little boy as well as the African manservant. Everybody is keeping up appearances and nobody is what they seem. Only Strickland, as the mother, retains the same values and a kind of judgmental dignity throughout. &#147;Young women are never happy,&#148; she admonishes her frustrated daughter. &#147;Then, when they get older and look back, they realize they were ecstatic.&#148;

If ever there was an ensemble cast, this is it. Also including Angela Brazil and Stacy Ross, the performers switch personas and costumes, playing off one another with consummate ease. All is set against Loy Arcenas&#146; backdrop of swinging doors, painted with Queen Victoria and the map of the Empire in the African act, and reversing to a cloud-filled sky for the city park setting of Act Two.

Cloud Nine is a romp with some very serious undertones. For all their experimentation and liberation, the family of Act Two is as confused as its forbears in Act One. Plus ca change, plus c’est la meme chose.