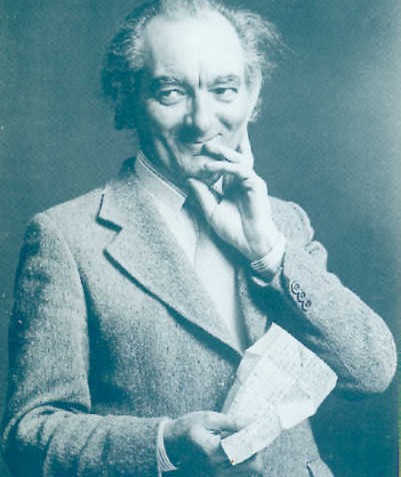 The texture of life in Dancing at Lughnasa starts out so simply, so much a cross section of the everyday, so ordinary, laced as it is with the comings and goings of quotidian life, the cooking, and cleaning, nattering, and whining, the joking of the lives of the five grown sisters of the Mundy family in the lonely hills two miles outside the tiny village of Ballybeg, Ireland. The theme of dancing is introduced almost subliminally, as Kate, Maggie, Agnes, Rose, and Chris move about the kitchen of their small home. Five bundles of sexual energy and spiritual longing, they spin around each other, like planets almost spinning out of control.

In this brilliant evocation of Friel’s complex play, director Mary Boyer has skillfully blended myth, character, humor, and dance. It is not dance that owes anything to choreography, but is instead a spontaneous outpouring of the inner lives and obsessions of the characters. Dance is one of the echoing themes of the play. There are, deep in the hills, the bonfires of Lughnasa, a pagan rite left over from ceremonies honoring Lugh, the god of the sun worshipped by the ancient Celts. A boy has been painfully burned in this year’s bonfire, and every character in the play will, by the final curtain, be painfully, if only symbolically, burned as well.

Friel’s play is narrated by a young man, Michael, the illegitimate child of Chris, one of the sisters. Seven at the time of the action of the play, he moves as a young man across the stage remembering that crucial year of his childhood. Friel creates a powerful kind of irony by this fascinating and effective device which allows the narrator to relate the sad endings to the lives of the characters who are holding on to their tatters of hope and optimism.

The world of the five sisters is infiltrated by two visitors. One is Uncle Jack, back from 25 years as a missionary tending to lepers in Uganda. He is ill, suffering physically from malaria and spiritually from being cut off from his faith. His faith, however, is no longer Catholicism but the powerful pagan beliefs and rituals of Africa, not so different from what is going on in the Lugh-worshipping bonfires back in the hills. Slowly he gets his health back, and just as slowly he begins to remember all the English words he has forgotten. It is language, in all its complexity and implications, Friel suggests here and in his other plays, that joins people together and holds them apart.

The other visitor is Gerry, a peripatetic Welshman who blew through Ballybeg seven years earlier and impregnated Chris, creating the narrator of the play, Michael. Gerry visits now and then and, when he does, brings his own particular spin on language: practically every word out of his mouth is a joke, a song lyric, or a lie. He is charming, but utterly unreliable. Over and over, on his visits, he promises his son a new bike, a black bike, a "man’s bike," which never materializes.

If there are pagan elements back in the hills, there are also pagan threats right here in the Mundy home. They have recently purchased a radio which brings them the snappy dance music which the Church of 1936 deemed pagan indeed. One of the sisters smokes, more paganism, and uses lipstick, and vociferously longs for a man to "dance" with, even if he is fat and sweaty.

This is a play that could go disastrously wrong, but in this production it goes magnificently well. The casting is perfect. Even though the five actors playing the sisters don’t really bear a family resemblance physically, they have achieved an astonishing resemblance on a deeper level. They are very different, and at the same time seem truly sisters, a tribute to the acting and the direction.

Mary Beth Kowalski plays Kate, the hard-faced, puritanical sister who earns most of the meager family income and is the disciplinarian. In playing a character that could easily become something of an unsympathetic villain, Kowalski finds the complexity in the character. As Rose, a sweet and mildly retarded woman, Kathleen Fisher manages to create a lovely kind of dignity. As Agnes, the plain sister who spends her days knitting gloves until the glove factory comes to town, Elizabeth Anne Quincy, is excellent in a role that could easily be overshadowed by her more boisterous sisters. Andrea Fletcher, faced with the difficult task of playing Chris, the unmarried mother who must, over and over, almost believe the charming lies of the usually absent Gerry, perfectly embodies the all too human tendency to believe in the face of all the evidence to the contrary.

In this brilliantly acted ensemble of female energy and angst, Ann Burrows stands out as Maggie. Maggie is the life force, the earthy, pagan, funny, sexy woman who invariably finds sunshine amongst the shadows. In Burrows’ acting there seems to be no distance between her heart and her face and body; there is an emotional openness, supported by impeccable vocal and physical technique.

Robert Olsen, as Uncle Jack, the Catholic/pagan priest, combines humor and tragedy in a skillful blend. Fred Rueck, as the now-you-see-him, now-you-don’t lover of Chris, performs theatrical magic in making what is essentially a despicable bloke into a likable, almost sympathetic character.

When direction is accomplished consummately well, as it is here by Mary Boyer, it becomes invisible. There is the story, the characters, the language—with nothing standing between the audience and the miraculous experience of the play. And that’s exactly as it should be.