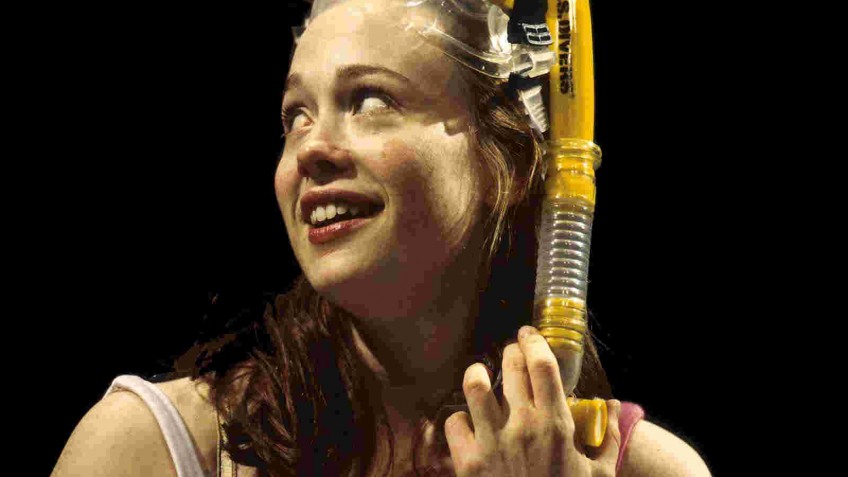 No doubt about it, Fall swings. Those caught up in the latest dance craze are going to love this little coming-of-age comedy. And, for you who have never cut a rug to the Lindy Hop or Shim Sham, it&#146;s not too late to sign up for lessons.

In addition to some fancy footwork, Bridget Carpenter&#146;s tale of a bright and rebellious 14-year-old who is forced to attend a summer swing camp with her parents serves up some gentle truths about life, love and what your family is really worth. Seasoned with the music of the &#145;40s and spiced with a little romance, it&#146;s a tasty morsel, if not a full meal.

&#147;Tension plus resistance equals momentum,&#148; explains the dance instructor to his class. This could be the blueprint for Carpenter&#146;s script, which uses dance as a metaphor for life. There&#146;s plenty of tension between the protagonists, lots of resistance and a momentum that catapults them all into a new place in their lives.

The playwright, at 31, is not too far removed from her heroine to capture the moods, frustrations, speech patterns and awkward poetry of adolescence with a knowing ear. Lydia (a perfectly-cast Megan Austin Oberle) is not too likable at first but like a lot of teens, she grows on you after a while. Flirtatious with her father, snippy to her mother, curious about sex and impatient with anything but her beloved scuba diving, Lydia defines adolescent angst as she throws fits over having to go to camp. But Jill, the mother (Nancy Bell) is determined to drag her family on this vacation. Never mind that Lydia would rather be under water and workaholic Dog (short for Doug) can&#146;t be detached from his cell phone. Jill, who desperately seeks to reconnect with those she loves, believes that the family that dances together … And, in the end, she may be right.

It&#146;s as hard to follow your partner in life as it is in dancing and Lydia has picked up on the tension between her parents, constantly worrying that they are going to split up. Her fears are intensified by the arrival of Mr. Gonzales (Thomas Christopher Nieto), a colleague of her mother&#146;s, sans wife and child. There obviously is trouble in the Gonzales household and soon it spills over into Jill, Dog and Lydia&#146;s life.

In one of several brief, but hilarious, dance pantomimes interspersed throughout the play, Lydia fantasizes that Mr. Gonzales is her mother&#146;s lover. Then, her father&#146;s. But it is Lydia herself who catches the brass ring of romance, if briefly, throwing the grownups for a loop.

This co-production between Baltimore&#146;s Center Stage and Berkeley Repertory Theatre has been seamlessly directed by Lisa Peterson, wonderfully lit by Scott Zielinski (the dream sequences and ballroom scenes are great) and costumed to a fare-thee-well by Ann Hould-Ward. Peter Pucci&#146;s choreography will send you dancing out into the street. There is not a weak link in the cast which, aside from those already mentioned, includes a sympathetic Andy Murray as the father, Donnie Keshawarz as the well-intentioned dance instructor and ballroom dancers Chad Kubo and Niloufar Talebi who waft wordlessly but gracefully across almost every scene.

The title of &#147;Fall&#148; operates on several levels. It is what you do when you lean over too far; when you plunge into deep water; how we describe the heady onrush of love. It isn&#146;t hard to fall in love with this play. All you have to do is let yourself go.