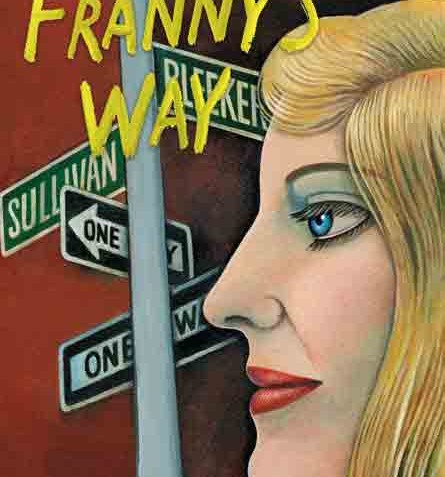 That&#146;s Franny as in Franny and Zoey, not Fran as in Francis. The name is no coincidence. Franny is a 17 year old girl – strike girl, young woman &#150; full of herself and reverence for J.D. Salinger. She has changed her name to reflect this. As in Catcher in the Rye, Franny&#146;s Way is narrated by the central character, in this case Franny as a 60 year old woman. Emmy award winner Penny Fuller is the older Franny. She begins her tale and informs the audience she will also play her own grandmother when Franny was 17. Elisabeth Moss (the President&#146;s daughter on West Wing) is the younger Franny. There is no mystery that this is a tale inspired by Catcher in the Rye since she tells us that herself. Holden Caufield, a 16 year old in a psychiatric facility, was telling his story to his analyst. Franny makes it clear she is acting when she states she will play both parts as "I am just about the same age now as she was when this took place."

There are a number of surface similarities to Salinger&#146;s iconic tale of adolescent angst, but Franny&#146;s issues are within the range of normal coming of age; there is no suggestion she is in a downward spiral that, as Holden was, would land her in a psychiatric hospital.

Franny and her 15 year old sister have come to New York from upstate with their grandmother to visit a cousin who has just lost an infant, apparently to S.I.D.S., a diagnosis that did not exist in 1957 when the story was set. The two youngsters were more focused on the exciting trip, than on the tragedy that initiated it. Dolly (Dominica Cameron-Scorsese) the younger is thrilled to get to go to Gimbels and then the Broadway production of My Fair Lady. Franny secretly intends to see her boyfriend at NYU; she has brought her diaphragm. Their anticipation is palpable. The younger sister makes a pretense of caring about her cousin&#146;s loss, though that is not her real agenda. Seventeen year old Franny&#146;s narcissism allows her not even to go through the gestures. Holden Caufield, on the other hand, had been devastated by his brother&#146;s death.

The play opens with the sounds of exuberant love making. Totally nude, Sally (the New York cousin) and her husband, Phil, stumble on stage to grab a post coital beer from the frig and continue playing with one another. The spell is shattered when she checks on the her baby and discovers the infant is dead. Though Moss and Fuller receive top billing, it is Susan May Pratt whose portrayal of the brave but heartbroken Sally makes the story come alive. Not much older than her young cousins, she greets them with false exuberance. She is not offended by their desires to do New York, but tries too hard to be bright, cheerful and understanding, then retreats into a catatonic depression whenever the others leave the apartment. She alternates identifying with her young cousins as a playmate and trying to stroke their hair like a parent. In her eyes she has no future. Pratt is fragile and needy in a way that calls for parenting herself.

Forty eight hours is all the time the three visitors spend in New York and the 60 year old Franny glows with remembrance of her big plan. The long view has made her mellow and philosophical.

Catcher has become an icon of adolescent angst. It has been the subject of heated academic debates between those who see Holden as a rebel whose isolation is based on his belief that life is phony, and those who see book as superficial and corrupting of the young.

An adolescent would be unlikely to be led far astray by Franny&#146;s Way. Adolescent Franny is more preoccupied with having sex with her boyfriend than suffering from existential angst. In contrast, the more mature audience is likely to resonate with 60 year old Franny. She appreciates the abandon and single mindedness of youth, and Sally and Phil&#146;s straddling of the gulf between adolescence and adulthood, being pushed faster than they can bear by the child&#146;s death. From the distance with which she looks at her young self she can laugh at the foibles, be amazed at the callousness and comfortable with her own history.