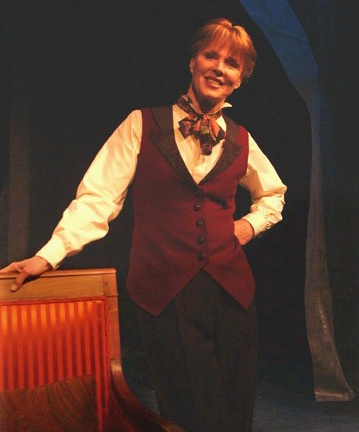 As if being the daughter of two alcoholics, with a father who committed suicide, were not enough, she married an abusive man who had stalked her.Her maternal grandfather was influential behavioral psychologist, James B. Watson, who exhorted parents to condition their babies to a four hour feeding schedule, feed them with formula, and touch them as little as necessary. Her mother rigidly followed this advice.As a child Mariette&#146;s survival strategy was to become &#147;perfect.&#148; At fourteen, she found acting which sustained her through parental chill and self absorption, the abuse, the suicide, and her own problems with addiction.She has received an Emmy and six nominations, appeared in multiple television productions and has numerous stage and screen credits. Currently she appears as a recurring character on Law & Order

Early in her career Hartley worked with Dolores Hart, a budding starlet who was, amongst many other credits, the first actress to be kissed on screen by Elvis.At twenty-four and at the peak of her career, Hart abruptly left Hollywood behind to begin a cloistered life as a nun of the Connecticut Abbey of Regina Laudis convent.Thirty years later Hartley sought out Mother Dolores for a visit and poured out her soul. The title of this solo show derives from the driving directions the nun gave Hartley, and refers also to the impossible goal of perfection.

From the nun she gained the insight, comfort, and perspective she had been unable to find in years of intense psychotherapy.She was able to get past the recurring nightmares of hearing her father shoot himself in the next room and cleaning up the mess he left behind, both literally and figuratively.Mother Dolores&#146; counsel led her to become an important spokesperson for suicide prevention organizations and an active counselor to those who have survived the suicide of a loved one.

These are the ingredients of the If you get to Bethlehem lemonade. It is not a Hallmark Card life, but then, who wants to read a book or see a play or movie that is? With the exception of several voice-overs, Hartley plays all the characters and more.In over 90 minutes without an intermission, it is a story told in detail.It is a riveting story and Hartley is a compelling actress. It is not so clear that she is the best playwright.Conversations between herself and her parents are so rapid fire it is not always immediately evident which parent is speaking. Details are so abundant they begin to detract from, rather than add to, the drama, and the resolution feels more like a sermon.These are not fatal flaws, but the ingredient list could be trimmed for starters.Perhaps if fewer events were recounted, those that remained could better developed.

To transfer a memoir from page to stage, allowances must be made for the differences in written vs. spoken dialogue. If You Get to Bethlehem You&#146;ve Gone Too Far is a story worth telling and Mariette Hartley is a pleasure to watch, but adding an editor would improve the mix.