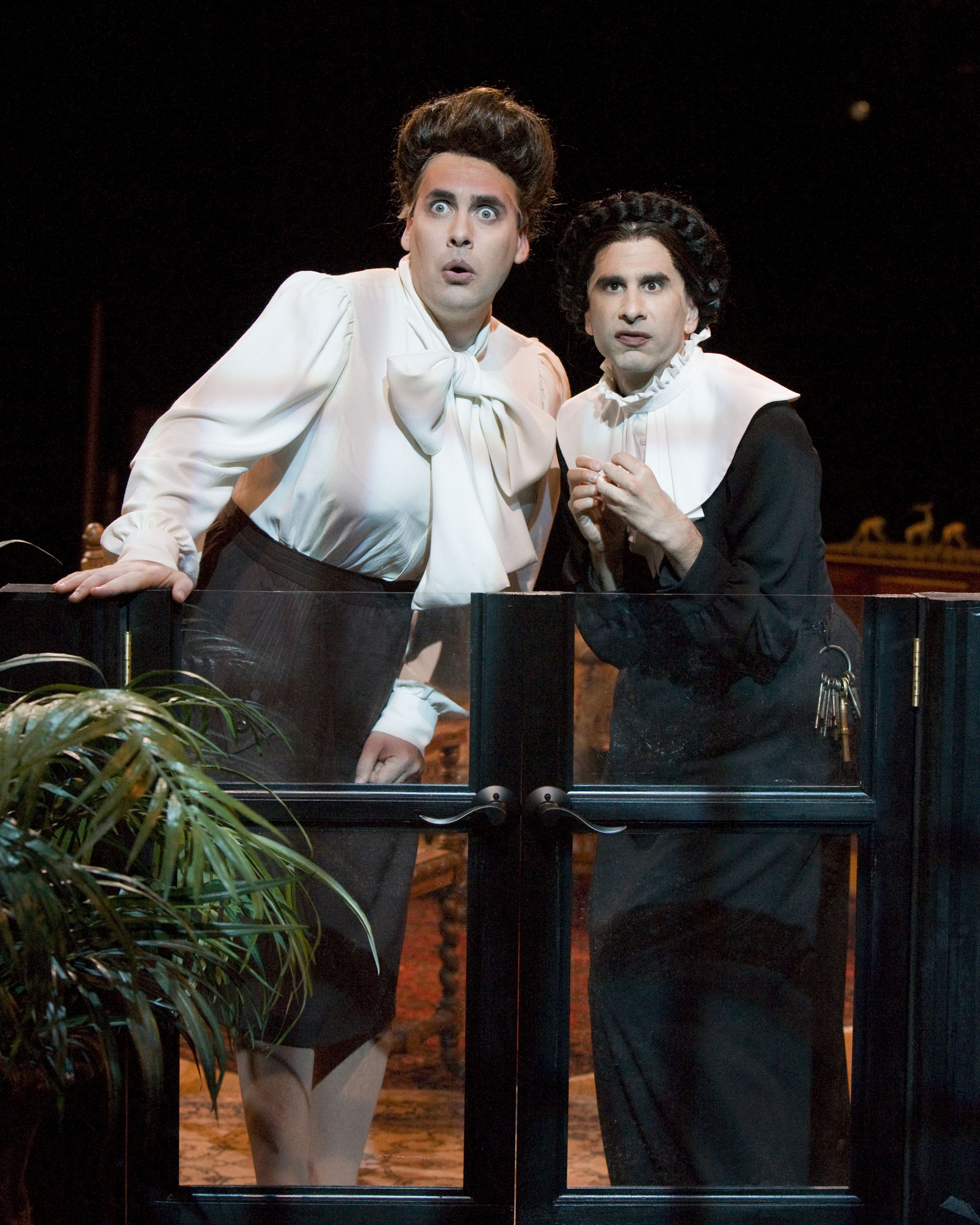 The Mystery of Irma Vep

The Mystery of Irma Vep, playing at The Old Globe’s arena stage in the San Diego Museum of Art, is a tour de force of campy low comedy. Set primarily in Mandacrest, Lord Edgar Hillcrest’s estate, the play begins with servants Jane Twisden and Nicodemus Underwood gossiping about Enid, the new lady Hillcrest. But the minimal plot revolves around Irma, the old lady Hillcrest, who died tragically three years earlier. Lord Edgar is torn between his new and old brides, but this is merely a side note in the ongoing drama that pervades Mandacrest. There are plots, mysteries and a plethora of horror movie staples as the show spoofs everything from the Mummy’s Curse to The Matrix in grand Victorian style.

John Cariani and Jeffrey M. Bender are a frenetically busy cast of two, as each takes on multiple characters, sometimes in the same breath. They scamper masterfully between roles and unselfconsciously embrace each melancholy flourish. Don’t expect these two to honor the fourth wall. In addition to Lord and Lady Hillcrest, Cariani and Bender take on Twisden, Underwood, an intruder, a mummy and more.

The show is melodramatic in the most positive sense of the word. Each over-the-top swoon, clichéd movie trope and awkward character switch is a wink to the audience and an admonition not to take any of this too seriously.

Written by Charles Ludlam, the Obie-winning farce is crisply directed by Henry Wishcamper. The set, which includes a ring of family portraits, evokes the luxuriant decay and overall creepiness of Mandacrest. The Mystery of Irma Vep runs through September 6.