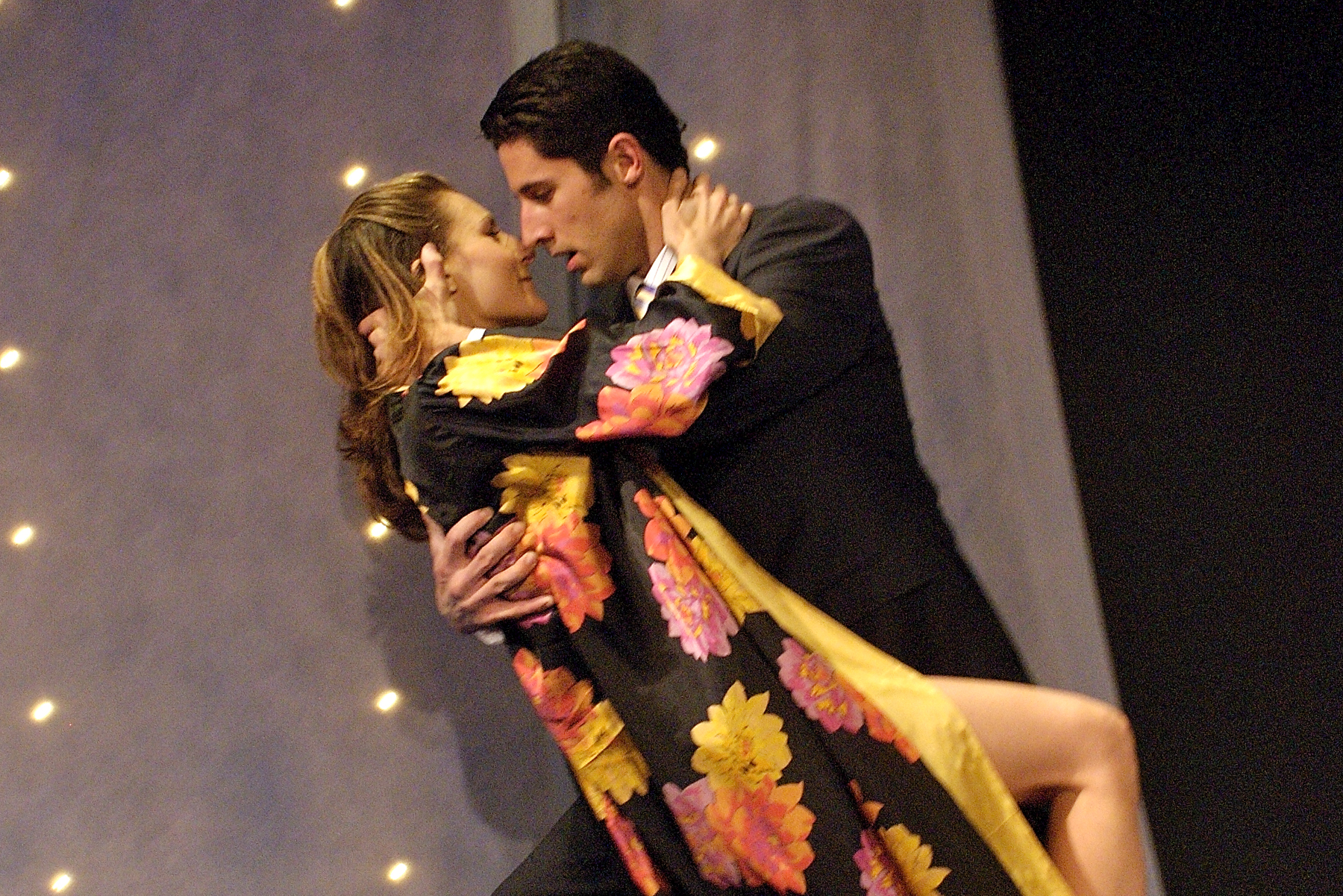 Who knew that a play totally about sex could be such an effective soporific?  At the end of watching the two actors’ 90 minute, no intermission, work-out, standing up felt very good.  Perhaps it should be read as a tip off that the male character is simply “The Man” and the female “The Woman.”  The two played 11 couples, differentiated by accent and costume, doing the mating dance, she seducing and teasing, he powered by testosterone for the conquest.  The connections between the couples were too superficial to hold it together and, even more importantly, the dialogue went nowhere.  The story arc felt like a plateau or mesa.

David Hare based “The Blue Room” on a 1903 play by Arthur Schnitzler entitled “Reign,”   (German for a round dance or roundelay). Schnitzler wrote his play for a small audience of fellow artists and writers.  It would not have gotten far on stage with the puritanical Austrian censors.  His play had each coitus ending with one member of the couple going another step up on the social ladder for the next encounter.  That is until “The Man,” who began as a taxi driver, has finally morphed into an oxbridge, upper class, Englishman who is barely bedding a prostitute — sex is so messy you know — which is what “The Woman” was in the first scene.  That much sex would probably have been enough to keep audiences riveted in the early 20th century.   However, in 2010, we need a lot more of something.  Bare and almost bare bodies, no matter how toned, need a story line to go along with being watched.  Coincidentally the movie “Chloe” came out the day after the Odyssey opening night of “The Blue Room.”  “Chloe’s” non-stop sex also was greeted with a yawn by most critics.

As far as I can see from synopses of “Reign,” Hare stuck fairly close to the original structure.  What went over my head, and the heads of my two companions, was that social class progressed one vignette at a time, and I am still not sure it progressed sequentially.  We all noticed that different classes were present, but were too glazed over with the tedium to see a pattern.

“The Blue Room” has been kicking around since 1998.  Then the legs doing the kicking were Nicole Kidman’s.  She played “The Woman” in London and New York.  In New York, even she received the yawn response.

Having borrowed so much from the past, it looks like writing this was an easy trick for the generally more nuanced Hare.  However, nothing is easy for the actors.   Each scene requires a quick change of costume and dialect as well as character; the stage hand has to keep dragging around a few props to suggest different settings.  The production becomes a major technical challenge for the actors when emphasis should be elsewhere.

Christian Anderson, “The Man,” is very good.  He is sexy, he brings a sense of urgency to the universal male quest,  and he did as much as was possible with the scantily drawn and dressed personas.  If there did not seem to be much chemistry between Christina Dow, “The Woman,” and Anderson much of the blame again goes back to the script.  Apparently Nicole Kidman satisfied the English desired level of steam, but in New York — not so much.  Schnitzler’s original script had five actors which also makes more sense;  but “The Blue Room” was first produced in 1998, so the current recession was not a valid excuse to economize.

Having seen “Chloe” and “The Blue Room” in the same week two lyrics are going through my head:  “Is that all there is?” and “It’s still the same old story a fight for love and glory.”  What is missing here is a sense of “do or die.”  Basically, “The Blue Room” is a snooze.