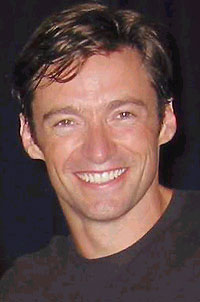 Peter Allen (1944-1992) was a talented songwriter and performer who achieved megastar status in his native Australia, but never broke through to the mass market audience in the U.S. Americans are more likely know and hum his songs than they are to know his name. "I Honestly Love You" was a Number One hit for Olivia Newton-John in 1974; "Don’t Cry Out Loud" was a smash hit for Melissa Manchester; Allen won a 1981 Oscar as part of the team that wrote "Arthur’s Theme (Best that You Can Do)."

The Boy from Oz, a new musical on Broadway (reviewed here from a preview performance), starts with one big plus–the score is a collection of the tunes Allen wrote over his career, some of which will resonate with audiences who remember the songs, most of which sustain the somewhat introspective charm that characterized Allen’s work. There’s also a generous dollop of sentimentality in his songs, tempered by the skilled flow of the lyrical line and the frequently hip-shaking beats, the best of them pulsating Latin rhythms.

The show is Allen’s biography, arranged in a mostly chronological manner, starting with his childhood performing in Australia. (Mitchel David Federan, an 11 year-old singer-dancer, earns uproarious approval from the audience as the young Peter.) A touch of family background (loving Mum, abusive Dad) is quickly followed by an appearance on Australian television (with his performing partner, Chris Bell) and then a gig in Hong Kong, where Allen meets and befriends Judy Garland and he and Bell sign on as her opening act. In New York, Allen marries Garland’s daughter, Liza Minnelli, a marriage that ultimately sinks under Allen’s long-term denial of his homosexuality.

The second act follows Allen’s performing career as it blossoms, partly due to the guidance of his lover, Greg Connell. As Allen finally reached self-acknowledgement of his sexuality, he also loosened up in his performing, leading to a more flamboyant performing style and to lyrics that were honest about his gay identity. Sellout engagements at the Copacabana, Carnegie Hall, and Radio City Music Hall are followed by the disastrous Broadway flop, Legs Diamond. Connell becomes ill from AIDS and dies; Allen later succumbs to the disease himself.

The Boy From Oz originated in Australia with a book by Nick Enright. For the Broadway production, playwright Martin Sherman was brought in to rework the script. Sherman is a prolific playwright, best known for his early play, Bent, a well-wrought drama about two gay men in a Nazi concentration camp. It is impossible to say from this vantage point how much of the book for The Boy from Oz is Sherman’s work, how much is carried over from Enright, but the book is the major weakness of the show regardless.

While the second act proves to be more effective dramatically, the overall product fails to get under the surface of the characters and the dynamics of their relationships. The first act is so skimpily written that it’s impossible to connect emotionally with the characters, especially with Allen himself who maintains a bland, quippy (undeniably charming) facade. He’s never shown as anything but nice; he never gets angry; he pretty much clams up at times of crisis or conflict when good writing might have given the character some depth.

There’s some appropriately bitchy dialogue for the scrappy Garland, impersonated here by Isabel Keating who has the look and the mannerisms of the star down to a T. Unfortunately, that also raises expectations for a voice that would evoke the Garland magic and there, inevitably, Keating doesn’t deliver. In contrast, Stephanie J. Block doesn’t try to imitate Minnelli, but acts more naturally and sings with her own talented voice, a far more successful strategy for assuming the role of a well-known performer. It isn’t her fault that the book barely considers Minnelli’s own set of miseries.

Hugh Jackman is onstage for nearly the entire performance and delivers with unfailing energy and charm. His apparent ease and wide smile provide instant pleasure to an audience primed by his movie stardom to adore him before they even enter the theater. Although it’s always difficult to evaluate electronically enhanced voices, Jackman has a big, well-controlled instrument, best demonstrated in the show’s penultimate number, a show-stopping belter, delivered by Jackman in front of a dark scrim without visual embellishment. Gangly and loose-limbed, he delivers in the dance numbers as well as the songs.

Robin Wagner’s sets are suitably efficient; they neither surprise nor break new ground. He uses mirrors to clever effect in the Radio City Music Hall number, creating the illusion of more dancers than are actually on stage. Overall, the production gives a bit of an impression of constraint by a cost accountant enforcing a tight budget. William Ivey Long’s lavishly spectacular costuming for the finale ("I Go to Rio") is the exception, but otherwise this is not a show about the visually thrilling.

The Boy from Oz works hard to be a crowd-pleaser and it surely played to an enthusiastic audience at the performance reviewed. In doing so, it has homogenized Allen’s life story, skimming over its surface events, touching on the issues but avoiding a penetrating look into the underlying conflicts that presumably were the source of his creativity and surely would have created more memorable characterizations. The show is at its best when Jackman is simply delivering Allen songs; the rest seems like all-too-bland filler. Still, you’ll walk out shaking your booty to thehot samba beat of the finale.