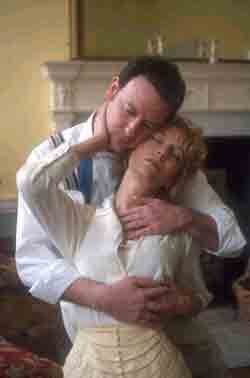 The Cambridge Companion to Tennessee Williams

The sexual frankness and thematic concern with the evils of social convention characteristic of the writings of Tennessee Williams have not always been embraced with open arms in Ireland. In 1957 the Pike theatre staged the Irish premiere of The Rose Tattoo. This play, which had already run into censorship problems as a film, featured a scene in which a character drops a condom. Though the action was mimed on stage, it was enough to get director and theatre co-founder Alan Simpson prosecuted for obscenity. After a year of court battles during which Simpson was imprisoned for a short time, Justice O&#146;Flynn ruled that the defendant was not guilty. This didn&#146;t save the Pike though, which had incurred so many legal expenses that it was forced to close down.

A slightly warmer reception is likely to greet the Gate&#146;s current production of The Eccentricities of a Nightingale, Williams&#146; rewrite of his 1948 play Summer and Smoke, although now the response is less to his challenge to representational norms and more to the delicacy of his art. Summer and Smoke was the playwright&#146;s follow-up to The Glass Menagerie and A Streetcar Named Desire. Though successful enough in its own right (and even filmed in 1961), the play was, according to Williams, "purified of all but its humor, poetry and passion" by the playwright himself in a rewrite which premiered at the Morosco Theatre, New York in 1976.

The play concerns the inevitable fate of another of Williams&#146; Southern belles, one Alma Winemiller (Lia Williams), daughter of the local rector (John Kavanagh) in Glorious Hill, Mississippi circa 1916. Alma has had a long-time fascination with the local doctor&#146;s newly-qualified son John Buchanan (Riste�rd Cooper), who is shielded from the world at large (and more specifically from &#145;unsuitable&#146; women) by his protective mother (Barbara Brennan). Alma&#146;s own mother (Susan FitzGerald) is mentally enfeebled, still reliving the death of her sister in New Orleans fifteen years previously.

Alma is a beautiful singer, known by some as &#145;the Nightingale of the Delta,&#146; but the constant risk that she will follow in her mother&#146;s footsteps troubles her father. As he tries to constrain and contain his daughter&#146;s &#145;eccentricities&#146;, her infatuation with young Dr. Buchanan grows, as does her nervousness and desperation. The stage is set for tragedy in the usual Williams fashion, where personal loneliness, social isolation, and sexual dysfunction will inexorably visit themselves upon the heroine with wistful Southern grace rather than Shakespearian fury.

The Eccentricities of a Nightingale contains many passages of beautiful writing. Williams&#146; evocative prose is filled with images of the singular yet stifling atmosphere of the South. It begins on the Fourth of July when the heat is oppressive and the emotions begin to develop under the glare of social and sexual repression. It then moves into winter, where the chill in the air contrasts with the passions of the characters and foreshadows the doom which hangs over their relationships. Though there is a certain schematic quality to the plotting and some of the scenes tend towards the dramatically obvious, the poetry of the language is strong enough to overcome these deficiencies. The play is not a masterpiece, but Williams&#146; writing still provides an opportunity for actors and directors to craft vivid portraits of Southern life which cut to the core of issues of sexual identity and its social context.

The Gate&#146;s production is tastefully rendered and features a strong performance from Lia Williams. Though initially off-putting because of the very &#145;eccentricities&#146; upon which the role is built, her characterization gradually reveals depth and detail. The actor captures the mixture of gentle refinement and frustrated potency which tortures this particular girl. Glimpses of her strength and intelligence are set against the ridiculous conformity and the weight of social expectation brought to bear upon her and which produces understandable discomfort. Though at the end of the play she has &#145;fallen&#146; in the eyes of society, there is a paradoxical suggestion that she has found strength in her willful rejection of propriety. She has chosen loneliness, isolation and ignominy over the hypocrisy of commonplace behavior. The actor registers all of this through a combination of remarkable vocal technique and a measured use of exaggeration in her movement and deportment.

The most notable supporting performances come from Barbara Brennan (Lovers at Versailles) and Susan FitzGerald (Pride and Prejudice). Both actors make the proverbial meal out of two of Williams&#146; Southern dames, but they hold short of camp hysteria in favor of the generally serious and controlled tone of the production on the whole. Riste�rd Cooper is also unusually subdued in an effective turn as the object of Alma&#146;s affections. There isn&#146;t a lot of sexual heat to the role (certainly as compared to Stanley in Streetcar), but the character isn&#146;t especially aggressive anyway. The desire is all on Alma&#146;s part, and as such the production relies on Ms. Williams&#146; portrayal of her repressed energies. Sorcha Fox (The Hand), Noelle Brown, David Pearse (Alone it Stands) and Philip Judge are an authorial concession to a broader type of comedy as a group of misfits who make up Alma&#146;s &#145;social club&#146;, and their one big scene comes as a welcome comic relief from the sadness and tension which otherwise prevails.