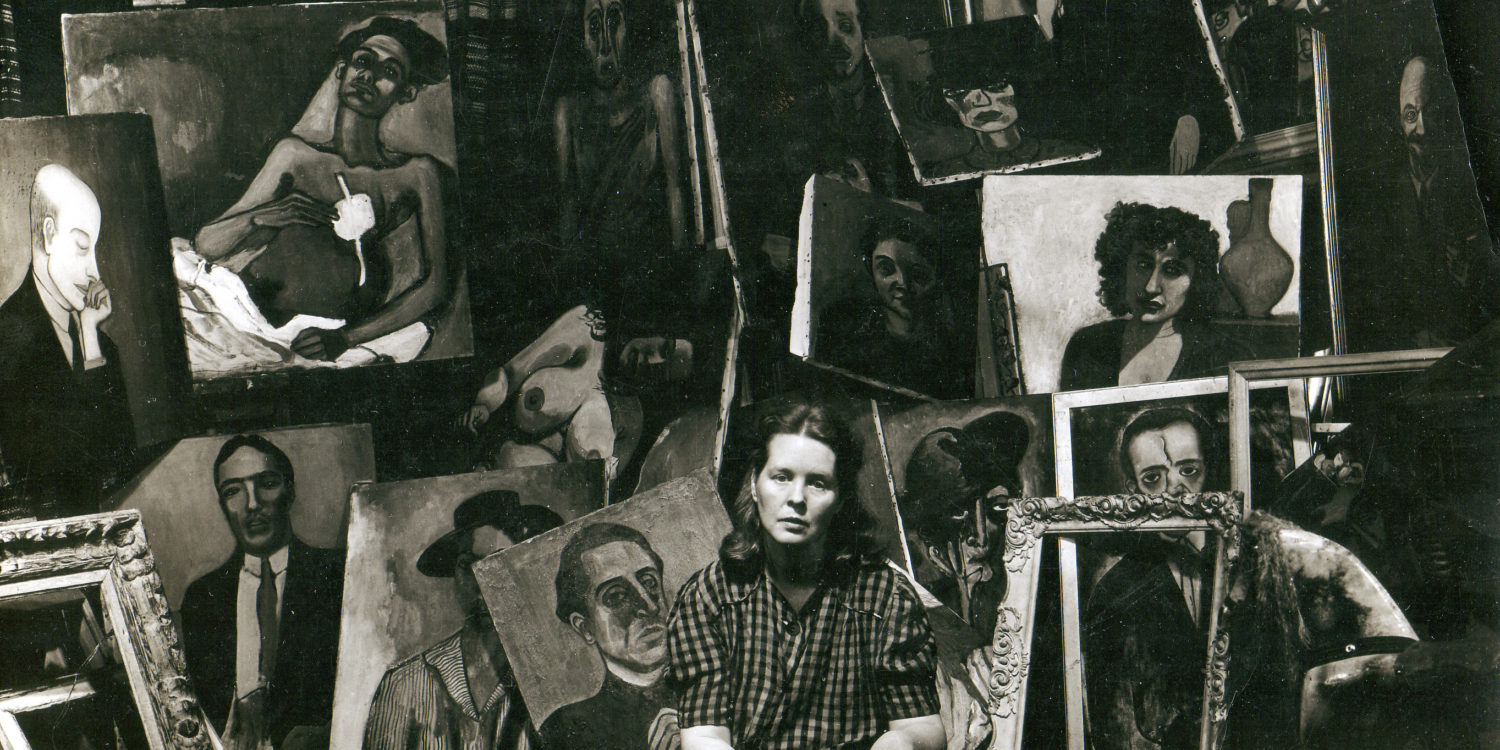 Alice Neel (1900–1984) is one of many American women artists underappreciated during her lifetime. She didn’t fit in with the then-current abstract art style and didn’t play the games necessary to achieve financial or critical success. But what she did do was create the most arresting, articulate, and artistic portraits of a large cross-section of people. Her art is representative but with a larger-than-life, confrontative style. Neel called her work “pictures of people,” not portraits.

Alice Neel: People Come First is now showing at the Fine Arts Museums of San Francisco’s de Young Museum. Co-curated by the Fine Arts Museums of San Francisco, New York’s Metropolitan Museum of Art, and the Guggenheim Museum Bilbao, it features more than 100 paintings, drawings, watercolors, and film. The well-curated, extraordinary show of portraits, streetscapes, still lifes, and interiors, underscores that Neel is one of the 20th century’s most original painters.

Neel’s life was not easy. Soon after graduating from art school in Pennsylvania, Neel married Carlos Enríquez, an upper-class Cuban painter, and moved to Havana with him. While there, Neel joined the Cuban avant-garde, which helped begin her lifelong political pursuit of humanitarian values. Unfortunately, after her young daughter died before her first birthday, Neel suffered a nervous breakdown, was hospitalized and attempted suicide. Neel settled in New York City several years later (1927), and she lived there for the rest of her life. Neel and Carlos Enríquez never continued to live together nor officially filed for divorce. She went on to have other lovers and children.

While first living in New York City (first, Spanish Harlem, and later the Upper West Side), Neel painted numerous portraits of mothers, visibly pregnant women, musicians, nudes, activists, queer cultural figures, feminists, civil rights and political leaders, and street people about whom she was curious. She was devoted to the many activists, intellectuals, and dissenters she painted and remained faithful to her commitment to social justice and humanist principles.

The first of the nine sections that comprise “Alice Neel: People Come First” is about her vision of New York City and her experiences there in the 1930s and early 1940s, during which she was a member of the WPA Federal Art Project. Her haunting urban landscapes, “Longshoremen Returning from Work” (1936) and “Spanish Harlem” (1938), are less typical than her portraits. Protest scenes condemning Nazism and the execution of Willie McGee highlight Neel’s early activism.

“Counter/Culture” is the largest area within the exhibition. The portraits exemplify Neel’s social causes, from playwrights to feminist and civil rights leaders. For this leg of the show, the San Francisco’s Fine Arts Museums is showing Neel’s 1971 painting of the beloved San Francisco concert pianist Robert Avedis Hagopian (1945–1984), who died from complications of HIV/AIDS.

The gallery entitled “The Human Comedy” (after the French author Honoré de Balzac) displays some of Neel’s most heartbreaking drawings and paintings. The personal significance of these subjects to Neel is apparent in the 1931 pencil drawing, “Suicidal Ward, Philadelphia General Hospital,” where Neel had been confined.

The San Francisco’s Fine Arts Museums’ novel edition to the exhibition is the section, “Alice Neel and Art History.” It compares a few of Neel’s works with objects drawn from the Museums’ collections, including those by Imogen Cunningham and Richard Diebenkorn. It is fascinating to see how Neel’s view of the chosen subject matters is similar to, yet different from, those of other artists.

The galleries titled “Motherhood” and “The Nude” are of intimate portraits, full of honest portrayals of personal moments. The artist’s only nude self-portrait (1980) shows all the bags and sags of her 80-year-old body as she gazes forthrightly and unflinchingly forward.

Alice Neel left an exemplary body of artwork that illustrates her unique talent. This outstanding exhibit solidifies her legacy as an artist for all time.