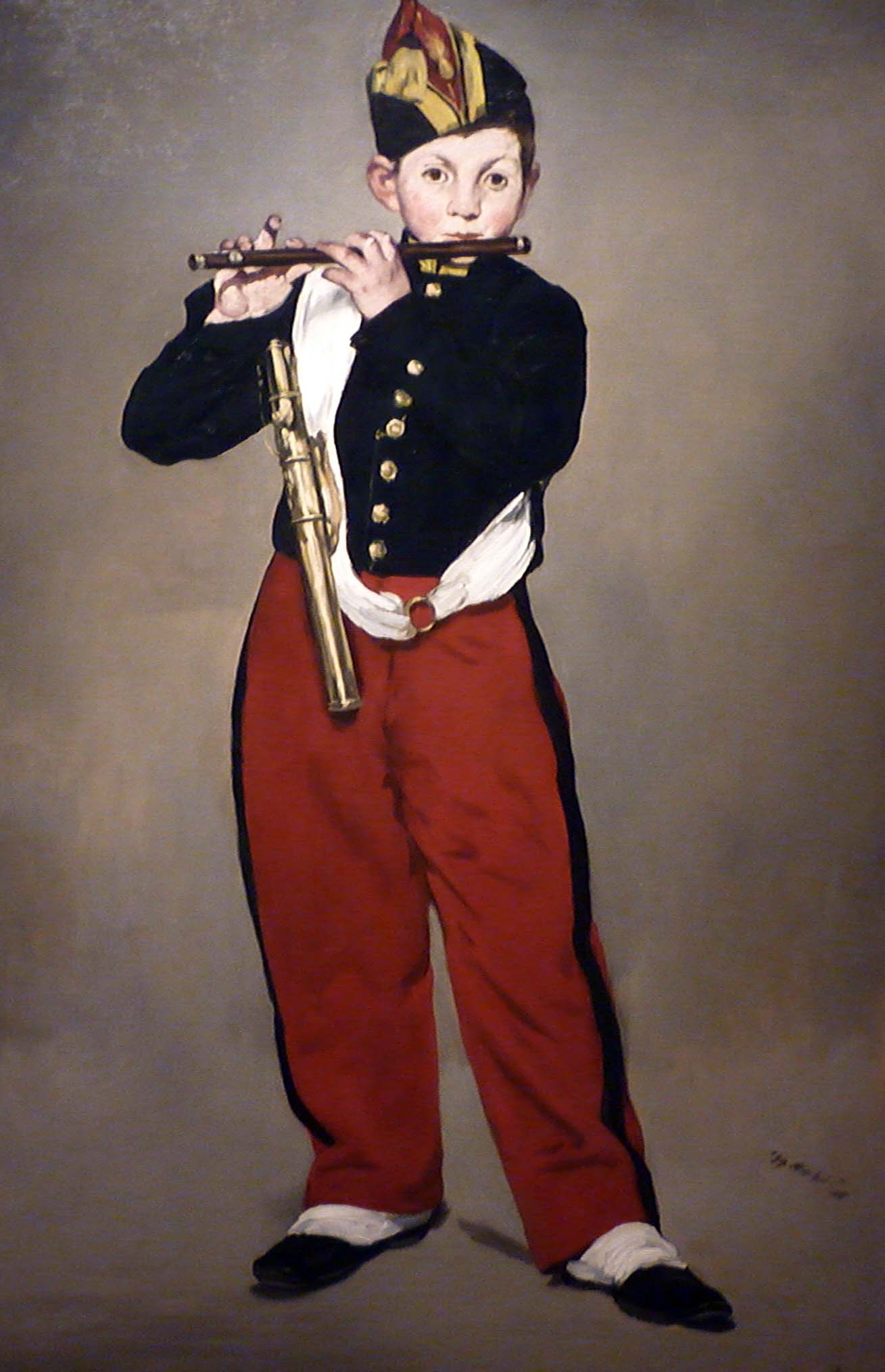 Birth of Impressionism — Masterpieces from the Musée d’Orsay

“The Fife Player” by Édouard Manet

This summer, both tourists and San Franciscans can enjoy a short sojourn to Paris by visiting the de Young Museum’s exciting first-class exhibit, Birth of Impressionism: Masterpieces from the Musée d’Orsay. The Musée d’Orsay, a marvelously imposing train station created for the Paris International Exposition of 1900, was transformed into a museum in 1986. Its goal is to highlight the art of the Western world from 1848 through 1914.

Its collection of Impressionist and Post-Impressionist paintings represent the finest selection of its kind in the world. If one saw nothing else, seeing such significant works of art in the Museé d’Orsay’s immense and remarkable setting would be reason enough to travel to Paris.

Luckily for Americans, the Musée d’Orsay has lent us its most beloved paintings while it undergoes a partial closure for refurbishment and reinstallation in anticipation of the museum’s 25th anniversary in 2011. This sophisticatedly mounted and curated exhibition includes nearly 100 paintings from the Musée d’Orsay’s permanent collection and highlights the seminal work of 37 artists including William-Adolphe Bouguereau, Paul Cézanne, Gustave Courbet, Edgar Degas, Édouard Manet, Claude Monet, Camille Pissarro, Pierre-Auguste Renoir, Alfred Sisley and James McNeill Whistler.

Iconic Impressionist paintings such as “The Dancing Class” by Edgar Degas, “The Magpie” by Claude Monet, “Arrangement in Gray and Black No. 1: Portrait of the Painter’s Mother” by James McNeill Whistler (yes, it’s “Whistler’s Mother”), and “The Floor Scrapers” by Gustave Caillebotte are presented. And they’re in good company.

Eleven galleries are laid out in chronological order. The early ones show the artists of the Salon, who represented the art establishment in Paris, including the realist Courbet as well as Rafaelli, Cabanel, Moreau, Delaunay and Millet.

After an interesting gallery of artists who were influenced by the Spanish, we see the transitional works of Édouard Manet. Being richer and older than the later Impressionists, Manet never broke off from the Salon as the Impressionists did. But he still sought innovative techniques that challenged the boundaries of the Salon.

For example, compare Manet’s “The Fife Player” to Elie Delaunay’s realistic “Diana,” or any of the portraits by Salon members, for that matter. Manet’s work has no background; the fife player is seemingly placed on the canvas without regard to three-dimensionality or the detailed realistic background found in works such as “Diana.”

The galleries that contain the artists of the first Impressionist exhibition (1874), spring to life with multiple works by Monet, Renoir, Morisot, Pissarro and Sisley, including Renoir’s “The Swing.”

In the final gallery, exquisite paintings by Cézanne and Degas leave viewers wanting more. And there will be more; in the fall of 2010, the de Young Museum will exhibit Van Gogh, Gauguin, Cézanne and Beyond: Post–Impressionist Masterpieces from the Musée d’Orsay. Once these masterpieces return to the Musée d’Orsay, they will never again be loaned out for exhibition as a group. Need I say more?