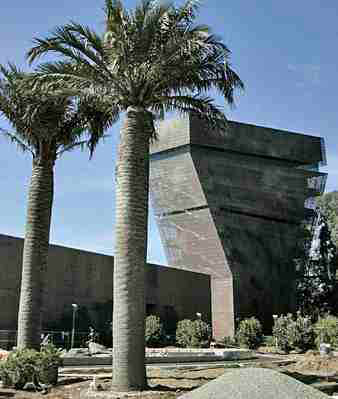 The Saxe Collection and the Kiki Smith installation

When I was a very young man I had a great desire to acquire curious things, especially antiquities, and always felt that I would like to make a collection. I do not know just what impelled me in that direction, but I commenced by making a collection of stuffed birds.

Presumably, the birds never made it into San Francisco’s de Young Museum, but, as with many provincial museums around the world, the museum was created largely as a repository for art and artifacts collected by the local gentry. De Young, whose fortune originated as publisher of the city’s newspaper, The San Francisco Chronicle, was an active supporter of international expositions. After the 1893 California Midwinter Exposition, he convinced the city authorities to create the museum in the Expo’s Fine Arts Building in Golden Gate Park where it opened as the Memorial Museum in 1895. DeYoung spearheaded construction of a completely new Spanish-style building which was completed in 1919 and remained San Francisco’s premiere art destination until it was severely damaged in the 1989 Loma Prieta earthquake.

Another San Francisco art lover, Alma Spreckels (the sugar fortune), spurred the creation of a second museum, The Palace of the Legion of Honor, which opened in 1924. The two museums were united under a single administration in 1970 and a reorganization of the collections rationalized their displays. The Legion now houses the collections of antiquities and European art, while the de Young primarily displays American art of all periods, costumes and ethnographic textiles, and the traditional arts of Africa, Oceania, and the Americas. With significant additional gifts over the years from benefactors such as the Rockefellers, the Friedes and the Saxes, this somewhat disparate accumulation has grown to be of significant importance in its various elements, if somewhat stretched in finding a unifying theme.

At best, the bizarre and contentious politics of San Francisco generates major obstacles to creating a significant new building in a city that is notable for retrograde architectural taste and not-in-my-back-yard self-interest. Voters twice rejected bond measures to fund a new museum and, when plans got under way with entirely private funding, lawsuits delayed the process further. It took sixteen years after the earthquake for the vision and determination of museum director Harry Parker, along with the astute fund-raising skills of board president, Dede Wilsey, to create the new home for the de Young, an elegant, world-class building by the Pritzker Prize-winning firm of Herzog & De Meuron.

The building consists of a horizontal element, two stories high with a third level underground, along with a 144-foot vertical complement–a twisted trapezoidal tower that takes on different silhouettes depending on the angle from which it is viewed. The tower principally houses the educational programs of the museum, topped by a viewing gallery that offers arresting vistas of San Francisco in all directions. The galleries are laid out in three parallel bands, intersticed by irregularly shaped, narrow, landscaped courtyards (landscape designed by Walter Hood) which bring both light and a sense of the park location into the depths of the building. A large airy central court provides, as the concept stated, "nonhierarchical" access to the various collections. The building is clad in copper panels, already oxidizing towards a dark verdigris. Each panel has been uniquely embossed into patterns of dimples and perforated with circular punches. The result is a rich, densely patterned surface that allows for a play of light not unlike that of sunlight through trees, with subtle and complex variations that relieve the massiveness of the facade.

Most importantly, the architects familiarized themselves with the museums collections and sensitively designed the galleries from the inside out, to allow for each of the very different collections to be shown in their best light. The American paintings, for example are in rather traditional rectangular rooms with walls painted in varying shades such as rose, mauve, beige and green. The Oceanic collections are dramatically lit in darker galleries with wood used generously on the floor, ceilings, and display cases. Throughout, the building is distinguished for the richness of the materials used and extraordinary attention to detailing.

The museum commissioned a number of site specific works as an integral part of the design. Andy Goldworthy has pride of place at the main entrance with an installation of paving stone and stone boulder benches, with a series of cracks in the paving and fissures in the massive benches meant as reminders of the earthquake. A huge Gerhard Richter mural, using the deliberately blurred effect the artist has used in other works, dominates the central court and is guaranteed to tweak your astigmatism. In the gallery housing the brilliant Saxe collection of contemporary crafts, Kiki Smith has created a complex ceiling-hung piece that includes a shower of raindrop-shaped blown glass, complementing the collections displayed below.San Francisco favorite, Ruth Asawa, has turned the smallish entry to the tower space into a miniature, magical wonderland, with a group of airy, elegant wire sculptures hanging midair, skillfully lit so that the shadows of the works magnify their presence and transform the entire room into a play of light and shadow.

One of the goals in creating the new building for the de Young was to unify its highly eclectic group of collections into some sort of cohesive whole, integrating diversity though connectivity. Whether that has been accomplished remains debatable, but does it matter? With a building as distinguished as any (and more than many) in the wave of new museums created in recent years, and collections of world importance, including 19th century American painting, Oceanic and New Guinea art, the new de Young creates its own unique experience of the arts in an environment that itself affords an extraordinary aesthetic experience.