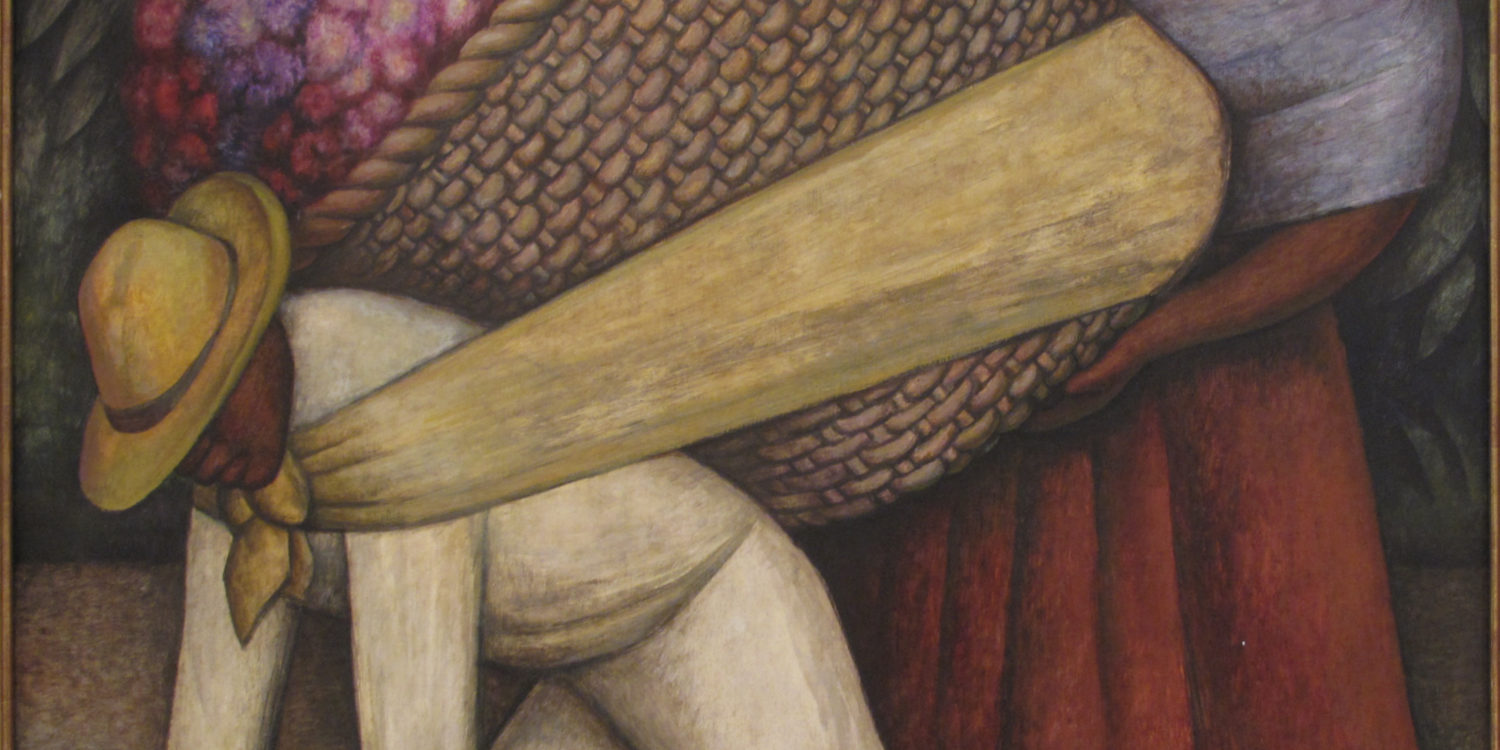 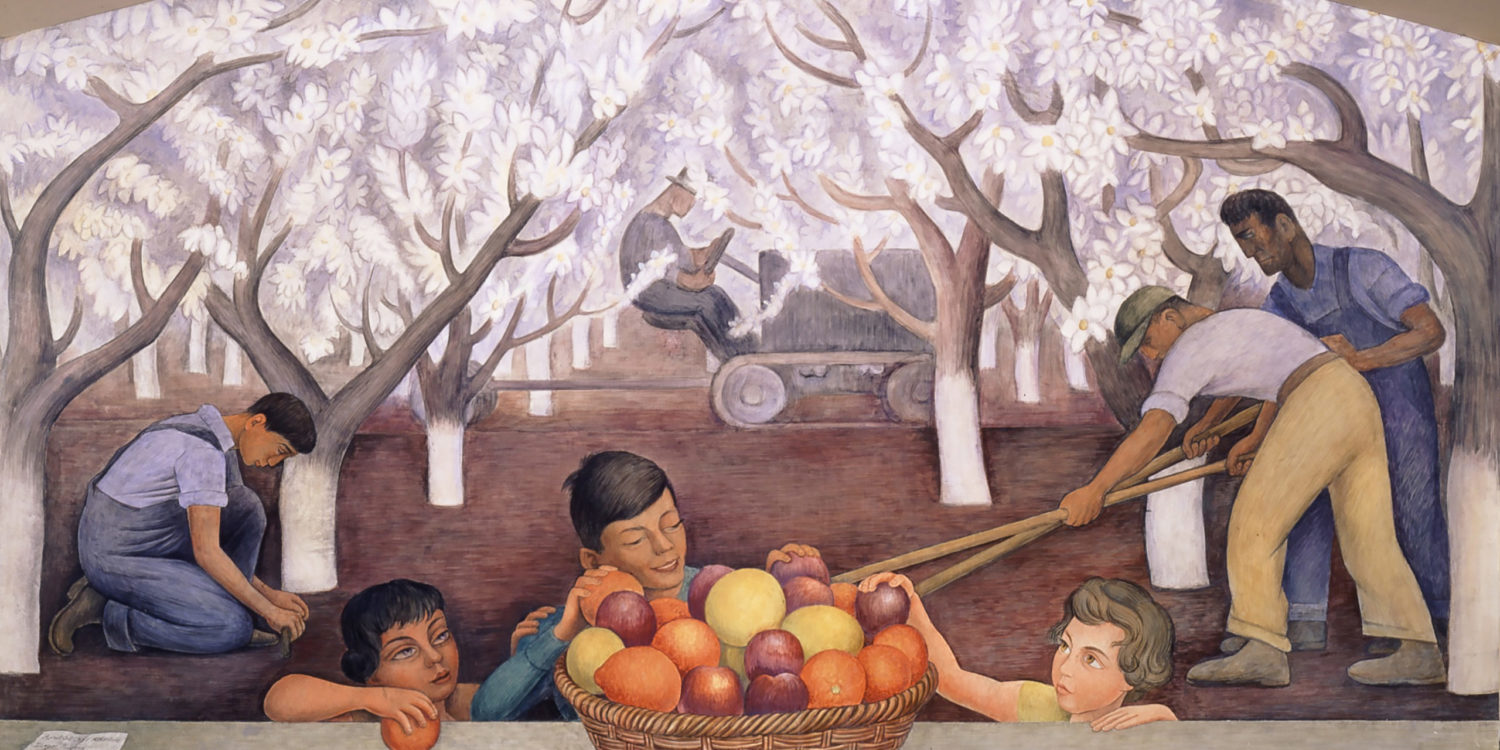 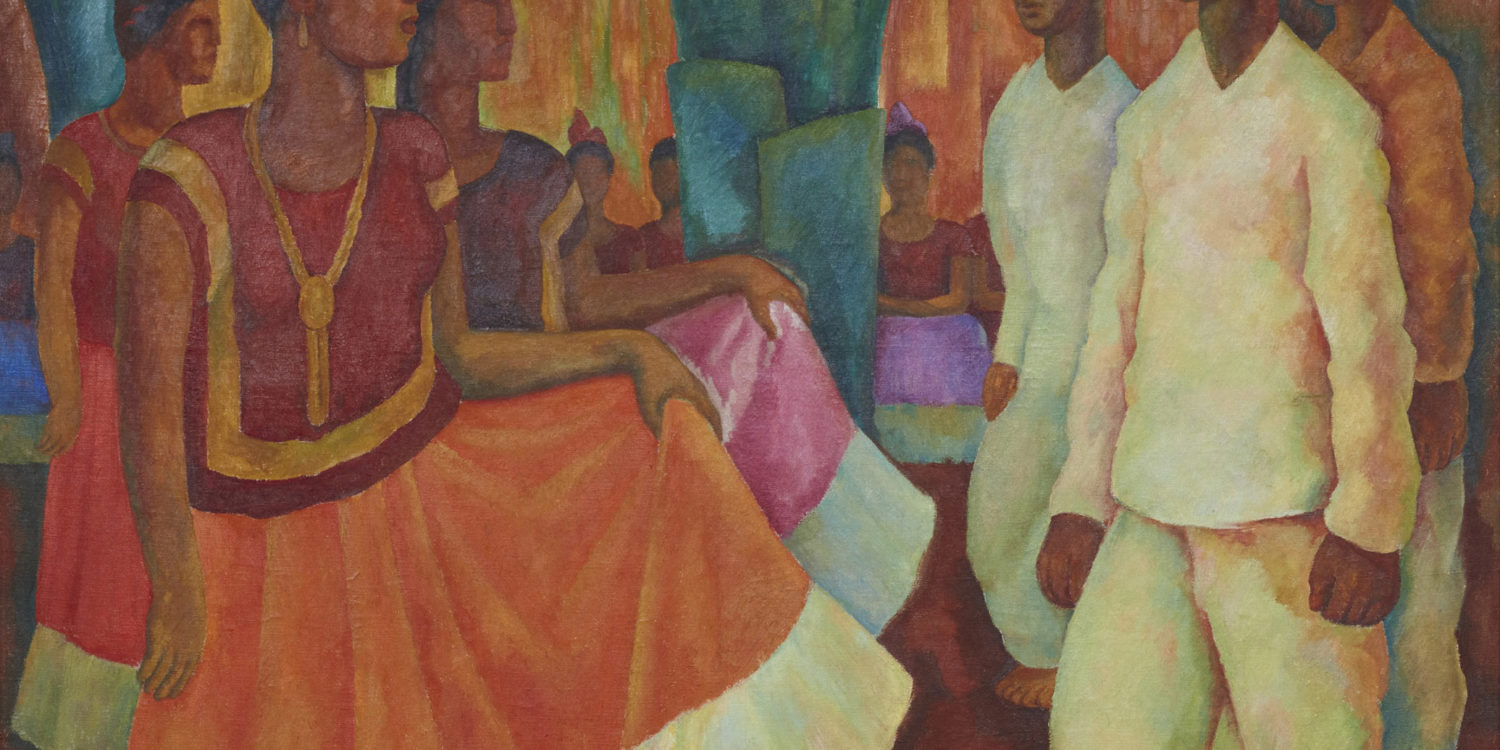 SFMOMA’s fascinating “Diego Rivera’s America” is an overview of two very creative and productive decades of the artist’s life, from the 1920s through the post-war years. The large, well-presented, well-annotated exhibition contains more than 150 objects, including impressive film projections of Rivera’s Mexican murals. Also exhibited are three excellent paintings by Frida Kahlo, one of Rivera’s five wives. Many pieces are owned by private collectors and museums and have never been shown in public or traveled.

In 1907 at age 21, Diego Rivera (1886 – 1957) left his native Mexico to study art in Europe. He settled in Paris, where he became part of a cubist cadre of painters, which included Amedeo Modigliani and Chaïm Soutine. Inspired by Paul Cézanne’s paintings, Rivera shifted toward Post-Impressionism, using vivid colors and simpler forms — foretelling his later unique style. At the urging of the then Mexican ambassador to France, Rivera traveled through Italy to study its art, including Renaissance frescoes.

The exhibition begins with creations made after his 1921 return to Mexico when he became involved in the government-sponsored mural program and joined the Communist party. Organized by topics rather than chronology, the galleries’ themes include the City of Tehuantepec; Daily Life; Mothers and Children; North to San Francisco; The Proletariat; and, In the Studio. The exhibition closes with Rivera’s post-World War II and Cold War efforts.

His pride in Mexico, especially its indigenous cultures, was inspirational to Rivera. His 1920s works were an effort to affect Mexican people and celebrate them. Paintings like “Dance in Tehuantepec” (1928) and “La molendera (The Corn Grinder)” (1926) are prime examples of the rich color-filled palette he employed, with a modern, figurative image.

Rivera’s unique gifts are best seen in the murals and frescos displayed throughout the museum. “Pan American Unity” (1940), Rivera’s fabulous 30-ton, 74-foot-wide-by-22-foot mural, is on display at SFMOMA’s free first-floor gallery until 2023. Then it will be returned to its permanent home at the City College of San Francisco.

Especially appealing for its combination of delicate fruit blossoms and manual labor is the 1931 fresco, “Still Life and Blossoming Almond Trees,” created for Sigmund and Rosalie Stern’s home in Atherton, now in the permanent collection of UC Berkeley.

High-tech filmed projections of the 1,000-square-foot “Creation” (1922-3), the large “Ministry of Public Education El Tanguis” (1923-28), and “The Market” (1923-24) are standouts.
The exhibit also features large-scale preliminary sketches of several projects that were never completed, like Rivera’s demolished Rockefeller Center project of 1933. His 1931 versions of the “Proposal for the facade of the Paramount Theater,” then being built in Oakland, were not selected.
Artwork derived from Rivera’s trips to Moscow, the US, and two stays in San Francisco inform his biography. When Rivera traveled to the US in the 1930s and 1940s, he continued his success with large-scale works but also painted portraits of the rich and famous. His portrait of Edsel B. Ford (1932) and the 1941 “Portrait of Frances Ford Seymour [the mother of Jane and Peter Fonda] and her daughter, Frances De Villers Brokaw,” are good examples.

Rivera’s art and life are studies in contradictions. He was well-traveled but kept faith with the indigenous peoples of his homeland. His paintings highlight the traditional Mexican hand laborers, yet he accepted commissions from millionaires and often enjoyed their company. Despite being an ardent atheist, he once wrote that his Jewishness was the dominant element in his life; at the same time, he joined the occult Rosicrucian Order. What a fascinating person he must have been . . . and what a fantastic exhibit of his work.