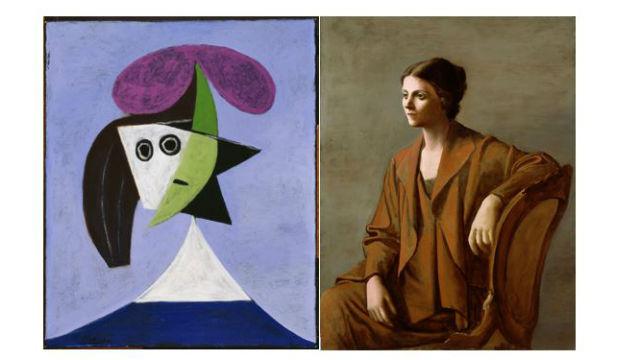 Revolutionary though the art of Pablo Picasso (1881-1973) may have been, at its core was the human figure, and portraiture was always an important part of his output. In association with the Museu Picasso Barcelona, the National Portrait Gallery has assembled over 80 portraits by the great Spanish artist.

The exhibition has been criticised for being rather light on art history, and for including few stand-out masterpieces. However, it makes up for this with the sheer quality and diversity of the exhibits, from early caricatures of his fellow students to the quick sketch Picasso did of his friend Nusch Éluard on a paper tablecloth.

True, a more comprehensive show might have included weightier fare, such as the celebrated portrait of Gertrude Stein, now in the Metropolitan Museum of Art in New York, over which Picasso laboured for many months. Nonetheless, there are a number of important loans, including the wistful portrait of Sebastià Juñer Vidal, from his Blue Period, and that of Daniel-Henry Kahnweiler, one of the touchstones of Cubism. There’s enough here to make an assessment of the changes Picasso wrought with the genre, should you so wish.

Broadly chronological, the early rooms include portraits of the great and the good, among them Jean Cocteau, Guillaume Apollinaire and Igor Stravinsky.

The main focus, however, is on the artist’s family and close friends, always his preferred subjects; Picasso never accepted formal portrait commissions. Chief among these were his long-suffering wives, mistresses and other muses. The most prominent were his first wife, Olga Khokhlova, who gets a room of her own here; Marie-Thérèse Walter, always easy to spot because she was the only blonde; and the later trio of Dora Maar, Françoise Gilot (who is still alive, aged 94) and Jacqueline Roque. The last three all looked quite similar: Picasso tended to go for strong-featured women, with prominent, aquiline noses.

Throughout this exhibition, there’s a tendency to read rather too much of Picasso’s biography into the artworks, as when the wall text claims evidence of estrangement in the classicizing portrait of Olga (1923), which I don’t see. Sensitive, loving drawings of Marie-Thérèse and Dora belie the threadbare cliché of Picasso as domestic monster, whilst the charming and affectionate portraits he made of his children confirm him as a dedicated family man.

You go round the show shaking your head at Picasso’s extraordinary command of technique and materials, and his ability to re-invent traditional forms. As well as works in oil on canvas, there are drawings, prints, sculptures, collages, photographs, even curious cutouts painted on sheets of bent metal.

Another theme, considered in the big, rather disorganised room devoted the second half of Picasso’s life, is his reverence for the work of the Old Masters. He has a lot of fun imagining the sex lives of Raphael, Rembrandt and Degas (non-existent in the case of Degas). In other works you see him re-working Velasquez’s “Las Meninas” and Rembrandt’s great self-portrait in the Frick Collection in New York.

Finally, there are the portraits Picasso made of himself, although he was never as committed to his own image as were, say, Rembrandt or Van Gogh. The show opens with the assertive “Self-Portrait with Palette” of 1906; it ends with an extraordinary drawing from 1972 showing a block-like face visibly crumbling before our eyes.

This exhibition does credit to the National Portrait Gallery, which until comparatively recently was rather a stuffy place, the occasional buzz being provided by the acclamation of some high-end fashion photographer or other. Last year, though, the NPG gave us a Giacometti show, handsomely matched by this new one on Picasso. I look forward to discovering who among the Moderns (and perhaps Post-Moderns) the gallery decides to tackle next.

(9658)
$7.44 (as of January 25, 2021 - More infoProduct prices and availability are accurate as of the date/time indicated and are subject to change. Any price and availability information displayed on [relevant Amazon Site(s), as applicable] at the time of purchase will apply to the purchase of this product.)

(13292)
$48.99 (as of January 25, 2021 - More infoProduct prices and availability are accurate as of the date/time indicated and are subject to change. Any price and availability information displayed on [relevant Amazon Site(s), as applicable] at the time of purchase will apply to the purchase of this product.)
related posts