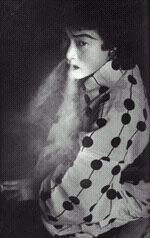 A Bottle that Was Melted by Heat Wave and Fires, Nagasaki, 1961

In 1960, Japanese photographer Shomei Tomatsu was commissioned to photograph the survivors of the atomic bombing of Nagasaki in 1945. Fifteen years after the fact, Tomatsu was able to capture the horror of a nuclear holocaust with an immediacy of emotionally wrenching effectiveness. His photograph of a beer bottle melted in the heat of the explosion, an artifact that has the look of some grotesque, organic creature from a science fiction film, is perhaps his most widely known image. As with the best of Tomatsu’s work, the photo is at once a coolly straightforward documentation of reality, a surreal abstraction, and an image of evocative ambiguity.

Tomatsu, now in his 70’s, is widely acknowledged as the preeminent postwar Japanese photographer, one of the great photographers of the 20th century. Shomei Tomatsu: Skin of the Nationis a comprehensive survey of five decades of his work, the first ever retrospective exhibition of this modern master outside of Japan.

Tomatsu’s career has spanned a time of cataclysmic change in Japanese history, from the pre-war traditional society, to the reactionary nationalism that brought Japan into World War II, to the U.S. fire bombings of every major Japanese city (including Tomatsu’s home city of Nagoya) and the ultimate unleashing of the atomic bomb, to the post-war American occupation and westernization of Japanese culture. It is no wonder that artists and intellectuals of the period expressed alienation and a defensively dispassionate view of the world. The documentary objectivity of Tomatsu’s work, combined with an ineffably precise sense of the esthetic, results in a body of work that is both a record of its time and a profoundly satisfying artistic accomplishment.

The exhibit is comprised of some 260 photographs arranged in thematic groupings by curator Sandra Phillips. Since Tomatsu continually returns to themes previously explored, the result is not a chronological presentation. At the same time, the themes are so interrelated and overlapping that sometimes these classifications seem rather arbitrary, an outcome that may be inescapable in attempting to organize the diverse works of an intensely creative mind over five decades.

The section "Apr�s-Guerre," for example, spans work from 1951 (the very beginning of Tomatsu’s career) to 1963 and includes subject matter as varied as a touching picture of a child leading a blind veteran by the hand; a timeless study of the delicate tracery of a network of electrical transmission wires against the Tokyo sky; and an elegant portrait of a prostitute exhaling smoke from her nose in a manner evoking a traditional dragon. The strong graphic print of her kimono, the white powder on her face, and the smoke create dramatic contrasts of light and dark against the black background.

"The Americans" and "Americanization" sections group work that explores the imagery of those who were conquerors and occupiers, but whose cultural influence was widely absorbed into Japanese life. The images range from American officers, ordinary sailors, and visiting civilians, to warships, jet aircraft and a large-finned car. Tomatsu, with deceptive simplicity, shoots the airborne jet, and later the warships, together with the traditional tiled roofs of Japanese houses, instantly encapsulating the new and the traditional, the foreign and the native elements. An unusual excursion into color is a subtle and arresting picture of ads for that most pervasive of all American exports, Coca Cola, against a faded yellow wall. As superb as his mostly black-and-white work is, Tomatsu’s work in color is a revelation. Later work such as a 1973 shot of a red curtain billowing against a window; the 1970 "Japan World Exposition," which pictures the buildings through a red paint-spattered glass; or the later, quite traditional "Cherry Blossoms" establish Tomatsu’s mastery of color.

For all the extraordinary achievements of Tomatsu’s long career, it is the images of Nagasaki that will likely continue to haunt the viewer, even when other fine work has faded from memory. Scarred faces, maimed limbs,fetal remains, a wristwatch frozen in time, and that transmuted beer bottle provide a record on an immediate and human scale of a heartless and inhuman act of vast destructiveness, the totality of which eludes comprehension.