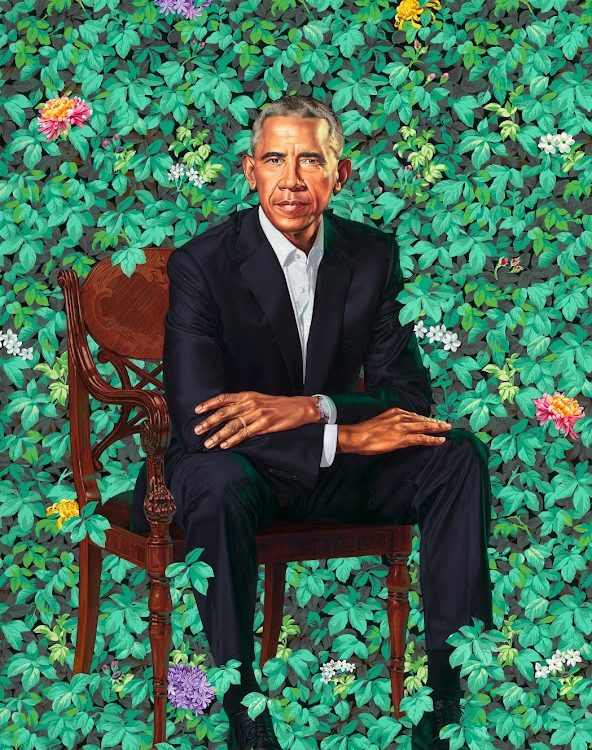 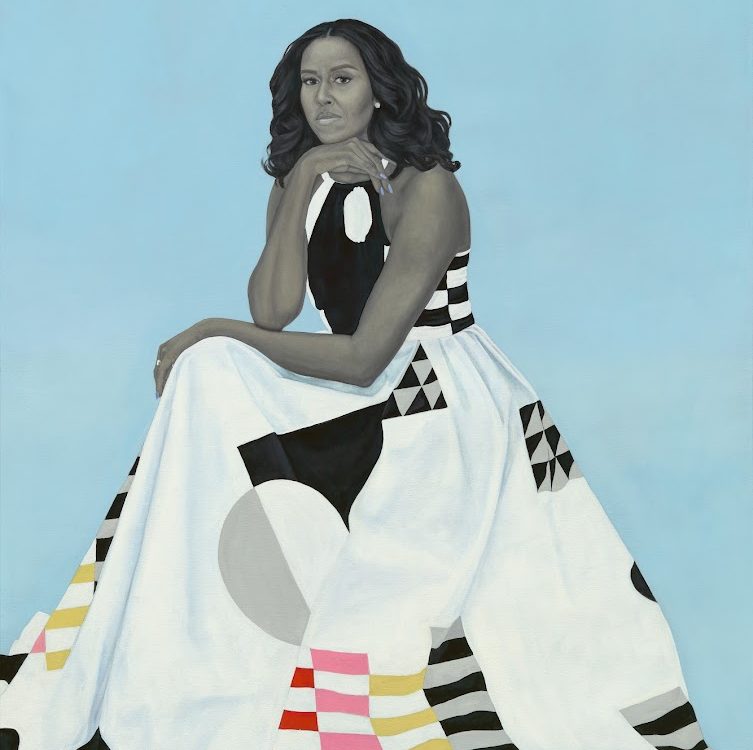 The official portraits of President Barack Obama and First Lady Michelle Obama were unveiled at the Smithsonian’s National Portrait Gallery in February 2018. When the pictures first went on view, attendance skyrocketed by 300 percent. Visitors reacted emotionally to the striking works; some teared up with emotion. From that moment, the paintings have taken on iconic stature. And no wonder, the artists captured the essence of the President and First Lady with a combination of poise, dignity, power, contemporary artistry, and a touch of familiarity.

The award-winning, respected artists behind the portraits are the first African Americans commissioned by the Smithsonian’s National Portrait Gallery to create official images of a president or first lady. Kehinde Wiley, who painted President Obama’s portrait, and Amy Sherald, who painted Michelle Obama’s portrait, sought to address the lack of Black representation in Western art history by using portraiture to explore identity issues.

Kehinde Wiley (b. 1977, Los Angeles, California) is a New York City and Senegal-based artist who creates vibrant, oversize paintings of contemporary African Americans in the tradition of European baroque portraiture. For example, Wiley has painted pop-culture luminaries like Ice-T and L.L. Cool J as European aristocrats. He earned his BFA from the San Francisco Art Institute and a Master of Fine Arts from the Yale University School of Art in 2001. He gained national recognition when he was still in his twenties.

In President Obama’s portrait, the sitter wears a navy suit with no tie. His eyes directly meet the viewer. The background of the picture is filled with bright foliage. Wiley explained that he chose background flowers that allude to different moments in the former president’s life — jasmine (Obama’s birthplace, Hawaii), African blue lilies (Obama’s father’s birthplace, Kenya), chrysanthemums (Chicago’s official flower), and violets (Illinois’ state flower). The chair upon which the Former President sits is the artist’s creation.

Amy Sherald (b. 1973, Columbus, Georgia) is an artist based in the Greater New York area whose work documents the contemporary African American experience through arresting, otherworldly portraits to place Black heritage directly in the center of American art. Sherald has chosen her subjects for their “quality of existing in the past, present, and future simultaneously,” her gallerist Monique Meloche has said. Sherald attended Clark-Atlanta University and the Maryland Institute College of Art in Baltimore.

Michelle Obama’s attractive, self-contained portrait is not a hyper-photographic likeness. The subdued colors lack the verve one associates with the First lady. The painting features a pale blue background, with a seated Mrs. Obama wearing a voluminous gown by Michelle Smith (for her label, Milly) that takes up a large portion of the canvas.

“It has an abstract pattern that reminded me of the Dutch artist Piet Mondrian’s geometric paintings. But Milly’s design also resembles the inspired quilt masterpieces made by the women of Gee’s Bend, a small remote black community in Alabama, where they compose quilts in geometries that transform clothes and fabric remnants into masterpieces,” the artist stated.

At the unveiling, Michelle Obama said, [y]oung people, particularly girls and girls of color, in future years they will come to this place and see someone who looks like them hanging on the walls of this incredible institution.”

Wherever the portraits have toured so far (Chicago, Brooklyn, Los Angeles, Atlanta, Houston, San Francisco), they have been met with robust ticket sales, long lines, substantial gift shop purchases, and lots of excitement from viewers. The cognoscenti have made diverse comments, many favorable, a few snide.

Wiley’s work shows the stunning contrast between Obama’s serious unsmiling gaze while playfully recording his heritage through bright flowers. Sherald’s First Lady is a gorgeous muted composition with psychological overtones. Portraits should not imitate photographs. Instead, they should allow the sitter’s essence to emerge. Both paintings triumph in accomplishing this goal in original and artistic ways.