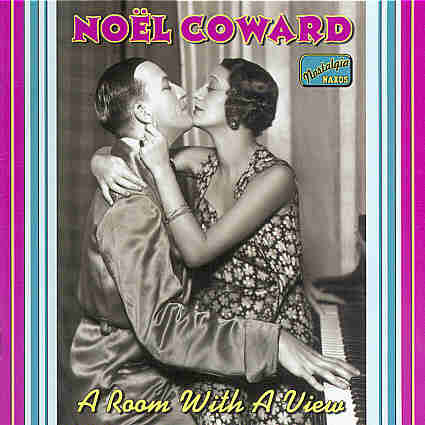 Noel Coward is best remembered today for his plays – Hay Fever, Private Lives, Design for Living among others. However, he was also a prolific composer of operetta (Bitter Sweet) and material for revues. A prolific songwriter who wrote both words and music, his best work ranks alongside that of the great American songsmiths Berlin and Porter. While not their equal as a melodist, his lyrics were invariably witty in the best and fullest sense and often captured more emotion than he is given credit for. Frequently sited as the doyen of all that is flippant and lightweight about the theatre (and, consequently, firmly out of fashion for much of the mid-twentieth century) he was far from above satirizing its excesses in songs like "Why Must The Show Go On?" and "Mrs. Worthington."

The deliberate style and sophistication of his lyrics have sometimes meant that their deeper meanings have gone unappreciated by later audiences accustomed to less subtle statements and more impassioned vocal performances than were fashionable at the time. Coward wrote about loneliness ("If Love Were All") and the fear of aging ("Mad About The Boy"). "I’ve Been To A Marvelous Party" is camp in its most elevated form but also contains references to gay relationships decades before such things became commonplace in popular expression."Twentieth Century Blues," although written in 1931, is as accurate an assessment of the century’s premature disillusion with itself as those written by any 60s troubadour – and all the more potent for being expressed through the eyes of a mordant observer, whose aim was to counter such negativism, than as a complaint.

This new collection from Naxos bears the legend The Complete Recordings: Volume One which should have collectors everywhere licking their lips. This writer is not qualified to say whether it really does include everything Coward recorded between the years of 1928 and 1932 but it certainly presents the unfamiliar ("Mary Make-Believe," "Try To Learn To Love") alongside the better known ("Half-Caste Woman," "Any Little Fish") and the standards ("Dance Little Lady," " A Room With A View," "Someday I’ll Find You"). Some of these recordings have been released many times before, although they have usually appeared in the sort of ‘Greatest Hits’ compilations that make it hard for the serious listener to place them in context.Coward also recorded many of his songs several times and there seems to be an understandable preference amongst record companies for the later versions with their better sound quality and more ‘modern’ orchestrations. The sound here is excellent, considering the age of the original recordings, although no better than on some other releases of this material.The sleevenotes are limited in scope but informative. Taking into account the budget cost of the CD, both are much more than adequate.

There is, undoubtedly, significant value in hearing these pieces presented in their ‘original’ form. On the other hand, Coward undoubtedly developed a more confident and varied vocal style over the years (albeit set against a deterioration in vocal quality) and, heard back to back, these early recordings all begin to sound a little similar in tone. Although the pieces have been released before, anyone with a passing interest in Coward should acquire the CD for its excerpts of the playwright and his co-star Gertrude Lawrence in Private Lives. The two scenes – part speech, part song – demonstrate as well as anything available the extraordinary chemistry that existed between these two masters of high comedy. While some of the other items are less essential – Coward’s version of "Zigeuner" from Bitter Sweet is, at best, a curio – fans, collectors and anyone with an interest in theatre music of the twenties and thirties will welcome this recording.