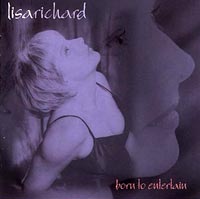 The last few years has seen something of an explosion in the release of recordings by relatively young and little known performers on both the Broadway stage and cabaret circuit. While it is most gratifying to see a number of specialist labels taking an interest in such artists, sadly not all the releases have been as impressive as one might have hoped – either because the choice of material and arrangements has tended toward the obvious and unchallenging or, particularly in the case of performers more accustomed to the relatively protective atmosphere of a large scale musical production, some of these artists simply lack the musical chops or the charisma necessary to impress on their own terms.

Christine Andreas, Randy Graff and Jason Graae are just three artists who have made successful solo album debuts in the last few years. Interestingly all have featured some lesser know material and the last two CDs were ‘songbook’ collections which allowed the artists to try on various moods while lending the recordings a useful overall theme and consistency.

Lisa Richard is one of the latest singers to enter this increasingly crowded market by way of the enterprising LML label. Her album follows the now familiar pattern of offering a collection of mostly well known tunes, several from musical theatre, delivered in a pleasant and accomplished manner. And there, perhaps, lies its downfall. Richard has the advantage of some sympathetic arrangements and, as she proudly asserts, the increasingly rare ‘real’ string section. What she doesn’t have is sufficient individuality to stand out from the crowd. The album opens with the obligatory belter, Frank Wildhorn’s "Big Time." Lacking Linda Eder’s extraordinary pipes and vocal attack, she is unable to do much with a set of lyrics which aim for more wit than they actually achieve. Her second number, the lovely "Since You Stayed Here" from hip-hop trio Brownstone pales beside Bette Midler’s version and "Back on Base" (Closer Than Ever) and "You Can Always Count On Me" (City of Angels) are no match for the original cast versions.

And then something extraordinary happens. The sixth track, "Never Enough," a clever and touching song about failed relationships, is delightful. Beautifully sung to a delicious arrangement from Michael Orland, this is almost worth the price of admission alone. Richard seems to come completely into her own on this number. Could it be that, without more famous interpretations to compare her own to, she has made her own decisions and made them right? Impossible to say, of course, but the fact that the other unqualified success, "I Will Be Loved Tonight" (I Love You, You’re Perfect, Now Change) is also unfamiliar only serves to lend weight to the argument. Sung to Orland’s fine piano accompaniment, Richard’s interpretation connects with the heart of the lyric and commands

Elsewhere there is the obligatory a cappella number ("Comin’ In On A Wing And A Prayer"), the inevitable sixties makeover ("Downtown") and the usual Craig Carnelia tune ("The Kid Inside"). All good songs, all well sung but all infuriatingly familiar. Richard is certainly a talent and many will enjoy her pleasant versions of good material. One only wishes that she had dug a little deeper into her collection of sheet music. This kind of album falls between two stools – the casual buyer looking for a couple of CDs of showtunes by top flight performers will go for Bernadette, Betty and Patti while the true fan wants to hear something new – or at least something with a fresh point of view. Richard clearly has potential. Perhaps next time she will stretch herself a little more and come up with something really satisfying.