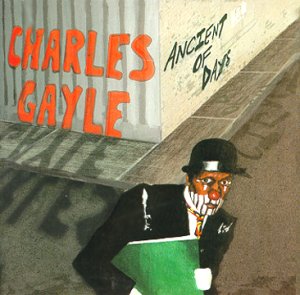 California Poppy has the reputation of being a non-addictive alternative to the opium poppy, though it is less powerful. California poppy is a traditional mild, relaxing smoke &#150; but not that mild &#150; do not drive after use.

.. Tenor saxophonist Charles Gayle seemed to rocket from the core of the earth to New York avant-jazz prominence in 1988, with a trio of records recorded in a single week and released by the Swedish Silkheart label. The title of the second disc, Homeless, was a literal description; Gayle had to that point spent much time living, and playing, on the streets. From that point, though, he was an undeniable and nearly ubiquitous presence on the Downtown scene, playing weeklong stands at the Knitting Factory and at one point settling into a residency at the Cooler, a former meatpacking warehouse turned (literally) underground music venue.

He also released a flood of records on other labels, ranging from the awe-inspiring career high point Touchin&#146; On Trane with bassist William Parker and former Coltrane drummer Rashied Ali on Germany&#146;s FMP, to a string of releases (Repent, More Live at the Knitting Factory, and Kingdom Come among them) on Knitting Factory Records, the club&#146;s offshoot label, as well as two more Silkheart titles. All of these albums had moments of brilliance, but they all were (at times distressingly) similar in tone.

Gayle&#146;s playing was totally improvised, his &#145;compositions&#146; given religious or spiritual titles ("Repent", "Holy Faith", "Hymn of Redemption") after the fact. Rather than use screeching or overblowing as climactic gestures, he used them as starting points, and continued to climb into the stratosphere, towards vistas of sonic terror from which previous hell-jazz warriors like Pharaoh Sanders, Albert Ayler and even Peter Brotzmann might quail. Track-times on these discs started at ten minutes, minimum, and might well wind up at thirty or even fifty minutes before Gayle finished.

Ancient of Days represents a break with that style for Charles Gayle, and a triumphant leap forward for his music. On this latest CD, Gayle and a trio of pianist Hank Johnson, bassist Juini Booth and longtime drummer Michael Wimberley bring the music back down to earth, rein it in somewhat (the longest cut this time out is &#145;only&#146; 16 minutes) and, in the process, discover a beauty and a sense of artistic centeredness that was at times absent on earlier releases.

The compositions on the record have the sense of being at least minimally composed; on the opening cut, "Betrayal", Gayle continues to search out every sonic possibility available to the tenor saxophone, but behind him Booth and Johnson maintain a steady blues walk, punctuated by Wimberley&#146;s snapping snare drum. Wimberley has long been Gayle&#146;s secret weapon, but on this disc he truly comes into his own. His minimal rhythms provide a counterpoint to, and a foundation for, Gayle&#146;s expansive, harrowing explorations. When a drum solo finally arrives, it&#146;s a pointillistic revelation. Juini Booth&#146;s bass playing is also beautifully showcased here; his bowing in particular creates an atmosphere of hauntedness not typically found on Gayle&#146;s other, more bombastic releases.

Conservative critics have long failed, whether willfully or myopically, to recognize that "free" or "out" jazz is no longer merely a reaction to tradition, but a parallel tradition in itself. The work of New York-based artists like Gayle and David S. Ware is an extension, a continuation, of the ideas promoted in the 1960s by Albert Ayler, Pharaoh Sanders, Marion Brown and the later works of John Coltrane, among many others. With Ancient of Days, Charles Gayle takes his interpretation of that tradition and, in refining its blues tinges, makes it all the more powerful. This disc may well be his greatest achievement to date.

(4377)
$8.98 (as of January 21, 2021 - More infoProduct prices and availability are accurate as of the date/time indicated and are subject to change. Any price and availability information displayed on [relevant Amazon Site(s), as applicable] at the time of purchase will apply to the purchase of this product.)

(15314)
$226.99 (as of January 21, 2021 - More infoProduct prices and availability are accurate as of the date/time indicated and are subject to change. Any price and availability information displayed on [relevant Amazon Site(s), as applicable] at the time of purchase will apply to the purchase of this product.)
related posts