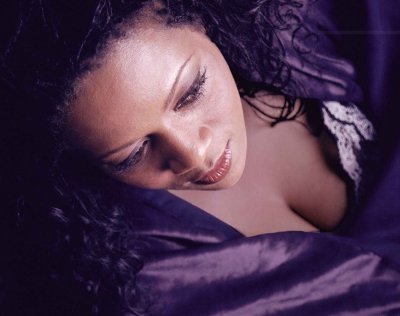 Our review of Paula West

at the Plush Room

Jazz vocal is an artistic pathway littered with potential pitfalls. If a singer doesn&#146;t wander off into pointless, pretentious scatting a la Betty Carter, she can just as easily become a somnambulistic &#147;song stylist&#148; like Diana Krall. Paula West doesn&#146;t really do either. She doesn&#146;t scat, and her voice is a commanding presence. Even at her sexiest moments, she mixes some Ethel Merman with the Eartha Kitt, to keep the listener awake and focused. What&#146;s more, she understands as few singers seem to these days, that jazz is a primarily instrumental music, and any vocalist must be willing to work as an integral part of the ensemble. From the first notes of &#147;Caravan/A Night In Tunisia,&#148; the cut which opens this disc, West is hovering in the middle of the music, not shoving it into the background. The rhythmic intricacies of the piece don&#146;t frighten her, and when it&#146;s time to step back, and let guest Ken Peplowski take a clarinet solo, she does so gracefully, allowing the band to stretch itself out before re-entering with impeccable style and perfect timing.

There are quite a few guests on Come What May, but none of them feel tacked-on. This is not an album particularly aimed at jazz radio. It&#146;s intended as a cohesive work of musical art, and it&#146;s quite clearly been structured that way. The core piano trio could quite easily work on its own&#151;bassist Peter Washington and drummer Victor Lewis are seasoned players who keep the songs moving without ever seeming rushed, or abandoning the kind of casual swing that the best jazz vocal music always possesses. The addition of star players like Bobby Hutcherson on vibes (&#147;Caravan,&#148; &#147;Bye Bye Blackbird&#148;), Don Byron on clarinet (&#147;Blues In The Night&#148;) or Ryan Kisor on trumpet (&#147;Caravan,&#148; &#147;Blues In The Night&#148;) only serves to adorn the already impressive melodic frameworks the basic group sets up.

One of the most interesting things about this disc is the opportunity it provides to hear relatively unknown, or forgotten, material. Some songs, like &#147;Laura&#148; or &#147;Bye Bye Blackbird,&#148; are standard standards, songs most jazz listeners can identify with ease, and probably pick a favorite version from decades past. Many of the other twelve cuts, though&#151;songs like &#147;You Fascinate Me So&#148; or &#147;The Snake&#148;&#151;are largely unfamiliar. This provides West with the ideal opportunity to put a highly personal stamp on a tune without having to labor in the shadow of a long-dead legend. She meets this challenge admirably; there are really no points at which this disc flags, or becomes tedious. West&#146;s continuously energetic delivery keeps the listener paying attention, and locks the material into memory. This is an extremely self-assured, unobtrusively beautiful album from a performer who deserves the acclaim other, lesser vocalists are currently receiving.