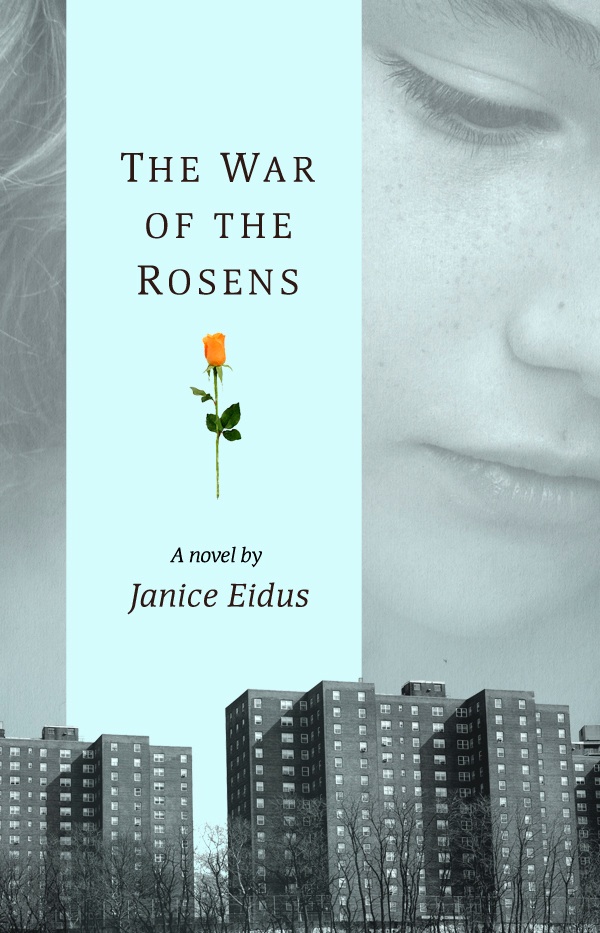 The War of the Rosens

Puzzled as we may be by the dimensions of the universe, which of course has no dimensions, since it is apparently infinite, each of us is quite certain about its center. That very important spot is right here, a few inches above my navel or right behind my forehead. We are, each of us, inarguably the center of the universe.

From this question of where lies the center of the universe comes the question of point of view for the fiction writer and that adventuresome figure, the fiction reader. Whose story is it, anyway? Whose center of the universe are we writing or reading about? Most common is the decision to tell the whole of a story from one point of view, often in the first person. Writers who venture into the land of multiple points of view do so with trepidation because it can be so difficult.

Janice Eidus, in The War of Rosens, pulls it off with exquisite skill. The reader inhabits, in turn, the minds of Leo Rosen, a man of strong left wing political beliefs and just as strong a disbelief in God, a man who dreams of writing a novel but ends up running a failing candy store in the Bronx in the 1960s; then his youngest daughter Emma who is a budding poet struggling with how to be “good Jew,” while soliciting advice from a statue of the Virgin Mary; then his older daughter May whose vision of the woman she wants to be is embodied in the ersatz elegance of Kim Novak; and then mother Annette, besieged by migraines, depression, and her own failed dreams.

These are the Rosens, living in the Projects in the Bronx, each certain that they are indeed the center of the universe, and Eidus inhabits each of their minds and hearts with unerring sensitivity and humor. In most novels of multiple viewpoint the author may get one or two with believability, but doesn’t do quite so well with the others. Eidus pulls it off perfectly with all four.

They are each people we become involved with and enjoy reading about. With a Rashomon-like narrative we see four often wildly differing views of reality, each enriching the others. We are reminded that our own humaneness, joys, and failures are not all that different from those found in the lives of people who seem, on the surface, to be living very different lives from our own.

At the same time we are entertained by wit, dark humor, dialogue that sounds like real human beings speaking, and a plot that coils back on itself with masterful structure. With The War of the Rosens, Janice Eidus, author of four other novels, joins the first rank of contemporary American novelists.