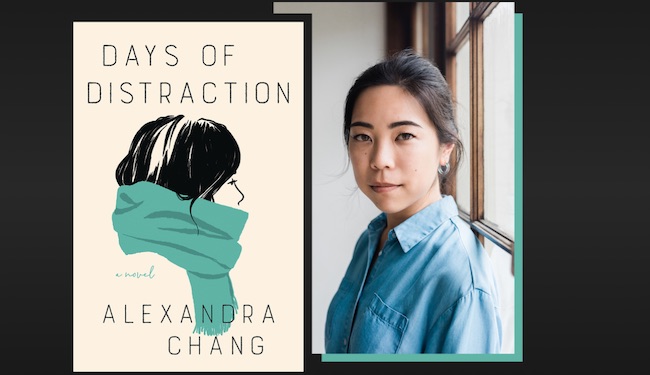 On the surface, the protagonist of Alexandra Chang’s debut novel should be enthusiastic about her life and hopeful regarding her personal and professional future. She is a young millennial who is a smart, talented freelance tech journalist working for an online publication in San Francisco. Instead, she is dissatisfied with her job of which she continuously gets overlooked for raises and promotions contrary to her male counterparts. She is painfully aware that she is one of the few women in the industry overall and specifically at her job, a situation that brings its own brand of challenges and discomforts. Furthermore, as an Asian-American, she is one of only a a handful of minorities in the office.

After her latest attempt to secure full time status, and/or a raise, falls short of her expectations, she decides to quit and move with her grad student boyfriend, J, across the country to Upstate New York. There, she has a whole new set of challenges and adjustments. Not least of which is the constant inner questioning of being part of an interracial relationship, and the core of her identity as an Asian in a racist society. Throughout, she communicates with her mom of whom she is close, and runs away for a bit to visit her estranged father in China. The familia aspects of her story lend a soothing grace and humanity to an otherwise very angst-ridden character.

While “Days of Distraction” will have its strongest appeal with millennials, and the second half of the book is more engaging than the first half, there is an undeniable wit and bite to Chang’s style. It’s as quirky and self aware as it is self assured. Her observations of racial micro aggressions are refreshingly thoughtful, though provoking and not often seen in literary fiction

At the crowded coffee shop, a white woman who looks to be in her mid thirties asks if I mind sharing a table. I nod. … She is an extrovert, clearly, which brings it out in me. … When I mention what I’m doing, she lets out a yelp of recognition, as though we are two friends bumping into each other at a party of strangers. She’s a professor in the journalism department at the liberal arts college in town.  … She says she’s found meaning in teaching. She asks if I have any interest in teaching. … The the woman leans in toward mea and asks, “How do you like Ithica?” I want to be positive, so I say that overall it has been pretty nice. She leans further in, and looks like she’s about to tell me a secret. “How do you feel about the lack of Asians in town, though? The last time I visited California, I noticed there were so many Asians everywhere. I was like, wow! It was almost felt like traveling to a different country.”

A significant shaking and bumping take place inside my brain and body. I can’t say I’m having thoughts, exactly, only reactions and feelings. Disgust. The sense of having been tricked. Distrust. A strong desire to escape.

In these days while we’re looking for some distraction, “Days of Distraction” is an entertaining option, with a message about race, family and identity.