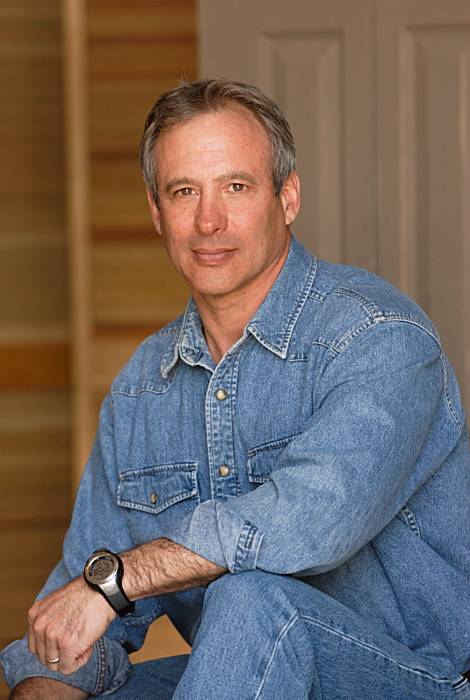 Kook: What Surfing Taught Me About Love, Life and Catching the Perfect Wave

There are worse ways to indulge a midlife crisis than to take up surfing—but if you are Peter Heller, never married, straight, and mid-40s, a self-described (especially to women), Denver-based “adventure writer,” you do it full-out, with total commitment, and then you write a book about it. Heller took six months, a magazine assignment to sweeten the deal (or steel his resolve) and headed first for the crowded beaches of Southern California, then in a camper van with a girlfriend, down the Pacific coast of Baja California and mainland Mexico, as far as Oaxaca, surfing at every possible opportunity. The goal was to move from the humiliating status of being a “kook,” or rank beginner, to that of a “real” surfer.

“Most sports, at first entry, balance the initial strangeness and difficulty with some immediate rewards,” Heller writes in “Kook: What Surfing Taught Me About Love, Life, and Catching the Perfect Wave.” “Surfing is one of the only pursuits on earth that can drub you into numb exhaustion and blunt trauma time and again and give you nothing in return; nothing but sand in your crotch, salt-stung eyes, banged temple, chipped tooth, screaming back, and sunburned ears.”

Still, he reports, there is the ocean, and the other surfers around who seem to have mastered the sport. And the sense that in midlife, it is now or never. Plus, surfing is addicting. Everyone says that. “You return. You are glad to do it. In fact, you can think of nothing you’d rather do.”

Travel writing can be a province of loners and romantics, misfits of the self-absorbed variety, ones who write in order to satisfy a fix for experience collecting. Heller is trying to break out of that category. Love is one of his themes here, but it’s hard to understand how his girlfriend can put up with him. She gamely accompanies him, even learns to surf, although she is not a sun person, a beach person, a water person or a camping person. At one point, she does say to him, “I’m always on four-wheel drive with you,” but he considers it a compliment.

Beyond getting up on a board, a daunting challenge for any surfing writer would be to describe waves not once or twice but a hundred times. Heller manages to do so. Each beach, each rolling line of breakers, each sunset and each time on a board is rendered in prose that impressively stays fresh, for 322 pages.

“There’s a time in the late morning when the offshore wind lies down and the sea becomes dark and smooth,” he writes, two-thirds of the way through his book. “More oil than glass. A molten mirror that moves the light in sliding negatives, sheen and shadow slipping past each other with the undulations of the swell. Only minutes: the ocean holding her breath. Catch a wave in this hiatus and it is like skating down an oil-coated slide. Smooth. And then the sea breathes out.”

Fortunately, Heller’s obsession with surfing is balanced with the writer’s ability to make friends with interesting people, and also his extreme respect for nature. Many of the characters whose paths Heller and his girlfriend cross are crusty, limping, hard-drinking surf veterans who have set themselves up as lifers in surf shops and schools wherever exceptional surf can be found. Still, Heller manages to find the sweetness, the common love for the ocean, and the humor in these folks. There is never a word of condescension coming from the author’s “well-educated” mouth, and, particularly with the Mexicans, he can be down-right generous.

Environmentalism is another one of Heller’s obsessions. He observes evidence of a dying fishing industry during his time on the coast, the mangrove swamps being decimated to make way for gringo resorts and beach-hogging condo complexes and even, one night, evidence of a kind of dead zone, a foamy grey tide they found themselves floating in, caused by warming seas.

Even more disturbing is the side-trip Heller takes to Japan, where he takes part in a covert operation to call international media attention to the mass slaughtering of dolphins and whales in a remote coastal port in Japan.

The trajectory of the book leads, inevitably, toward the perfect wave, the perfect ride, the perfect moment, or some such poetic apotheosis. To Heller’s credit, he ends things back in Denver, where he lives on a lake, and occasionally, on summer mornings, paddles around on a surfboard, missing all of it. “Kook” may not create many new surfers; it’s too clear in its portrayal of the competitive nature of the surfers themselves, who spend way too much time letting testosterone get in the way of any spiritual growth–not to mention the pure difficulty of learning the sport itself. It is Heller’s writing, however, that makes the book worth reading.