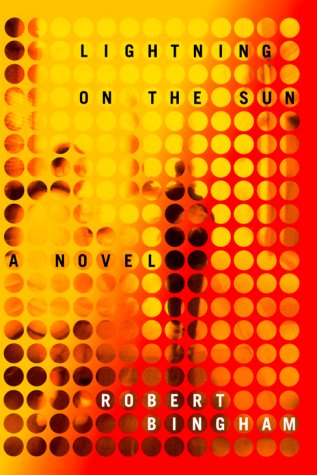 Robert Bingham&#146;s high-toned thriller, Lightning on the Sun, moves nimbly between Cambodia and New York City. An international cast of characters crosses paths when a jaded young American living in Phnom Penh decides to try his luck at smuggling heroin into the United States. The story&#146;s geopolitical backdrop and its climate of moral dissipation are an updating of a genre perfected by Graham Greene and Americanized by Robert Stone. As if to emphasize the pedigree he&#146;s aiming for, Bingham includes a prefatory quotation from The Comedians, Greene&#146;s 1966 novel set in Haiti during the era of "Papa Doc" Duvalier. While it probably comes as no surprise that Lightning on the Sun isn&#146;t in Greene or Stone&#146;s league, it&#146;s nevertheless an ambitious and entertaining first novel. Sadly, The 33-year-old author died last year from a drug overdose just as his book was being prepared for publication. It&#146;s a substantial literary loss. Robert Bingham was a writer of real talent and even greater promise.

The Cambodian opening of Lightning on the Sun is told from the perspective of a thirtyish ex-UNESCO worker named Asher — we never learn his full name — who joined the organization on the rebound from a busted Stateside romance. His former lover is a wisecracking and beautiful Harvard grad named Julie (referred to by Asher as Julie G-Spot), who is currently slumming as a bartender at a New York striptease club. In the novel&#146;s often pulpy vernacular, their affair had "fallen like a dead cat thrown from an apartment building." Asher&#146;s UNESCO work — "cleaning bat shit off Khmer statues housed in the National Museum" — is equally dispiriting, which is why he is now jobless in Phnom Penh. He spends his days and nights drinking, drugging, whoring, and hanging out with cynical newspaper reporters at the Foreign Correspondents Club. Meanwhile, Asher and Julie G-Spot have reconnected via e-mail. Together they concoct a scheme whereby Asher will use his last $3,000 to purchase high-grade Cambodian heroin that can fetch $100,000 or more in the United States. Thanks to Julie&#146;s drug-dealing boss at the strip club — a sleazy dwarf ("practically a midget") named Glen — unloading the heroin in New York looks like a piece of cake.

Complications immediately arise when Asher attempts to score the drug. Most of his cash is confiscated by the Cambodian police before he can close the deal. He has to quickly borrow $2,000 from Mr. Hawk, the shady owner of a Phnom Penh massage parlor. The loan comes with exorbitant weekly interest fees and dangerous ties to the Asian underworld. After finally procuring the heroin, Asher enlists an unwitting American journalist, Harry Reese, to act as a courier. Reese is heading back to the States for his sister&#146;s wedding. It&#146;s customary that reporters returning home take along their colleagues&#146; letters addressed to family and friends. By mailing the letters on U.S. soil, everyone can avoid the unreliable Third World postal service. Reese believes he&#146;s delivering a movie script that Asher has written. In reality, the tightly wrapped envelope contains the heroin earmarked for Julie G-Spot and Glen the dwarf.

Bingham, who worked at one time as a reporter for the Cambodia Daily, is particularly good with the details of political instability. This is very much the exhausted and debauched Phnom Penh of the 1990s that Henry Kamm documented two years ago in his book, Cambodia: Report from a Stricken Land. Bingham knows the territory and the players, the dizzying array of guerrilla factions, communist splinter groups, royalists, and brutal government forces. Placed in the midst of this scorched wasteland, Asher&#146;s boozy end-of-the-road weariness has affinities with a whole tradition of hard-boiled antiheroes. Bingham&#146;s chiseled and well-honed sentences could have been mined directly from Hemingway or Hammett:

It had become for [Asher] a soiled city of compromised friendships, of weak links and petty betrayals, years of mixing business and pleasure, of crossing lines, of sharing women and information, of corrupt maneuvering, of tainted favors given and received, and through it all the nightly numbing of his nerves, the dulling of his wits and watering of his brain.

Once the story shifts to New York, Julie G-Spot further complicates matters by double-crossing Glen. She decides to nab Asher&#146;s drug shipment from the unsuspecting Reese when he checks into the Gramercy Park Hotel. Some of this material is mordantly funny: Julie spikes Reese&#146;s drink with the date-rape drug Rohypnol after they have sex. She only wants him unconscious while she ransacks the room for Asher&#146;s heroin. Like several of the female characters in Bingham&#146;s marvelous 1997 short story collection, Pure Slaughter Value, Julie G-Spot is a ballbuster with a deadly wit. (When Reese hurls his spent condom against the hotel room wall, where it sticks with a thud, Julie chimes: "The spaghetti is ready.") Glen the dwarf finds out about Julie&#146;s double-cross, of course. The novel is less successful with the knuckleheaded slapstick between the knife-wielding Glen and his gun-toting black sidekick, Dwayne. It&#146;s lame and tired stuff. Bingham seems to be straining at times for Elmore Leonard&#146;s unique brand of quirky tough-guy comedy, but he doesn&#146;t have Leonard&#146;s ear for lowlife dialogue or the ability to bring something fresh to characters who are little more than stereotypical hoods.

Bingham&#146;s most effective literary milieu, portrayed with frightening immediacy in Pure Slaughter Value, is the crumbled Camelot of East Coast blue bloods and trust fund yuppies. It&#146;s no secret that he knew this world intimately as the heir to a Kentucky newspaper fortune. His own trust fund wealth was such that Bingham never had to work a day in his life if he didn&#146;t care to. This reality appears to have bred within him — and his characters — a curious mixture of arrogance, self-loathing, substance abuse, and, on occasion, a willful drive for genuine achievement. The strongest sections of Lightning on the Sun are incidental to the novel&#146;s unremarkable story line, but they return Bingham to the corrosive landscape of his short stories. Reese visits his former Massachusetts prep school to present a slideshow and talk to the assembled students about his work as a journalist. Before the lecture, he gets roaring drunk with an old classmate named Weatherly (unfortunately, the vagaries of Bingham&#146;s coincidence-laden plot require that Weatherly is a long-time customer of the New York strip club where Julie works). The two men are chased from a pizzeria by a gang of local high school thugs who taunt Reese and Weatherly — with appropriate New England accents — as "preppy fahts." It&#146;s all very funny and rueful in its acknowledgment of class hostility, and Bingham doesn&#146;t push too hard on these scenes or try to spin them into stale genre fiction.

Lightning on the Sun has much to recommend it. Certainly it&#146;s far superior to run-of-the-mill mystery or espionage thrillers. But the novel never really resolves the contradictory impulses between mainstream and serious literature. (It&#146;s a contradiction that occasionally defeated Graham Greene, too.) Lightning on the Sun seesaws awkwardly between the sublime and the just plain silly. Bingham&#146;s Vietnam short story, "How Much for Ho Chi Minh?," for instance, covers some of the same themes more adroitly. And William T. Vollmann&#146;s chilling 1993 novel, Butterfly Stories, captures the crushed spirit and the nihilism of modern day Cambodia with considerably more force. Robert Bingham undoubtedly could have written a book as good as Vollmann&#146;s within the next few years, had he lived to nurture his talent and build his confidence as a novelist.