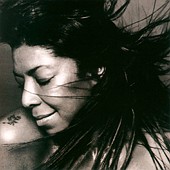 Natalie Cole burst upon the scene in 1975 with the US top ten hit This Will Be and the album Inseparable. Other hits followed but, by the early eighties, sales were slipping and personal difficulties seemed likely to sink what had been a promising career. Her Everlasting (’87) and Good To Be Back (’89) albums marked something of a return to form but things were still looking shaky when in 1991 she released Unforgettable, a collection of songs associated with her father, Nat. Unlike many of her contemporaries who were also drawn to the standard repertoire, Cole demonstrated an impressive interpretative ability and a genuine flair for such material. The album proved hugely popular and was followed by two further recordings in the classic pop vein, mixing standards with contemporary tunes and all delivered in a smooth, jazz-inflected style.

Snowfall on the Sahara is her first largely contemporary album in 10 years and an impressive return to the kind of music with which she enjoyed success in the 70’s and 80’s. Two things are immediately apparent – and both may be attributable to her recording experiences over the past decade. First, she has eschewed the temptation frequently succumbed to by many of her

contemporaries to run out and purchase a bunch of songs from this week’s hot young writers and hand them over to fashionable producers in the hope of capturing the latest sound. The bulk of her material comprises covers which have been carefully selected to allow the singer to explore a variety of moods and tempos. They form an eclectic mix; some are familiar, some less so, but all bear the mark of real class. Secondly, Cole has retained the services of producer Phil Ramone and arranger Rob Mounsey, both of whom made memorable contributions to her Stardust collection (’96), and the lush sounds of the last three albums. Many of the tracks feature that rarity on a contemporary pop-soul album – a large, genuine string or horn section.

With such strong support, Cole has only to unleash her spectacular pipes on the material and things really begin to cook. She encompasses an almost bewildering array of styles. She’s a jazz diva on Everyday I Have The Blues, a classy soul belter on Reverend Lee and a classic pop singer on a lovely version of Patti Page’s With My Eyes Wide Open I’m Dreaming. She is equally at home with the gorgeous, meandering melody of Michel Legrand’s His Eyes, Her Eyes as she is with Judy Collins’ sweetly poetic declaration of true love, Since You Asked. More Than You’ll Ever Know is the kind of lush ballad Diana Ross would kill for and then fail to deliver with the gentle sincerity that Cole displays here. For good measure there’s a sassy, gospel-tinged version of Dylan’s Gotta Serve Somebody and the singer is credited as co-writer on the title track, a prettily delivered contemporary ballad.

The album’s only real clinker is a version of Lorraine Ellison’s Stay With Me on which, with perhaps a little too much deference to the original, Cole seems curiously tense and unwilling to open up, her voice also flaring uncomfortably on some of the big notes. Compensation comes in the form of a number associated with another great soul diva. On Say You Love Me, rather than echoing the intensity of Jennifer Holiday’s earlier recording, she opts instead for a languid, almost introspective interpretation until the final reprise when the richly layered backing vocals (arranger Rob Mathes) kick in, leaving her to soar effortlessly above a cloud of rich, yearning harmonies.

Natalie Cole’s decision to rely on her vocal abilities – and to employ settings which set them off effectively rather than just tuning in to the latest hip (hop) sound – should continue to prove a commercial winner. Snowfall On The Sahara will appeal to fans of that still endangered species, the pop-soul diva possessed of both good taste and real style, as well as introduce newer fans to another side of a genuinely multi-talented performer.