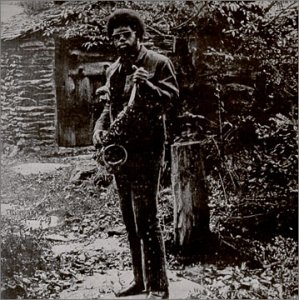 Joe McPhee is, by the evidence presented on this CD, one of the truly great musicians of the postwar era, and probably one of the most criminally ignored. This disc, originally released on Cj Records in 1971 and only now emerging on CD due to the strenuous efforts of Chicago’s Atavistic Records, is a true sonic landmark, and deserves a much wider audience than it ever could have gained in the pre-digital era.

Recorded over two days in 1970 ("Nation Time" and "Scorpio’s Dance" representing half of a live concert, the other half of which was released as the Black Magic Man CD on the Swiss Hat Hut label; the third cut, "Shakey Jake", a studio track from the following day), this album represents an approach to, and form of, music which, if present-day histories of jazz are to be believed, was not to emerge for nearly another three years. Even then, ‘fusion’ (other than the execrable wank-fests of Weather Report and the Mahavishnu Orchestra) is credited primarily, these days, to Miles Davis’s once-reviled, now-embraced mid-70s LPs. Those albums (everything from Jack Johnson through Agharta and Pangaea) are currently the subject of an ambitious, and overdue, reissue program (along with the usual transparent critical backpedaling). But McPhee remains an obscure figure.

Perhaps, as is so often the case, his reputation is more secure, his vision more appreciated, in Europe. But for the moment, he is apparently dependent on independent noise-rock labels to reissue his albums. This is a shame, for even a cursory listen to the music on Nation Time brings the visceral shock of revelation. This is music that takes your breath away not like a Seurat painting, but like a Sonny Liston shot to the solar plexus. This is the real stuff right here, with no brakes and all cylinders firing.

Opening and closing with a call-and-response lifted from Amiri Baraka ("What time is it?" shouts McPhee; "Nation Time!" the crowd shouts back), the title track is a nearly 19-minute rocket-launch of sound. Building on an unstoppable funk vamp, McPhee sounds like he’s eating his tenor saxophone piece by piece. He reminds the listener of some apocalyptic blend of Pharaoh Sanders and Fela Kuti, hectoring the audience with near-messianic fervor as organist Mike Kull, bassist Tyrone Crabb and drummers Bruce Thompson and Ernie Bostic churn beneath. By the time the piece finally crashes to a halt, the listener is already exhausted; too bad. There are 22 minutes of music to go.

"Shakey Jake", the second cut, features an expanded lineup; in addition to the above-mentioned quintet, alto saxophonist Otis Greene, organist Herbie Lehman and electric (in every sense) guitarist Dave Jones are added to the swirl of rhythm and fury. As these three musicians were part of Ernie Bostic’s group of the time, the effect is to create a double quartet. And as on Ornette Coleman’s Free Jazz or John Coltrane’s Ascension, these two quartets converse back and forth, chattering and shouting to be heard as all eight members catapult themselves towards the common goal of utter musical transcendence. The octet creates a simply staggering rhythmic force, sounding like a combination of Afrika 70 (Fela’s first major band) and James Brown’s 1969-1971 JB’s (with Bootsy and Catfish Collins on bass and guitar, and mind-roasting drummer John "Jabo" Starks). African rhythms mix with funk guitar and two organs as the music approaches the point of sensory overload.

The third cut, "Scorpio’s Dance," retreats somewhat from the groove moves of the first two, and heads more in the direction of late-60s free jazz. As such, it is probably the least satisfying of the three selections, but as it is half the length of the others, and given the power and fury and genius of the album as a whole, it is a small fault.

This is a record which few would have heard of were it not for the efforts of Atavistic Records, and specifically Chicago-area writer John Corbett (the curator of the Unheard Music series, which will include three more releases by McPhee before year’s end). It is a record which deserves to be heard by many, many more people. To not encounter it, now that it has been rescued from the vaults, would be a shame indeed. What time is it? It is Joe McPhee’s time at last.