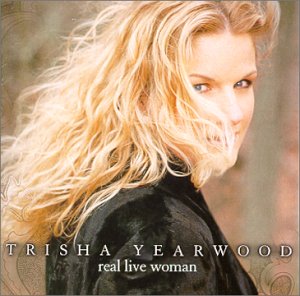 In a world where many a former country diva (Faith, Shania) is deserting her roots for pop superstardom, while yesterday’s grand dames (Dolly) seem to be embracing their past glories as fast as their record sales decline, Trisha Yearwood provides a breath of fresh air. With a voice that is pure country, plenty of steel guitars and a touch of The Eagles (Don Henley is a frequent guest amongst some distinguished duet partners), she has carved a hugely successful niche for herself as a contemporary country artist, pure and simple. Add to this a shrewd choice of material (Matarca Berg, Mary Chapin Carpenter) and some well selected covers and the formula should – and does – succeed admirably.

Her latest album is perhaps her most accomplished and certainly her most consistent to date. The songs are tuneful and her soulful voice instills just the right amount of drama into some deceptively simple but astute lyrics. Unusually, she rocks ("Where Are You Now") with the same conviction that she delivers a classic country ballad like "When A Love Song Sings The Blues." The potentially hokey title track is a masterpiece of understated conviction, "Wild For You Baby" is achingly poignant and "I’m Still Alive" should bring a wry smile to the face of anyone who has survived the loss of a relationship that looked like being ‘the one.’

Yearwood has made no secret of her admiration of Linda Ronstadt and the album’s highlight is a cover of the latter’s "Try Me Again." Impassioned and beautifully sung, her interpretation is easily the equal of the original and, in its gospel fervour, recalls the breathtaking version of Beth Nielsen Chapman’s "Down On My Knees" on her 1992 Hearts In Armor album.

For long time fans and those as yet unfamiliar with Yearwood’s subtle updating of traditional country styles, Real Live Woman offers many pleasures. For an introduction, listeners might like to try her 1997 Songbook: A Collection Of Hits This includes the mega hit "How Do I Live" which marked her breakthrough to world stardom and beats Leann Rimes’ pop hit into the proverbial cocked hat.