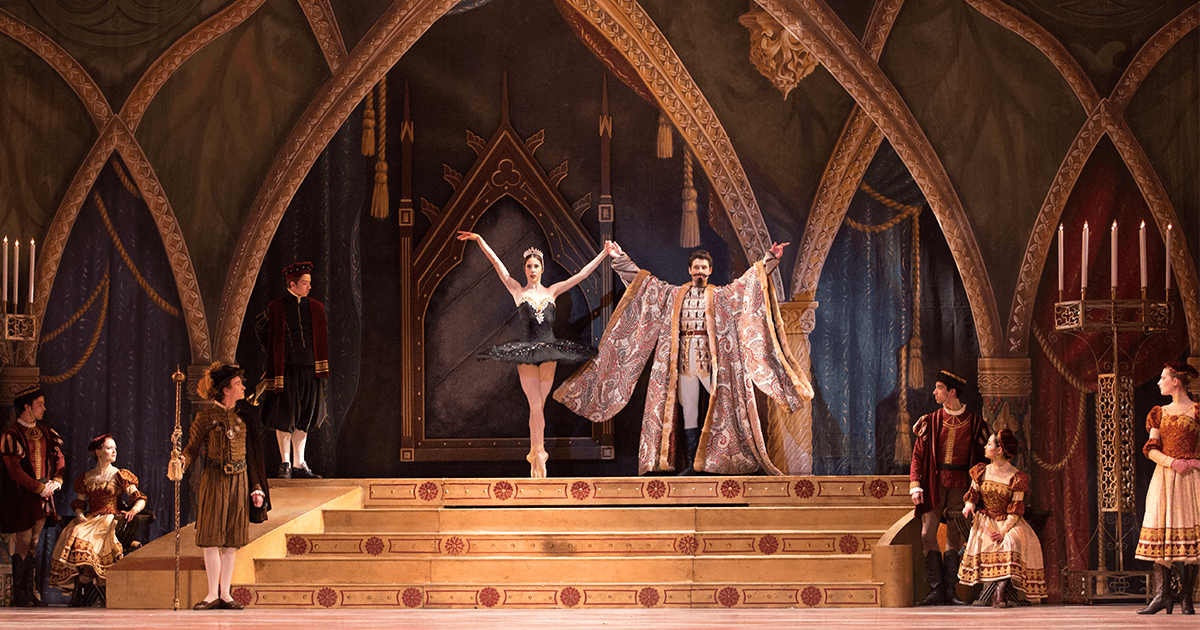 Speaking to a nearly sold-out audience at the Academy of Music on March 3, Philadelphia Ballet artistic director Angel Corella invoked prayers for Ukraine before presenting his production of Swan Lake. Indeed, it was hard not to think of the dire situation in Ukraine as the curtain went up on the most famous Russian ballet in the world.

It was initially a flop with Russian audiences at its premiere 125 years ago, composer  Peter Illich Tchaikovsky died before he knew of its enduring success that still attracts audiences the world over. It carries the artistic lineage of Imperial ballet classicism created by Imperial Ballet innovator Alexander Pushkin and choreographers Marius Petipa and Lev Ivanov.

The folkloric story ballet of Prince Siegfried falling in love with the Princess Odette who is turned into a swan by an evil sorcerer.

At Philadelphia Ballet,  he continues to dust off the classical repertory, and adapts for contemporary audiences, from the many productions of Swan Lake he performed at the height of his career as principal danseur at American Ballet Theatre.

The lavish production looks terrific in Philly’s historic Academy of Music. Vivid period costumes by Benjamin Tyrell, from the Swan’s jeweled embroidery to the Prince’s doublets and steely crossbow.

In this revival, Corella has condensed the four acts into two, and from the start, he animates the background action in the court scenes celebrating the Prince’s 21 birthday. The corps de ballet men and women are really on the mark in the ensemble’s sharpness and esprit.

The ballet opens with Prince’s 21st birthday party, the Queen presents her son with a new crossbow and after some lively dancing and drinking by the guests, the Prince staggers off with his pals for a late-night hunting party. that unfolds with strong ensemble esprit and precision.

Arian Molina Soca is a most lyrical Prince Siegfried, in a starry-eyed, well-acted performance. Meanwhile, Soca soars through the air with ease, his turns are centered with exquisite line and finish.  At the lake, Siegfried encounters The Swan.

Principal dancer Dayesi Torriente shows her full range, dancing Odette/Odile. if a bit tentative in her opening scene, but then unlocks the haunted character of the cursed woman, who can only transform back to human form at night as she reveals her true self to Siegfried and, he falls in love with. It’s a tricky role of swan poses and princess radiance.

Torriente’s swan is a little too skittish at first. but her classical technique is regal. In the ball scene As Odile, who Siegfried believes is Odette, Torriente commands every moment, nailing all of the demanding, high voltage pas de bourrée, impeccable jumps and pumping out 34 fouettes, with a few doubles in the scene finale, before she reveals that she has fooled Siegfried as Odette is still trapped under the spell of Von Rothbart.

As Benno, Siegfried’s bestie, Ashton Roxander, steals the scene with warm characterization and swagger in the extended solos. He hooks up with equally dynamic partners Thays Golz and So Jung Shin in duets and spritely trios.

Later, The audience burst into applause at the four Cygnets- those arm-entwined quicksilver ballerinas with their witty arm-entwined pas de quatre, in this performance flawlessly danced by Alexandra Heier,  Thays Golz, Kathryn Manger, and Lucia Erickson.

Principal dancer Sterling Baca is the villainous Von Rothbart, swirling around in a black feather wingspan and horned headdress. Baca was met with lusty hisses at his curtain call. He will get his turn as the Prince later in the run.

The ACT II ball scene is packed with character and folkloric dances, The Spanish couples dance with Thays Golz and  Alexandra Heier partnering Etienne Diaz and Russel Drucker; The Russian Czardas troupe led by Kathryn Manger and Aleksey Babayev lead the folkloric Czardas procession and Peter Weil and Nicholas Patterson dazzle as the tambourine wielding Neapolitans with their a balletic Flashdance.

The lakeside denouement pointed up the clarity of the corps de ballet Swans with sumptuous ensemble line and supple pointe work scored to some of Tchaikovsky’s most famous symphonic music.

Philadelphia Ballet’s conductor Beatrice Jona Affron’s pacing and detailing of the full score even though the overture got off to a shaky start in this performance. Among the many high points, were the virtuosic solo passages by principal violinist Luigi Mazzocchi and principal harpist Mindy Cutcher.