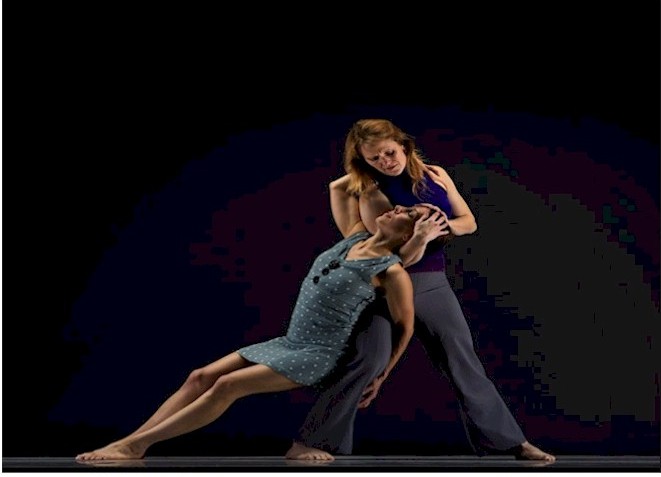 Joe Goode deserves to live. His Performance Group is celebrating its 20th anniversary this year, and if the average lifetime of a modern dance company is eleven months, you can bet that any group that stays together as long as Goode&#146;s has got to be, well, good. Joe Goode is still fresh. He is a choreographer who has never been particularly interested in pure movement; a theatre wiz who has fused musical comedy with performance art; and an experimental artist more inclined to make you laugh than push your buttons. He&#146;s like a gay James Taylor&#151;a folksy, urban outsider, a handsome guy with a sad smile. From "29 Effeminate Gestures," the seminal early solo that catapulted Goode into the national spotlight, to this year&#146;s "Stay Together," a collaboration with Michael Tilson Thomas, Goode has blasted-out a singular artistic pathway for himself, straddling genres or making up new ones.

The premiere in hometown San Francisco of "Stay Together" offered Goode&#146;s first collaboration with Thomas, who may be one of the leading stars of the classical music field, but in the role(s) of artistic director and conductor, not composer. In fact, Thomas&#146; musical score for the piece is one of the best things about it. The computer-generated music is more shrill and stark than typical for a Goode dance–there is a lot of quick, percussive music and a complete absence of folkiness. It is as if Thomas&#146; music has forced Goode to grow some new edges, to encounter music as a force rather than just an accompaniment.

While there is palpable tension between the visual and musical elements, things seemed a lot looser in the narrative department. Goode plays a successful gay artist who is inspired to tears by the red blotch paintings of Robert Motherwell. Longtime company member Elizabeth Burrit gets to play yet another screeching, ironical role as the agent/go-between/best friend. Her ability to delight us with humorous one-liners continues, but the fact is that, along with the video close-ups, Goode is repeating himself here, running dangerously close to the risk of becoming a Goode cliche. There is a young boy-friend, bit parts for the chorus members, and a quick-moving series of dances with all the surprises and athletic maneuvers one would expect from Goode. At the end, the dancer Felipe Barrueto Cabello, who has not played a major role so far, is suddenly seizing the microphone, filling up the screen with an angry face, lamenting the ridiculousness of all this Woody-Allan-style neurosis, when the world, the greater world, is so filled-to-the-brim with real problems. This piece, Goode seems to be saying, is just a product of a couple of successful, middle-aged white, gay, male artists. Who cares?

"Deeply There" is a revival of a much-lauded 1999 piece about a group of friends and neighbors who create a de facto family during the final decline of a man dying of AIDS. Here, every character, including the family dog, gets to talk and sing, and the dynamics, which include a sister (Burritt) who feuds with the surviving partner (Goode) before coming to some kind of terms by the end, are episodic rather than multi-dimensional. Seen in 2006, the piece seems almost nostalgic, a reminder of the alliances and deep connections made by survivors throughout the ordeal that affected San Francisco perhaps more than any other place.

Goode, in his own way, turns the horror into opportunity. With humor, humility, athletic dancing and all the elements of medium-budget contemporary dance-theatre (video, sets, full-time dancers who can sing and act, good lighting and costumes, original music) he creates a heart-warming occasion rather than something darker. From what we&#146;ve seen of the last thirty seconds of his latest work, however, there may be some heavier stuff coming our way in the near future.