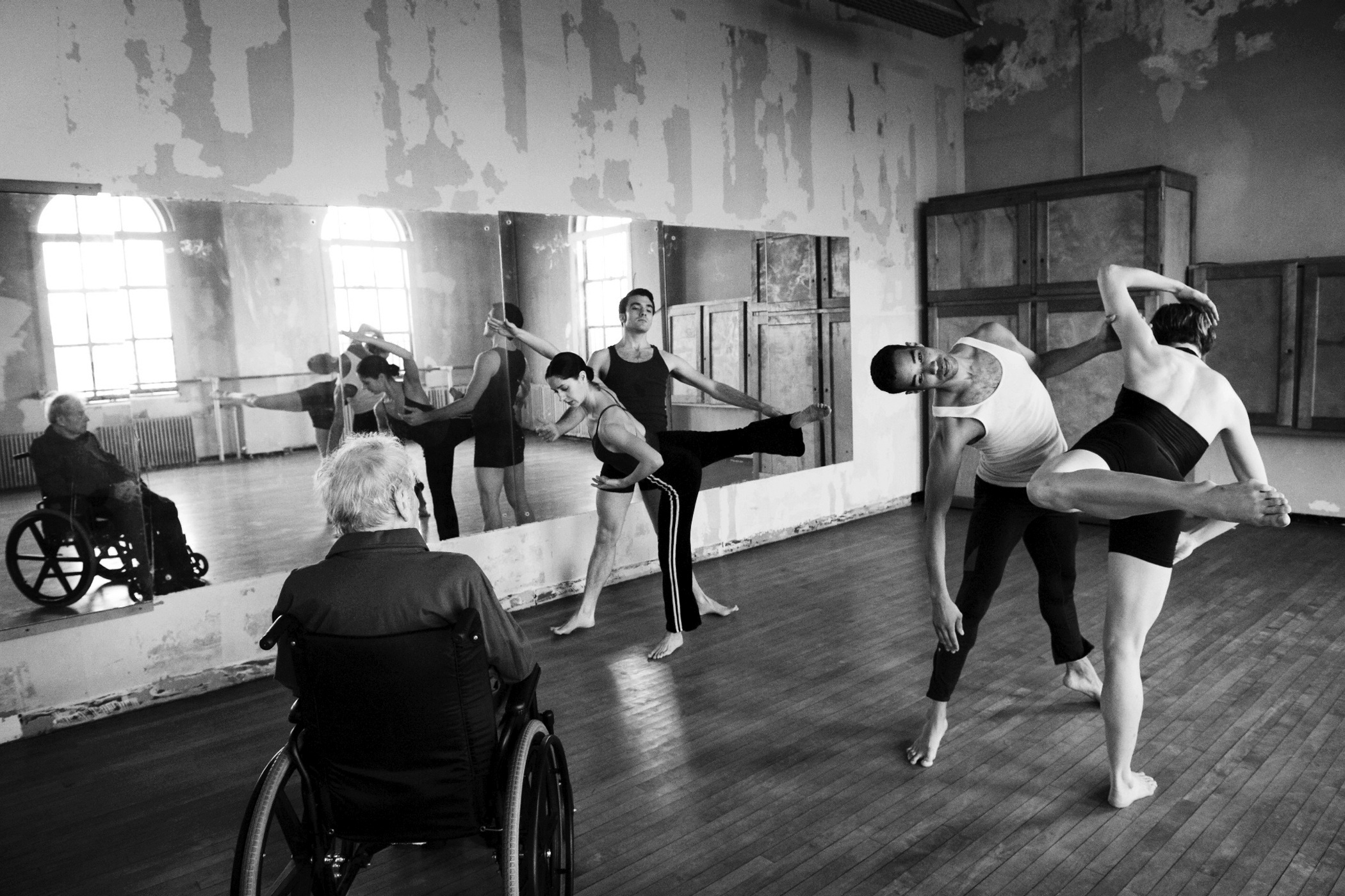 If the late Merce Cunningham had placed a call for dancers for his most recent work, Nearly Ninety2,  it might have looked something like this:
Wanted: 11 dancers with virtuosic talent.  Must have a high tolerance for bright light, high pitches, unitards.

The Merce Cunningham Dance Company brilliantly executed their Friday night performance of Nearly Ninety2 at the Krannert Center for the Performing Arts.  The eighty minute piece highlighted the extreme technical prowess and physical endurance of the company as it subjected the dancers to blinding lights and deafeningly high frequencies of sound.

Though traditional Cunningham movement vocabulary was upheld, Nearly Ninety2 held glimmers of outside stylistic influence.  In a solo moment onstage, dancer Rashaun Mitchell introduced a low pelvic undercurve that was viewed both from the front and backside of his body.  Though the movement maintained a languid, unthreatening quality, Mitchell’s focal intent lent evident sensuality and broke the typical sterility of Cunningham’s work.  The influence of African dance soon migrated into Mitchell’s torso and produced brief moments of spinal undulation.

Though the traditional “get-down” quality of African dance did not rear its head, Ninety  contained what, for Cunningham, was a significant amount of floorwork.  Dancers did not fluidly move in and out of the floor; rather, they used the surface as an unwavering alternate source of stability and support.  One male dancer explored isometric contractions and angular extensions with added upper body support but his pelvis never came into contact with the floor.

This aesthetic rang true throughout the piece, save the last five minutes. Women were supported in a variety of horizontal falls, often just barely escaping a submission to gravity.  Instead, female bodies were folded and recalibrated into a standing position with the assistive counterbalance of their male cohorts.  A downstage trio emphasized mutual support and community as a female dragged her male partners ahead.  Cunningham’s signature upper body curve evoked a sense of submission and unwillingness in the men while the upright female asserted power and confidence.

Such a connectedness between dancers is not always present in Cunningham’s choreography, making this performance particularly savory.  Company members engaged in moments of playfulness with one another and a number of smiles popped up over the course of the piece. These moments were not showy, nor were they choreographed; the genuine quality of the emotions added extra fortification to a piece that was already structurally sound.

Overall, Nearly Ninety2 proved that Merce Cunningham’s passion for dance had an undying vitality in life that will continue to thrive in his work postmortem. In a field where the body is the artist’s conduit, who could ask for anything more?