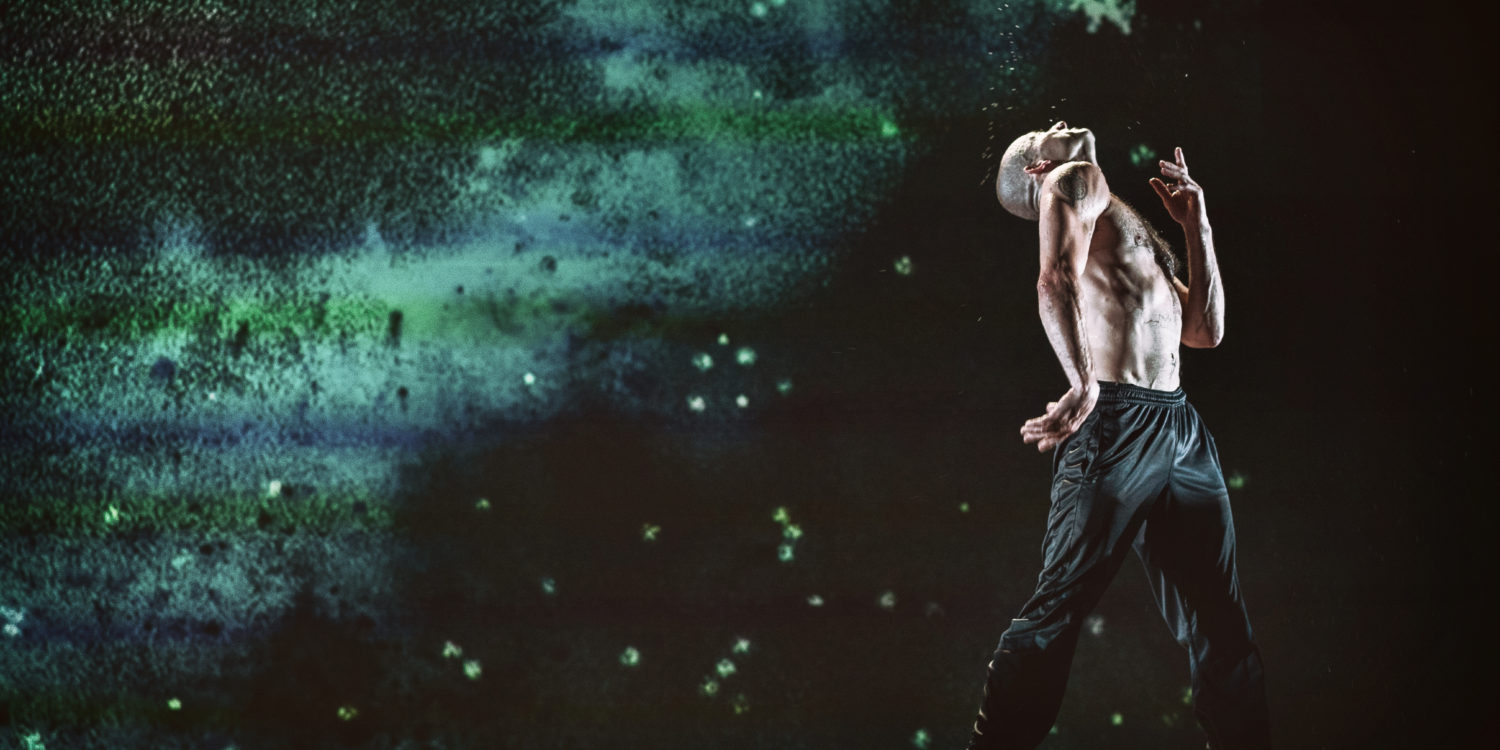 “There will be dancing in the streets…”

ODC celebrates its “50+” Anniversary with Summer Sampler, an enjoyable evening of five works as part of a weekend-long celebration. Thursday’s opening night launched the festivities, with a Friday performance and after-party for the LGBTQ community, closing night on Saturday, and dancing-in-the-street block party on Sunday afternoon, including a free dance performance of KT Nelson’s “Path of Miracles.”

Kimi Okada’s “Two if by Sea” (2014), started the Summer Sampler, featuring the theatrical, too adorable, tap dancing, (almost) Punch and Judy couple, Rachel Furst & Ryan Rouland Smith. Dressed in a 40s-styled wardrobe (Lis Brent, costumes) with Furst in a summer dress and gloves and Smith in suspenders and double-pleated trousers. Together they create their own foot stomping, Mores code soundtrack of syncopated toe-tapping that motivates their slapstick movement. The duet is perfectly cast; Smith towers over Furst with sensational fluidity, double her size, as Furst, with her Lois Lane attitude and office-blonde hair, is in total control as she melts into Smith’s Superman stature. Furst’s precise timing and comical flair delights, making every flippant interaction endearing.

“Impulse” (2014) by guest choreographer Dexandro Montalvo is a sexy kind of pole dance without the pole…vibrantly set to Someone Else & Miskate’s throbbing techno-club-beat. To their pounding rhythms, four female dancers—Mia J Chong, Allie Papazian, Cora Cilburn, and Miche Wong–slide through jazzy arabesques and hipster grande jetes keeping the performance edgy and casually suggestive. Clad in nude-colored stretch tops and black leggings, suggesting dancing topless, three dancers move through formations that are offset by the fourth, countering their patterns with a different pace and launching into a brief solo. This was Mia J Chong’s farewell performance with ODC before pursuing a graduate degree in choreography.

The dynamic interactions, pairings, and rhythmic patterns created in “Impulse” was followed by a splashy solo performance by Brandon “Private” Freeman in “Going Solo” created by KT Nelson and Freeman (2016.) “Going Solo” explores the no man’s land of finding oneself, the uncertainty of transition, and of finding one’s stride, both psychologically and choreographically. There is a searching and ambiguous quality to much of Freeman’s dancing, including his jogging in place that gradually takes shape, moving towards resolution. Especially near the end when he literally slips and slides on the water he has spilled across the stage, making lemonade from the lemons that life has dealt him. Max Richter’s melodic music ends the performance, overlaying a romantic, peaceful element to Freeman’s watery persistence.

The second part of the evening included a wholesome duet, “Veronica and Vincent” (2011) by Amy Seiwert. Wholesome, as in the way Aaron Copland’s “Appalachian Springs” is of another time and place, a time of innocence, when relationships seemed less complicated, and husband and wife roles were easily defined. Both Rachel Furst and Brandon “Private” Freeman return for this period piece, dancing on an area rug to clips of an interview made by Daniel Bernard Roumanin (DBR,) which is the soundtrack for their dance. The text is in snippets, as if listening to a conversation on a party line, a woman’s voice talking about her husband interspersed with an original violin composition by DBR The simple carpet is all we need to imagine the home around it; the living room where the dance of a married couple took place, is taking place, is being recollected. And the longing for intimacy even in the midst of that relationship. “Veronica and Vincent” is a tender, nostalgic, and delicate offering.

Laurie Anderson’s iconic music from “Big Science,” with its quirky sound, techno beat, and computerized vocals, launched “Unintended Consequences (A Meditation) (2008) by Brenda Way. “O’Superman, Oh, mom and dad…” sings Anderson in her signature robotic style as one dancer’s seemingly random movement becomes a small grouping before leading to a finale of seven dancers. “Everyman, everyman for himself…” croons Anderson as the piece gels in its momentum and numbers. moving from it’s all about me to it’s all about us, with the “us” being the work’s most satisfying and triumphant conclusion.